Alzheimer’s May Be Caused By Poor Diet

A mounting body of evidence suggests that Alzheimer's is a metabolic disease, prompting some doctors to refer to it as "type 3 diabetes." 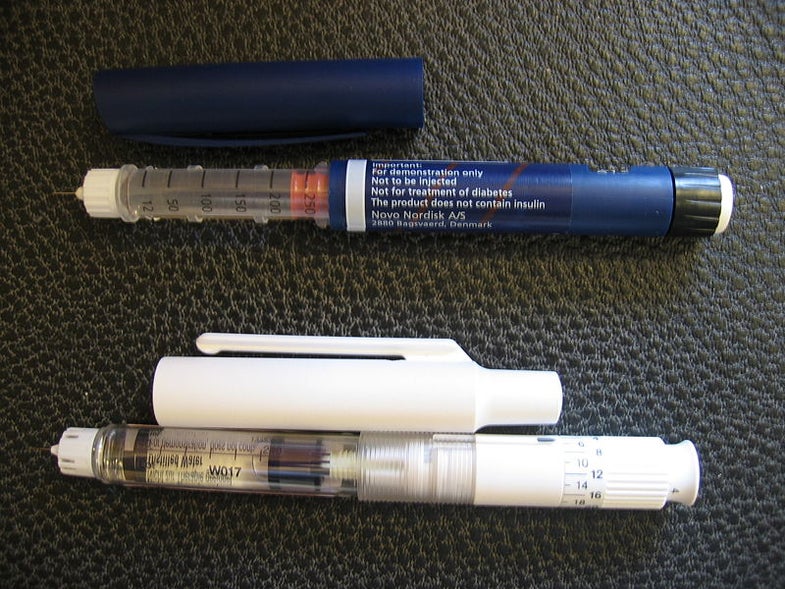 The root causes of Alzheimer’s disease are still a scientific uncertainty, though there’s no lack of suggestions and opinions circulating in the biomedical community. But here’s one we hadn’t yet heard that is gaining traction amid increasing evidence: Alzheimer’s is primarily a metabolic disease much like diabetes. At its root, a poor diet can be the instigator of this degenerative neurological condition. The evidence is so stark that some scientists have even taken to referring to Alzheimer’s as type 3 diabetes.

The latest cover of New Scientist (released September 1) carries a story that has pushed this theory into the popular consciousness, apparently, and the evidence indeed paints a dire picture: 35 million Alzheimer’s sufferers worldwide, with that number expected to increase to 100 million by 2050 based on population aging. Tripling rates of type 2 diabetes in the U.S. alone, where it’s no secret that our diets are less than perfectly healthy. And there are distinct relationships between incidences of Alzheimer’s and either a lack of natural insulin in the body or an impairment of the brain’s ability to respond to it.

First, a quick primer on diabetes. Without going into textbook detail, diabetes (type 2 , anyhow, which is the most common form) describes a condition in which the body experiences excessive blood glucose. This is cause by a deficiency in insulin (and hence why patients use insulin pumps or injections to remedy their blood sugar imbalances). Insulin is a hormone that is naturally produced in the body to signal the liver, muscles, and body fat to absorb glucose from the blood. Diabetes indicates either an impairment of the body’s ability to produce insulin, or some kind of inability in glucose-absorbing organs and tissues to receive and act on those insulin signals.

There’s a long-established link between Alzheimer’s and type 2 diabetes as well as with obesity, but what’s becoming increasingly obvious from study after study is that those who die of Alzheimer’s are generally found to have low insulin levels in the brain. This has led researchers to conclude that insulin isn’t just produced in the pancreas, but in the brain as well, and here it plays a vital role in neuron signaling as well as cell growth and lifespan.

This isn’t hard fact or scientific principle just yet, but the evidence is mounting, further reinforcing something that we all know is intrinsically true: you really are what you eat. You’ll need a free login to read the piece at New Scientist, but there’s additional context over at the Guardian.