But wait, there's a catch 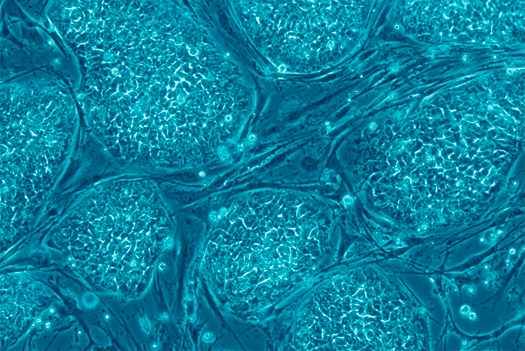 Potentially big stem cell news out of the New York Stem Cell Foundation Laboratory today in Nature, though in our experience it’s always good to temper one’s expectations when it comes to these sorts of things. After all, we’ve thought we cracked the code on embryonic stem cell cloning technology more than once, only to find this kind of biology is much more difficult and complex than originally thought. Nonetheless, researchers have reprogrammed an adult human egg to an embryonic state and used it to create a self-reproducing embryonic stem cell line. And that’s a big deal.

But it’s not the holy grail of stem cell research. The cell line they created doesn’t produce true clones containing perfect copies of the donor’s DNA, and therefore are more or less clinically ineffective. But the development does represent a step forward for the field, and answers some important questions plaguing stem cell science.

So here’s where we’re at: Scientists are trying to take an unfertilized egg, swap out the single set of chromosomes in the egg for the two sets of chromosomes in a patient’s adult cells, and initiate a process wherein the egg develops per the instructions of the new DNA.

Usually, this process fails. Cultures stop developing after a division or two. So the NY Stem Cell team went looking for the root cause of failure. Through a series of experiments they found that whatever the problem is, it’s introduced during the removal of the egg’s native single chromosome DNA. So they did what most of us do–they skipped a step.

They just left the native DNA in there and inserted the donor DNA alongside it. The reprogramming worked, and they produced an embryo that developed up to what’s known as the blastocyst stage, where the culture contains nearly 100 cells. At this point, stem cells can be extracted from the batch.

Of course, there’s still the problem of the extra set of chromosomes rattling around in there. This makes the stem cells incompatible with the DNA donor’s tissue, so from a clinical standpoint they are roughly worthless. But from a research standpoint, a step forward is a step forward. With the problem isolated, they are now looking at new approaches to remove the native DNA from the egg that won’t cause the hiccup that halts cell division. That could take awhile, but at least now we think we’re moving in the right direction.