Scientists Use Stem Cells to Generate Human Eggs in the Lab 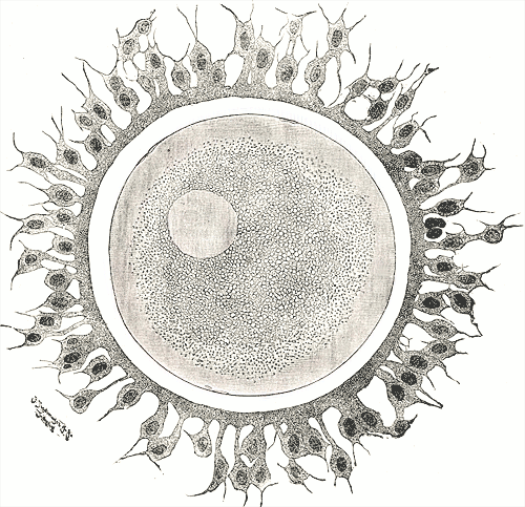 The conventional line of thinking says that women can produce only a finite number of egg cells over their lifetimes. Some researchers dispute this, but a new study suggests that it might not matter. Researchers at Massachusetts General Hospital claim they have isolated stem cells from human ovaries and used them to generate egg cells in the lab, a breakthrough that could someday lead to new infertility treatments.

Those treatments are a long way off, but the finding is nonetheless pretty huge. It means that not only could stem cells be isolated from women with fertility problems to produce eggs in the lab, but that biologists could gain whole new insights into the way fertility works–how eggs are impacted by things like nutrition and pharmaceuticals.

The new study comes on the heels of a number of recent animal fertility studies that suggest that adult mice produce the same kind of stem cells that can produce healthy eggs and healthy offspring. Using equipment that can identify a specific protein found on the surfaces of reproductive cells (both male and female), scientists isolated them in the lab. They then showed that the mice cells wold generate viable eggs, capable of producing healthy embryos.

But it was unclear if the same technique would work with humans. To find out, a team of researchers obtained reproductive stem cells donated by Japanese women undergoing gender reassignment because of gender identity disorder. From these stem cells, the team was able to generate immature egg cells that showed the properties of human eggs. The researchers then placed the stem cells into human ovarian tissue and placed that into mice. Within a couple of weeks, these cells generated the proper ovarian structures for producing eggs, as well as egg cells that appear healthy and ready for fertilization.

Of course, there’s no telling yet whether that’s really the case. In the U.S., researchers aren’t allowed to fertilize human eggs in the lab just to see what happens, and there’s no guarantee that a lab-grown cell wouldn’t develop some kind of abnormality (actually, this happens a lot). Initial use of the technique would be to create eggs for research use in the lab (sans fertilization of course). But fertility treatments, while on the distant horizon, aren’t out of the question at some point in the future.