A new drug that blocks a stress-provoked immune molecule in the brain can dramatically improve memory and learning abilities in... 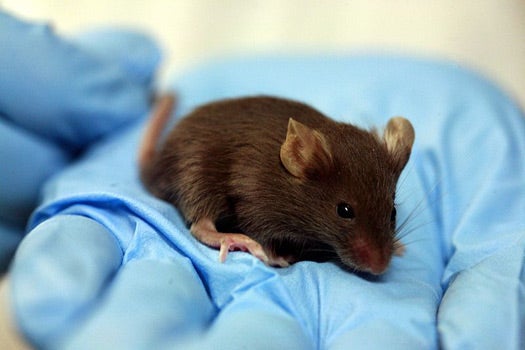 A new drug that blocks a stress-provoked immune molecule in the brain can dramatically improve memory and learning abilities in mice, a new study says. A future pill that can suppress this molecule could show promise as a therapy for Alzheimer’s disease in humans, researchers say.

The treatment involves the enzyme PKR, which protects against viral infections. It serves two functions in the brain, acting as a stress responder that can cause cell death (such as in the case of a viral invasion) and regulating synaptic activity as it relates to the formation of memories. The brains of patients with Alzheimer’s, Huntington’s and other neurological diseases have been found to experience PKR activation. Researchers at the Baylor College of Medicine in Houston and McGill University in Montreal wanted to study the effects of PKR deficiency.

They genetically modified some mice to lack a gene that codes for PKR formation, and subjected the mice to some memory tests. A spatial memory test required mice to use visual cues to find a hidden platform inside a circular pool, for instance. Regular mice had to repeat the task a few times over a few days to remember where the platform was located, but the PKR-deficient mice figured it out after just one training session, according to a Baylor news release. Dr. Mauro Costa-Mattioli, assistant professor of neuroscience at BCM and lead author on the paper, said the researchers found that another immune enzyme, gamma interferon, took over some of PKR’s memory functions. It increased synaptic communication among neurons and gave the mice a sort of “super-memory,” Costa-Mattioli said.

The next step is the most interesting part, and could hold the most promise for research on Alzheimer’s and other neurological disorders. Costa-Mattioli and colleagues figured out a PKR inhibitor and injected it into the stomachs of normal, non-genetically-modified mice. It worked to suppress the PKR, the researchers said. The success of a gut-injected form suggests a pill form could also work well.

That’s several years and several human trials away, of course, but Costa-Mattioli said it could eventually help people who suffer from memory loss. The research appears in the journal Cell.