FYI: My Dog Is A Very Good Listener, But How Much Can He Understand?

That depends. Dogs aren’t linguists, but they have remarkably good social cognition skills. Daniel Povinelli, a psychologist at the University... 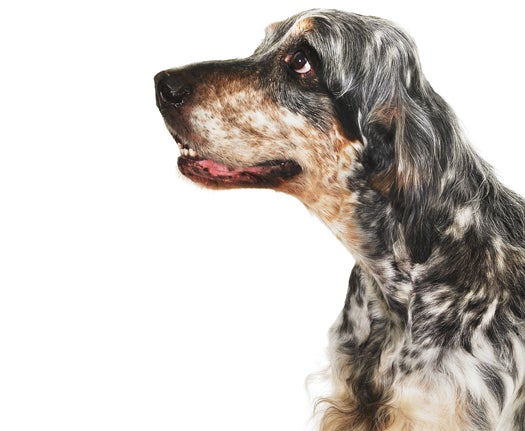 That depends. Dogs aren’t linguists, but they have remarkably good social cognition skills. Daniel Povinelli, a psychologist at the University of Louisiana at Lafayette, tested dogs’ ability to read cues from people. He placed a reward (a scrap of food, for example) under one of two buckets while the dog was out of sight, and he masked both buckets with an odor. Then he brought in the animal and had it guess which bucket held a reward, while researchers gestured toward the correct one. Dogs could determine the correct bucket with the smallest movement, even a slight nod. Povinelli also tested chimpanzees, but they weren’t nearly as good as dogs at reading cues and guessing the correct bucket. Surprisingly, wolves are even worse than chimps at the test, which, Povinelli suggests, is further evidence that dogs’ ability to interpret our movements comes from the two species’ living together for so long that we have co-evolved.

All of that selective breeding has made some dogs better listeners than others. Stanley Coren, a professor of psychology at the University of British Columbia and the author of The Intelligence of Dogs, tried to determine which breeds were most attentive by having 199 dog-obedience judges fill out a lengthy questionnaire. More than half of the judges ranked the Afghan hound as displaying the poorest “working or obedience intelligence,” and nearly all the judges put the border collie in their top 10. Alliston Reid, a professor of psychology who studies dogs at Wofford College in South Carolina, says that border collies, which were bred to herd sheep, are particularly smart, focused and attentive. Reid’s colleague John Pilley trained a border collie named Chaser to identify and retrieve 1,022 different objects on command.

Animals
Ask Us Anything
Dogs
Pets