Good dog parents might think they’re doing their part by using biodegradable baggies to pick up after their pooches. But... 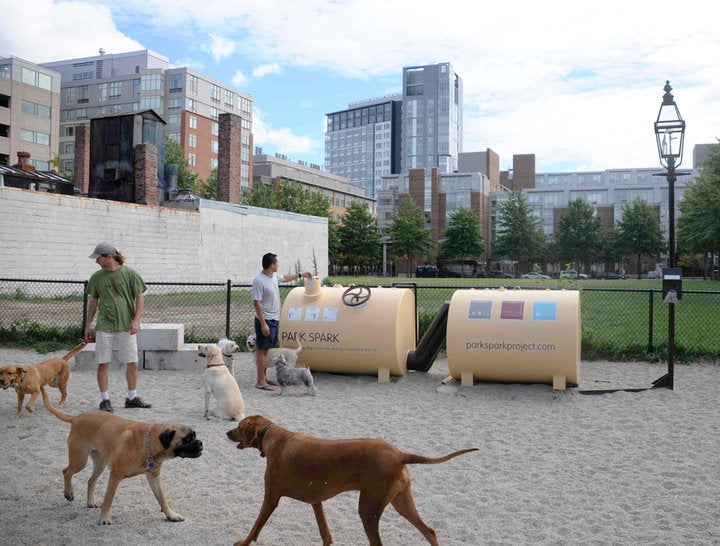 Good dog parents might think they’re doing their part by using biodegradable baggies to pick up after their pooches. But after Fido’s feces go in the trash can and to a landfill, they release methane gas, a significant contributor to the greenhouse effect. A dog park in Cambridge, Mass., has a solution: Add in a methane digester, and let your dog waste power the streetlights, tea cart and popcorn machine.

The Park Spark methane digester, unveiled this week, only powers a streetlight for now — no poop-powered popcorn yet. But it’s a neat concept: Replace trash cans with a public methane digester, and you demonstrate how simple it can be to turn waste into fuel.

“As long as people own pets in the city and throw away dog waste, the production of energy will be continuous and unlimited,” the project’s Web site says.

The project involves three basic steps: Throw your dog’s waste into the digester, where anaerobic bacteria are ready to break it down. Stir the mixture to help methane rise to the top, and burn the methane to generate light or electricity.

After picking up their dogs’ waste in biodegradable bags, visitors to the Park Spark digester can feed the waste through an above-ground tube, and stir it with a hand crank. The bacteria container is buried underground and the methane is piped through the ground to the streetlamp, which burns with an eternal flame. Eventually, the project leaders want to use dog-generated methane to power vendor carts selling human food.

Conceptual artist Matthew Mazzotta came up with the idea, which is partially funded by MIT.