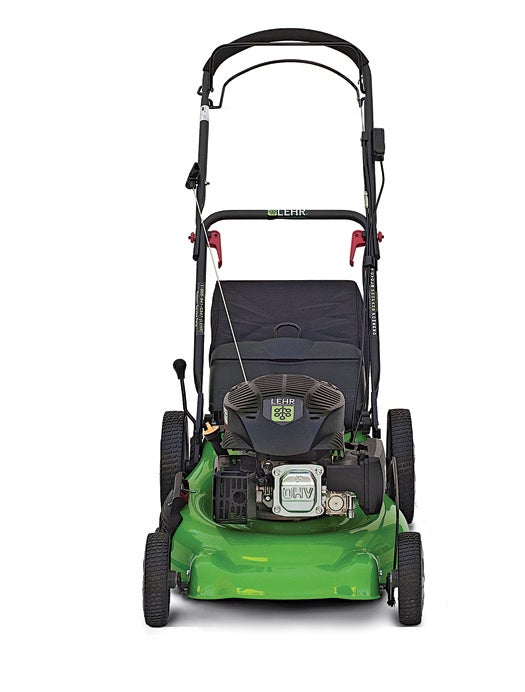 Propane fuels your camp stove and patio grill because it burns efficiently and is easy to store safely. Now the same canisters are making lawn mowers more eco- and user-friendly, too. The propane-powered Eco Mower spews 26 percent less greenhouse gases and 60 percent less carbon monoxide than a gasoline model, plus you can replace its fuel conveniently and inexpensively.

Twist a store-bought 16-ounce can into Lehr’s engine (similar to those in some eco-cars) and mow for up to 90 minutes, 20 to 40 percent longer than the same amount of fuel lasts in a standard mower. Propane is a gas, not a liquid like gasoline, so you’ll avoid greasy buildup, spills and flooded engines. And since it produces almost no carcinogens or particulates, you’ll escape the smoggy exhaust that makes mowing even more of a chore. The Eco Mower burns propane with an ordinary internal combustion engine. But it can eliminate the inefficient carburetor and choke needed to turn liquid gasoline into a usable, vaporized form, because propane is naturally gaseous at normal air pressure. The canister holds propane that’s compressed by high pressure into an easily stored liquid. The propane becomes a gas either as it travels down the fuel line (since an emptying tank or tilted mower reduces the pressure on it) or when it reaches a pressure regulator. This series of spring-loaded valves lowers the force uniformly so that the gas enters the 139cc engine in a steady flow. 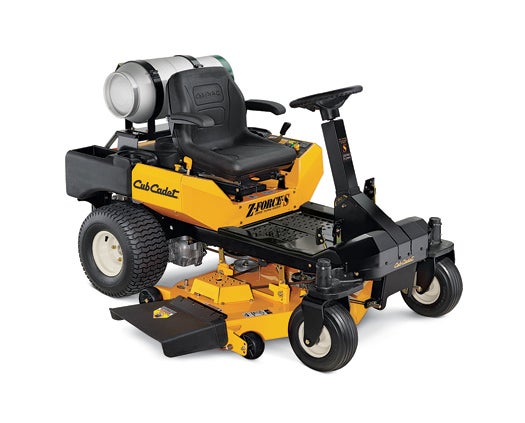 In Related News: Sit on Your Can

Cub Cadet brings propane to a riding mower, giving you green in more places than your lawn. The Z Force S LP’s 33-pound tank is refillable at many gas stations, and pumped propane costs up to a third less than gasoline, so you’ll end up saving cash.

The tank fuels the two-cylinder engine for up to six hours. Although some commercial ride-ons already run on propane, this mower makes the package smaller and more homeowner-friendly. It’s a version of the zero-turn-radius mower controlled by a steering wheel (not levers) that won a PopSci Best of What’s New award in 2007.