This Car Runs on Coffee, in the Name of Science

Readers feeling jittery on their second or third cuppa might giggle at the concept of the Carpuccino, but few car... 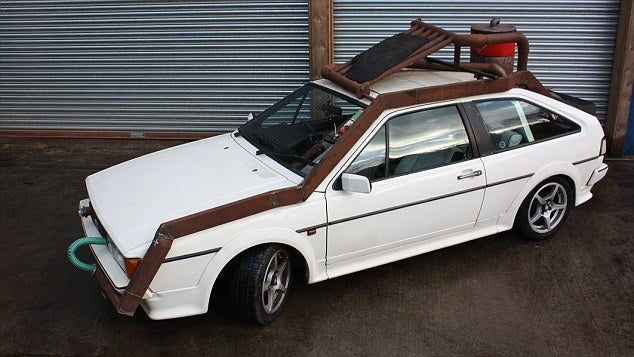 Readers feeling jittery on their second or third cuppa might giggle at the concept of the Carpuccino, but few car owners will. The wacky UK invention comes in the form of a converted 1988 Volkswagen Scirocco that downs about 56 espressos per mile, the Daily Mail reports. That should only cost about 25 to 50 times the cost of running a car on gas.

The concept came out of the BBC1 science program called “Bang Goes the Theory,” and will go on a 210-mile drive between Manchester and London that consumes about 11,760 espressos. But coffee aficionados shouldn’t scream just yet — the fuel comes from waste coffee grounds provided by a branch of Costa Coffee. 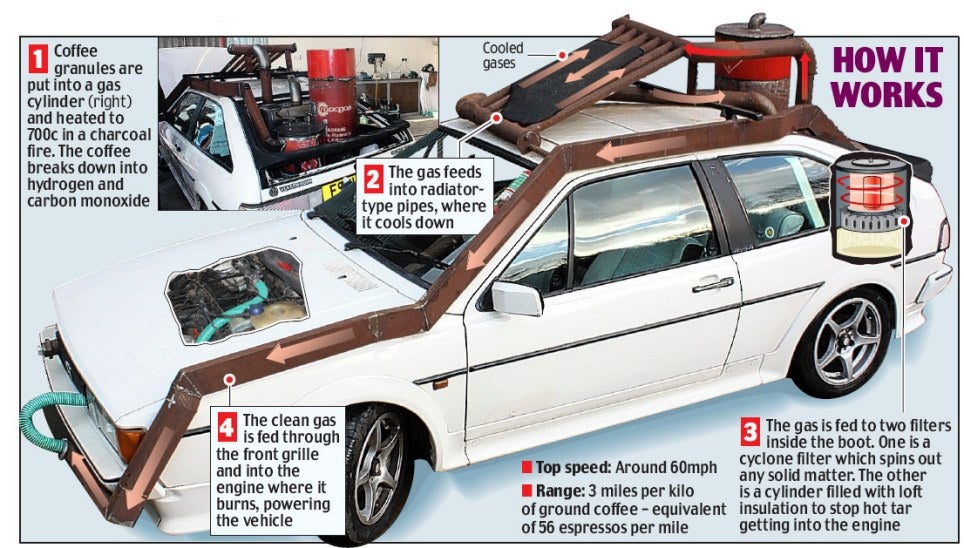 A top speed of about 60 mph won’t save the UK crew from making pit stops to refill the tank every 30 to 45 miles. There’s also the added task of cleaning out soot and tar from the car’s “coffee filters” about every 60 miles.

This clearly won’t win awards for greenest machine anytime soon, if ever. But as with many bizarre concepts, it’s all in the name of science education. The car’s gasification process might also work for equally tasty fuel such as walnut shells or agricultural waste.

Anyone in the UK with an itch to see this technological marvel (monstrosity?) can check out The Big Bang: UK Young Scientists’ and Engineers’ Fair from March 11 to 13 in Manchester. The coffee-powered episode of “Bang Goes the Theory” is set to run on BBC1 on May 3.