It’s amazing what you can learn with a high-frame-rate X-ray camera, a cup of beef broth, and a Portuguese water... 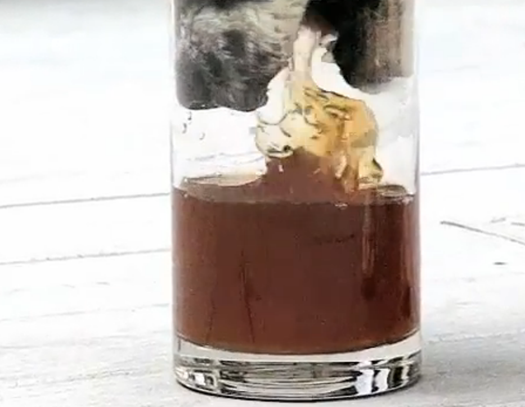 It’s amazing what you can learn with a high-frame-rate X-ray camera, a cup of beef broth, and a Portuguese water dog. For instance, we knew that dogs are obnoxious drinkers, but we didn’t realize that rather than scooping liquids into their mouths with the undersides of their tongues, they actually tap a trick of fluid mechanics–just as cats do–to pull columns of water from the water bowl into their mouths.

Thanks to evolutionary biologist Alfred Crompton and some Harvard colleagues, now we know. Crompton’s study of the mechanics of canine drinking published today in the Journal of the Royal Society Biology Letters, and included are the videos seen above and, in X-ray, below. The videos and complementing study show that, contrary to conventional thought on the matter, dogs drink exactly like cats.

While dogs do pick up a certain amount of water by curling the undersides of their tongues, most of that ends up back in the bowl (or elsewhere). Rather, the flattened tongue barely nicks the surface of the water before snapping back, and when it does so it manages to pull a column of liquid into the air behind it–a column that the canine can then bite down on almost as it would a solid.

It actually takes three or four laps for the dog to work the water along its tongue and the roof of its mouth and into the throat. Which might explain why it seems like that last lap always ends up all over the floor.