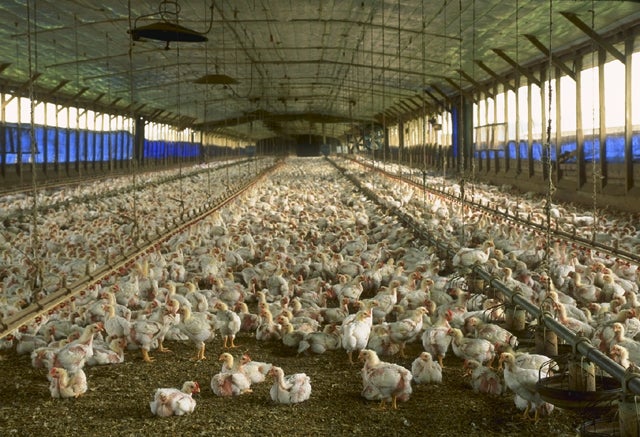 According to a new study, organic feed produces measurably different gene expression in chickens compared to normal feed, even if the ingredients are the same. The finding surprised researchers at the Louis Bolk Institute in the Netherlands, where a large research project is underway to examine possible health effects of differently produced feed.

Those 49 genes may not sound like much among 20,000 chicken genes. But the Dutch researchers note that seven of the 49 genes were involved in helping the chickens synthesize cholesterol, when just 30 genes are involved in the overall cholesterol biosynthesis.

“Cholesterol is a building material for many substances, such as hormones,” said Astrid de Greeff, a scientist with Livestock Research in Lelystad. “We don’t know yet what the cholesterol does in the chickens.”

Factory farming manages to efficiently feed much of today’s world, and yet it has some demonstrated downsides based on chemical spraying and other practices.

But this study seems to be one of the first to show a biological difference on the (chicken) consumer end, based solely on whether the feed ingredients were grown organically or not — we’re not even talking about genetically modified organisms here. What this all means remains to be seen.