The Microsoft chairman, it turns out, has a small history of dabbling in climate-altering schemes 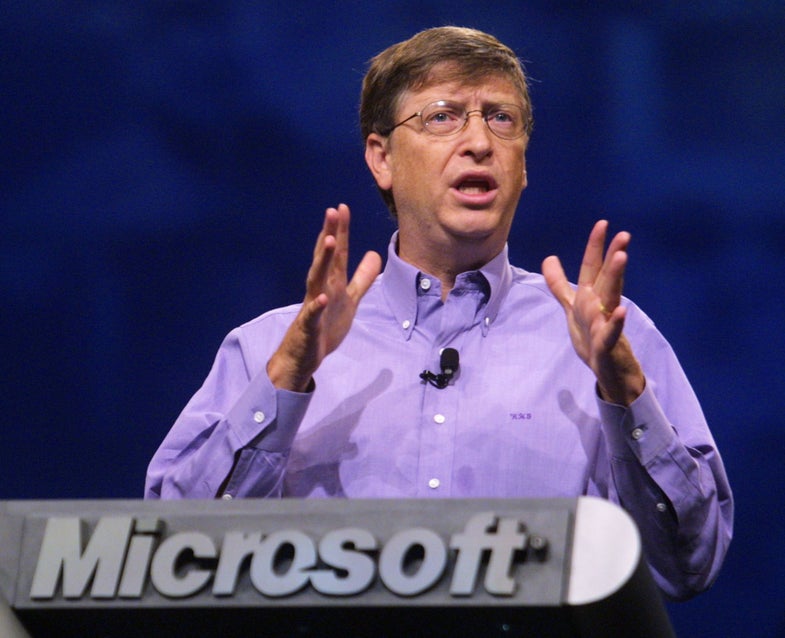 Bill Gates has already proven his interest in geoengineering schemes with his earlier co-patent filing for reducing the intensity of killer hurricanes. So perhaps we’re not too surprised that Science Insider has dug up the Microsoft chairman’s past projects on altering the Earth’s climate, ranging from filtering carbon dioxide to reflecting sunlight via brighter clouds.

The billionaire founder of the PC has apparently quietly funneled $4.5 million of his own money to geoengineering research since 2007. Two researchers who have served as energy and climate advisers for Gates — Ken Caldeira of the Carnegie Institution for Science in Palo Alto, California and physicist David Keith of the University of Calgary in Canada — have had the duty of dispensing the money as they saw fit. Naturally, scientists and students working for Keith and Caldeira have benefited from some of the philanthropic money. But geoengineering conferences held in Cambridge, Massachusetts and Edinburgh, Scotland have also received backing from Gates.

More funding has gone to Armand Neukermans, a Silicon Valley entrepreneur who envisions ships that spray a fine salty mist of seawater into the air to create ocean clouds. The idea of using clouds to reflect sunlight and help reduce global temperatures has drawn support from others in the past, but many scientists still consider such geoengineering schemes as a desperate last resort for tackling climate change.

Keep in mind that Gates has not funded any field trials of geoengineering, and that $4.5 million represents a drop in the bucket these days for almost any research. But the billionaire’s sentiment regarding climate change was made clear in a recent Huffington Post column where he argues that innovative technological solutions have become necessary, and that the world can no longer rely on just changing consumer behavior or pushing for energy efficiency.