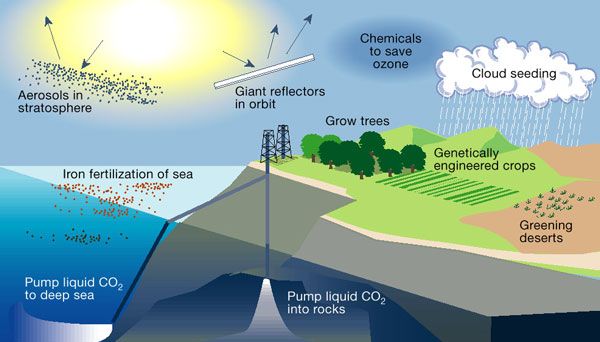 Earlier this year, Russian scientists carried out perhaps the first true geoengineering trial that could help combat rising global temperatures. But their efforts received little attention until a recent Mother Jones story by Chris Mooney, a science journalist who also blogs for Discover.

Scientists have long known that aerosols in the atmosphere can reduce the amount of sunlight reaching the Earth, and so some geoengineering schemes had proposed cutting global temperatures by deploying aerosols. The Russian scientists put that plan into action by placing aerosol generators on a helicopter and a car chassis, so that they could spew sulfates at heights of up to 656 feet (200 meters) and see how much that cut back on sunlight.

The field test proved that the concept works, according to study results published in the journal Russian Meteorology and Hydrology in July. Lead scientist Yuri A. Israel, a top scientific advisor to Vladimir Putin, has also suggested ramping up the technological possibilities of aerosol-based engineering. Israel remains among the minority skeptical of human-caused global warming, but has embraced geoengineering.

This is a very different venture compared to cloud seeding efforts, such as Moscow’s plans to divert heavy snowfall, or China’s similar effort that dumped a crippling snowstorm on Beijing. Cloud seeding focuses on manipulating local weather and specifically causing rain or snow — by contrast, the aerosol geoengineering has been considered for use on a global scale to reduce global temperatures.

As Mooney suggests, this may prompt other scientists and policymakers to really scrutinize geoengineering schemes and perhaps put restrictions on them. After all, the relative ease of carrying out such experiments means that anyone with enough money and know-how could carry them out.

[Mother Jones via The Intersection]