Bored With PCs, Bill Gates Sets His Sights On Controlling the Weather 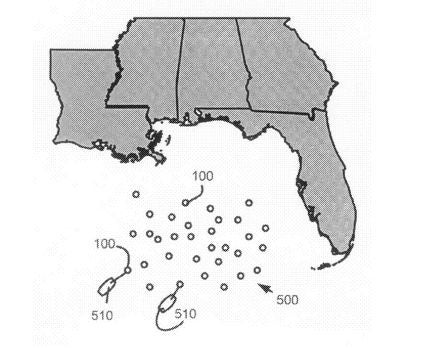 Truly this is the age of Greenfinger: Billionaire Bill Gates has patented the idea to halt hurricanes by decreasing the surface temperature of the ocean.

The patent calls for a large fleet of specially equipped ships which would mix warm water from the ocean surface with colder water down below, according to five new patents that include Microsoft’s chairman as a co-inventor. That could then reduce or perhaps eliminate the heat-driven condensation which hurricanes feed upon, thus significantly reducing their intensity.

Patent-watcher “theodp” first spotted the new patent filings, and told TechFlash that the scheme reminded him of something Mr. Burns might have concocted in “The Simpsons” — if the fictional industrialist hadn’t already blown his master plan on blocking out the sun.

The hurricane-stopper plan apparently hatched from a meeting of Intellectual Ventures, a patent house which regularly gathers scientists and technologists to brainstorm together. TechFlash notes that the official filings came through an Intellectual Ventures affiliate, Searete LLC.

One of the five patents also suggests how to pay
for the massive seagoing fleet, including selling insurance policies in hurricane-prone areas — so much for the billionaire backer.

This represents just the latest in a long line of geoengineering proposals aimed at taming Mother Nature, whether aimed at climate change or hurricanes. Even the prestigious National Academy of Sciences held a workshop in June on geoengineering, although that ended with disagreements on whether the cure might be worse than the problem.

We previously looked at other plans regarding hurricanes, such as sending supersonic jets slicing into the eye of the giant storms. But for now, it’s likely that coastal cities should at least invest in more grounded ideas to become hurricane-proof.