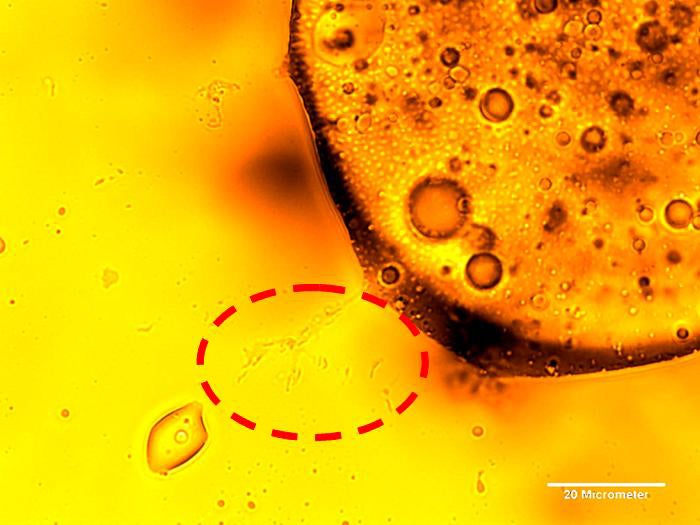 Remember how we told you last week about the problem of variables when studying the Gulf oil spill? Here’s another one: according to a new study, a heretofore unseen species of bacteria is eating the oil, and eating it efficiently. Thanks to these cold-loving, oil-munching bugs, the huge oil plume we learned about last week is probably gone, according to Terry Hazen, a microbial ecologist at Lawrence Berkeley National Laboratory and principal investigator at the Energy Biosciences Institute.

“In the last three weeks, we haven’t been able to detect the deepwater plume anywhere we’ve gone,” he said in an interview. “It appears to have been completely biodegraded and diluted out. Like the surface (oil), we can no longer find it.”

Remember how we also told you about the added variable of politics and money? This finding was partly funded by research dollars from BP. The funds were from an existing 10-year BP grant and have nothing to do with the oil spill, though.

Hazen, with Berkeley Lab’s earth sciences division, said the bacteria are adapted to break down oil at very cold temperatures, which was somewhat surprising. It’s the first time anyone has ever studied microbial degradation at such depths.

The bacteria also appear to do this without a lot of oxygen, which is more good news for those concerned about oxygen-free “dead zones” in the water column. Hazen and more than 30 colleagues report on their findings in a paper published today in the online edition of the journal Science.

Last week, Richard Camilli et. al announced the discovery of a massive oil plume, but said they could not yet tell how dense it was, how much of the spilled oil was in it, and other variables. Using oxygen concentrations as a proxy for bacterial degradation — bacteria consume oxygen — they also estimated that bacteria were not breaking down the oil very quickly.

Hazen’s study says not only are bacteria gobbling up the oil, they’ve gobbled up so much that researchers can’t find the plume anymore.

His data comes from more than 200 samples collected between May 25 and June 2, from a plume of oil that extended at least 10 miles past the wellhead (the same plume Camilli et. al announced last week). The Berkeley Lab team used a DNA microchip to study the genes of the bacteria inside the oil plume, and they found a wide variety of hydrocarbon degraders. The chip helped the team identify the new species.

Hazen has spent three decades studying microbial degradation of hydrocarbons. He said he agreed with federal estimates from earlier this month that much of the oil had been degraded, adding that doubters have not been in the field as recently as he: “Most of us that work in this field expected it,” he said. “The ones that didn’t accept it were the ones that hadn’t been out there in the field recently. All of us that have been out there … and are monitoring it, accept that.” 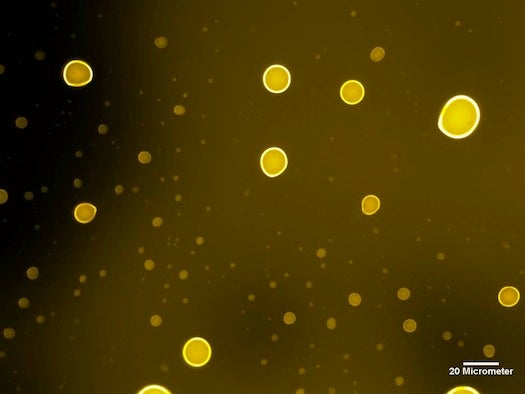 Ron Kendall, chair of the department of environmental toxicology at Texas Tech and director of the university’s Institute for Environmental and Human Health, said the study confirms that at least one huge oil plume exists, and that bacteria are helping to break it down. But no one has yet confirmed Hazen’s findings, which center partly on the faster-than-expected oil biodegradation rates.

“There’s a lot of science that needs to be done. These are just some of the beginning pieces of evidence that, No. 1, plumes exist; No. 2, microbes do exist that can eat the oil in a plume; and No. 3, the (hydrocarbon) half-life phenomena is open to debate,” he said. “I just think that we need to continue to look, and if there’s one plume, there’s probably others. We just can’t find them.”

About that BP funding: In a news release, Berkeley Lab was quick to disclose this, although it has nothing to do with the oil spill. After a competition three years ago, BP awarded a $500 million, 10-year grant to a group of institutions, led by the University of California-Berkeley, to create an Energy Biosciences Institute. The oil giant was interested in obtaining ethanol from cellulose, as well as other research. Last year, BP added about $2 million a year for Hazen’s group to study enhanced hydrocarbon recovery, which includes using marine microorganisms to increase the viscosity of oil inside land-based wells, among other research areas. Hazen said he does not have any restrictions on publishing his work.

“That’s one of the reasons we were able to go out into the field immediately and start working on this. We had already set up whole teams to do these types of things for oil,” Hazen said. “There are no restrictions on us whatsoever in terms of what we’re seeing, in terms of anything that we do. We are a (U.S. Department of Energy) national laboratory and those things wouldn’t be allowed.”

So what does this mean?

For one, we finally have data that explains what happens to the microbial community when oil is released into the deep sea. Organisms that evolved to feed on natural oil-seeps will spring into action, reproducing at exponential rates. Hazen said tracking these organisms could be a new method to find oil hidden in the depths. And at the very least, it’s good news for future oil spill remediation — these microbes are awfully good at breaking down oil.

We also know that this has been happening all along, perhaps from the day the Deepwater Horizon rig exploded. Hazen said widespread use of dispersant may have even sped up the process by breaking the oil into snack-sized microdroplets, making the bacteria’s task easier.

But while the bacteria brings good news, the saga is still far from over. There’s still oil in the ocean, Hazen said, and some hydrocarbon elements can be toxic even at the most dilute concentrations. The fact that bacteria are eating it does not necessarily signal an “all clear” — especially not for the zooplankton, phytoplankton and other marine life that lived with the oil for three months.

When he announced the initial oil plume study last week, Woods Hole marine geochemist Chris Reddy said patience is key: “We all want data in 8 seconds, and that’s just not going to happen in this world. We will know more with time, as more data comes out of the pipeline.”

“Just think about how few days have been spent on the water trying to get this information, versus the scope of the area,” he said.