Unfortunately, they still don't believe in evolution or climate change 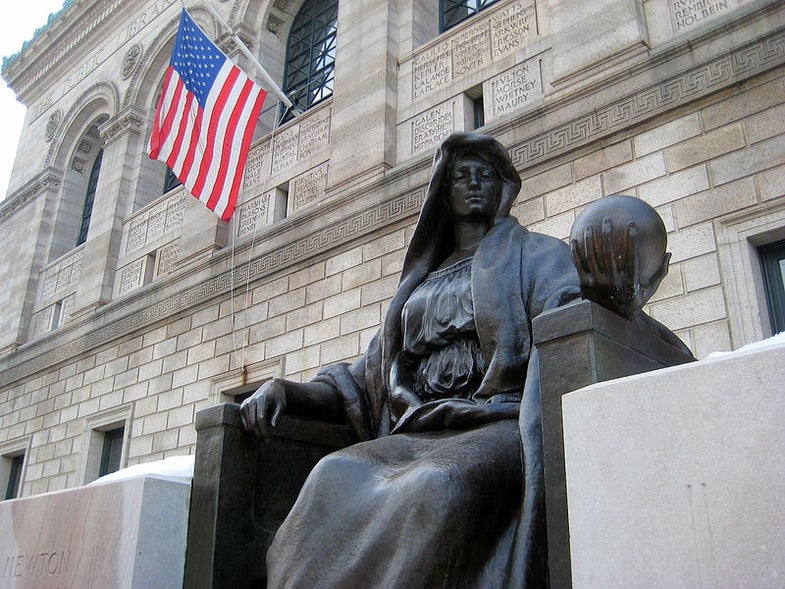 Looking at the recent, highly politicized fights over global warming, stem cell research and evolution, a foreign observer might think that the American public sees scientists as a class of people above sweat shop owners, but below pornographers. Similarly, the outrage on many science blogs over the public response to those issue could lead readers to think that scientists view the American public as angry villagers ready to burn chemists at the stake for witchcraft.

Today, the most comprehensive poll to date exploring the American people’s relationship with science, conducted by the non-partisan Pew Research group, has shown that many of those perceptions are just plain wrong.

The poll contacted 2,001 non-scientists and 2,533 scientists. It found that scientists are optimistic about the health of their profession and the place of American science in the world. Similarly, average Americans love scientists, understand science as they confront it in their daily lives and believe that the government should increase the funding of science. However, there are two large exceptions to that rosy picture.

But first the good news! In the poll, Americans ranked scientists below only teachers and members of the military in respect. The poll also found that 74 percent of non-scientists polled think that government investment in basic science pays off in the long run, and 60 percent said that government investment in research plays a crucial role in the advancement of science. In fact, 84 percent of those polled said science has a positive effect on their lives, even going as far as to say genetics and nuclear power resulted in more good than ill. Plus, 64 percent of the non-scientists polled said they trusted scientists as non-partisan.

Additionally, the non-scientists polled by Pew showed a good understanding of science as it pertains to their daily lives and personal health, with 91 percent of them correctly identifying Aspirin as non-prescription drug that prevents heart attacks (however, only 46 percent knew electrons were smaller than atoms).

However, those disagreements are not due to ignorance. A majority of the climate change deniers and Creationists polled said that they were aware of scientific evidence supporting evolution and human generated climate change, and were aware that the vast majority of scientists believed in evolution and anthropogenic global warming. Oddly enough, even though the Creationists disagreed with the most basic tenants of biological science, 63 percent of them said scientists contributed positively to society.

With such a high percentage of people who disagree with the results of science still praising the work of science, is there a possibility that Creationists and global warming deniers simply don’t understand the actual definition of science?

Scott Keeter, director of survey research for the Pew Research Center, said that he didn’t ask people what their definition of science was, as they thought the question would be too divisive. He did, however, say that 76 percent of the scientists polled thought that the media couldn’t distinguish between good and bad science.

So if anti-evolutionists and the global warming denying tin-foil-hat crowd don’t understand science, maybe they should be reading more Popular Science! Or I just need to work harder. Sorry America, my bad.