In a highlight of last week's conference, Gates calls for zero emissions and agrees with Obama: We need nukes 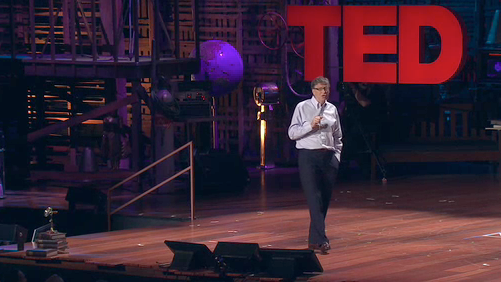 There are plenty of reasons to disagree with President Obama and Bill Gates, but there’s no denying that both men are profoundly smart. And when they start agreeing on something, lesser minds like us should probably take notice. In his recent TED talk, the former Microsoft chairman sided with the president in identifying nuclear power as the only economically viable option for providing a growing world with power, while stopping the CO2 emissions that cause global warming.

In particular, Gates singled out a company called TerraPower, which designs nuclear reactors that run on depleted and unenriched uranium. By producing power from these less pure forms of uranium, TerraPower’s reactors would produce electricity at a far lower cost than current nuclear plants, since they could use both spent fuel from other reactors and skip the costly enrichment process for newly mined uranium. Plus, by running on used fuel rods, TerraPower reactors also solve the problem of nuclear waste. So far, TerraPower reactors running on U-238 have succeeded in computer simulations, but have yet to see action in the real world.

For Gates, the lower cost is paramount. As someone who loves profit, and has had some problems with the government in the past, Gates realizes that any energy supported entirely by Washington won’t fly in the long run. He believes that TerraPower reactors will work in the free market, so long as people get over their aversion to nuclear power and shell out the start up money.

The whole talk is fascinating, as he clearly articulates the link between energy, poverty, and global warming, as well as the pros and cons of the different energy solutions. Check out the whole talk below, and then let’s hear what you think about his proposed analysis and solutions.