The rundown on this week’s ‘ring of fire’ eclipse

The fiery event will be partially visible in many parts of the US. 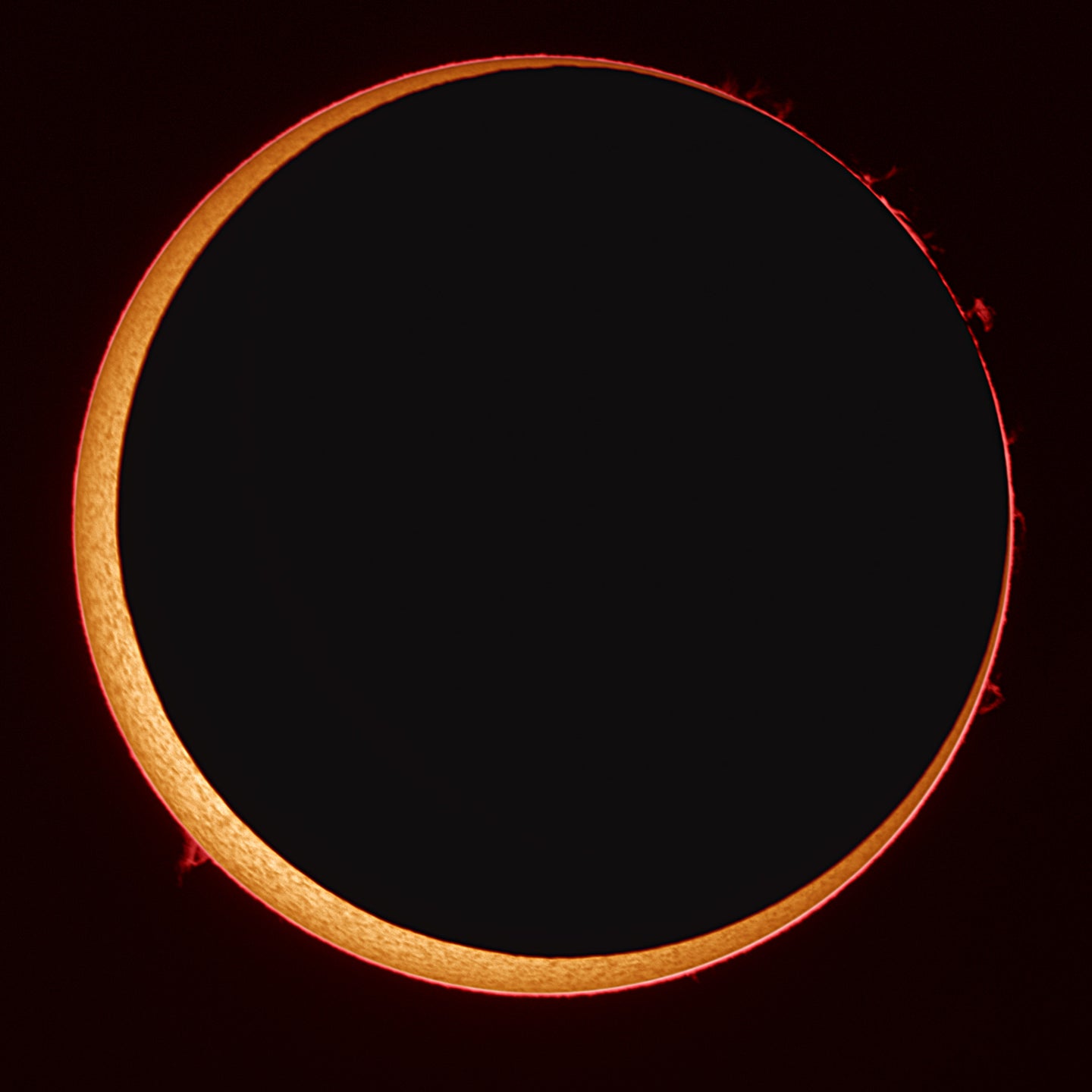 A 'ring of fire' eclipse happens when the moon is farthest from Earth. This year's event will be on Thursday, June 10. Stefan Seip
SHARE

In the wee hours of the morning this Thursday, the moon will slide in front of our star to make the rising sun appear as a thin, fiery crescent. While only a lucky few in the icy North will get a full view of this event—known officially as an annular solar eclipse and lovingly as the ring of fire—stargazers in much of Europe and northern and eastern North America can still get a glimpse, if only partially.

The stars must literally align for this rare event to take place. The moon needs to be in its first lunar phase, also known as a new moon. It also has to be at its farthest point from Earth, making it appear smaller in the sky. These circumstances are what allows the edge of the sun to peek out around the moon and form the iconic ring of fire, appearing as a dark disk surrounded by bursts of light. In places where only a partial eclipse is visible, that darker disk will only appear to cover a section of the sun.

To see it, look east along the horizon before, during, and just after sunrise to experience the ring of fire. Make sure you have an unobstructed view of the horizon, ideally on a body of water. This way you may even be able to see the so-called “devil’s horns” of the sun, the two points of crescent-appearing sun peeking above the horizon.

People in remote parts of Canada, Greenland, and northern Russia will be the only ones able to see the full ring of fire. Check out this guide from the National Science Foundation to figure out if you’ll be able to see the event.

Through all this celestial excitement, it’s crucial to remember that you should never look directly at the sun, even just for a partial eclipse. If you don’t have eclipse-safe glasses (not just regular sunglasses!) ready to go for the big day, check out our guides to making your own eclipse projector instead.