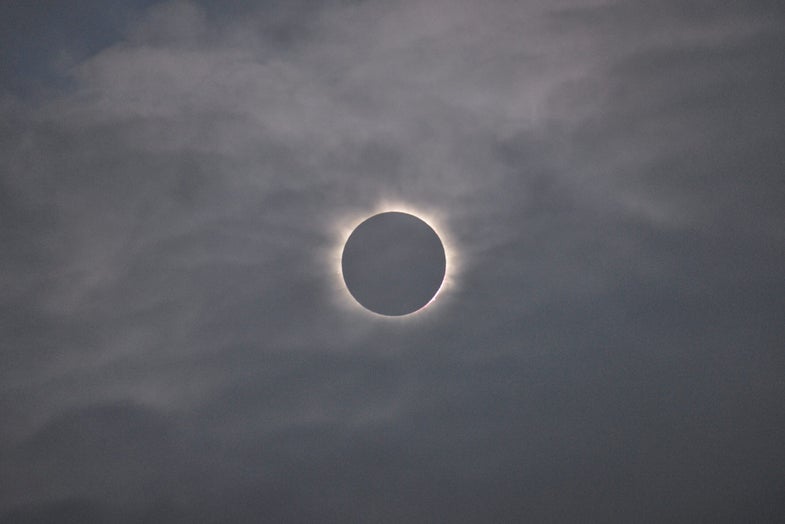 Much of Europe–along with some of North Africa and the Middle East–awoke to a stunning solar eclipse this morning. The rare event drew diehard eclipse chasers and researchers to the two remote areas where one could experience a total solar eclipse: the Faroe Islands, where I observed from, and the remote Norwegian island of Svalbard. That’s where most of the scientists went.

The rest of the coverage area enjoyed a partial eclipse, with anywhere from 60 to 95 percent blockage of the Sun by the Moon. Images of that began flooding the Internet as soon as the show started at 8:30 a.m. GMT.

But for those of us committed to totality, snapping a picture of this eclipse proved to be a bit complicated. Both of the viewing areas have notoriously unpredictable weather, and the scientists chose Svalbard because there was a statistically greater chance that they’d have clear skies for their observations. Fortunately, conditions were just right for them.

I spoke to one of the scientists, astrophysicist Jay Pasachoff from Williams College, before he left for Svalbard; he discusses what researchers were hoping to glean from the eclipse. “The Sun is very interesting for a lot of reasons,” he explained. “It changes all the time, including from day to day. An eclipse lets us see the corona in great detail–and in far higher resolution than space-based instruments. Studying that tells us how the Sun shines, and we can apply that knowledge to our understanding of other stars.”

Eclipses also help shed light on our own atmosphere, since the high-speed transition from light to dark and back again has measurable impacts on the immediate atmospheric environment. 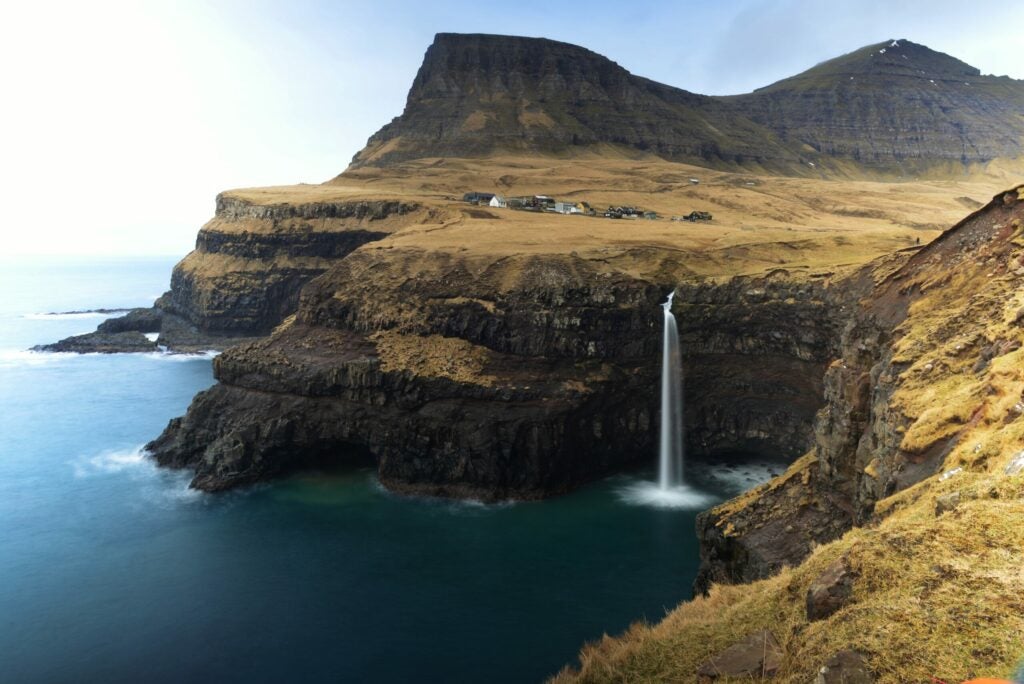 While Pasachoff and the other scientists from around the world appeared to have good conditions this morning, we did NOT. In fact, much of the Faroe Islands missed out entirely. This is tragic, since the population was thrilled about the pending eclipse and highly welcoming of their strange new visitors.

I got lucky, though. I was up before dawn scouting sites and, based on intel from weather reports, made my way through wind-driven rain to the western islands. There I ran into a group of advanced amateur astro-photographers from Germany, Greece, and Denmark.

Admittedly, we weren’t optimistic about our chances of catching totality. It was cold, windy, and raining heavily only an hour before the Sun’s show was scheduled. But eclipse chasers Constantine Emmanouilidi (from Greece) and his partner-in-crime Michael Seeboerger-Weichselbaum (Germany) had been there since 1 a.m. tracking weather patterns, and they seemed certain that the storm would move through and give us a window at just the right time.

Sure enough, it did. For the first time in three days, we saw blue sky materialize a mere 10 minutes prior to totality. The clouds stayed present, even eclipsing our eclipse at several key moments, but we had a clear enough view through the thin, gauzy veil. The effect was brilliant, and we had the spooky thrill of seeing a diamond ring hanging in the sky before us, with a deep black center comprised of the Moon. Cameras clicked incessantly, but we reminded each other to step back from the rigs a few times and just enjoy the moment.

When the whole show ended barely two minutes later, it was all applause and high-fives–and a proposal. Seeboerger-Weichselbaum had brought his girlfriend to the Faroe Islands, and there, in the shadow of the Moon, he proposed to her–completely spontaneously and without a ring.

Happily, she said yes. We cut a discarded eclipse filter into something resembling a ring, and he placed it on her finger. 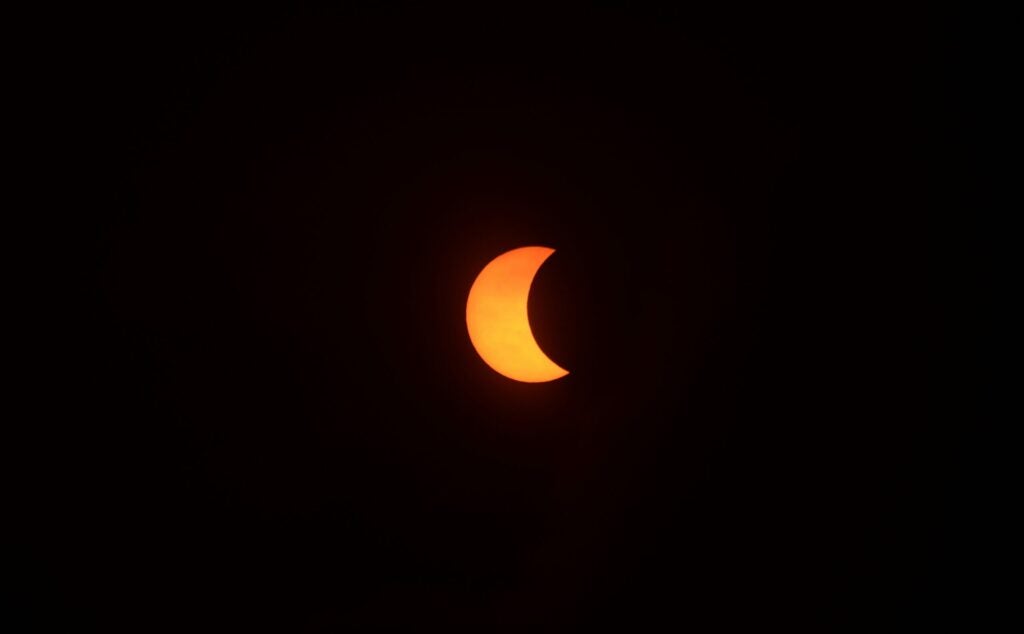