Made with Imperial class 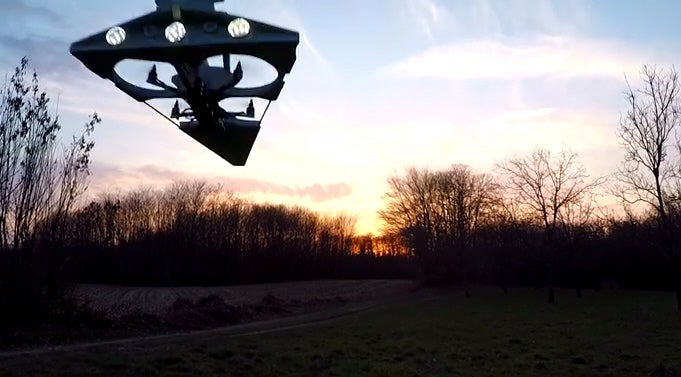 French drone hobbyist Olivier C is building a drone navy. It started with a Millenium Falcon drone, then followed by a TIE Interceptor drone. Now, Olivier C has moved beyond smugglers and starfighters to deliver a capital ship: an Imperial Star Destroyer. Like his previous Star Wars drones, the Star Destroyer is a foam body built on top of a custom quadcopter chassis, and there are giant circular holes in the Star Destroyer’s shape to accommodate the quadcopter’s spinning rotors.

Olivier’s build notes are posted on this RCGroups forum thread, and it looks like he has no plans to stop remaking Star Wars in miniature drone form. Can we expect new drones for new ships after Star Wars: The Force Awakens debuts in December? Will the world ever tire of Star Wars drones? Most importantly of all, how soon until somewhere in the fields of France, Olivier C recreates the entire Battle of Endor?

Watch the Destroyer of Worlds fly below: