Look out for Ewoks! 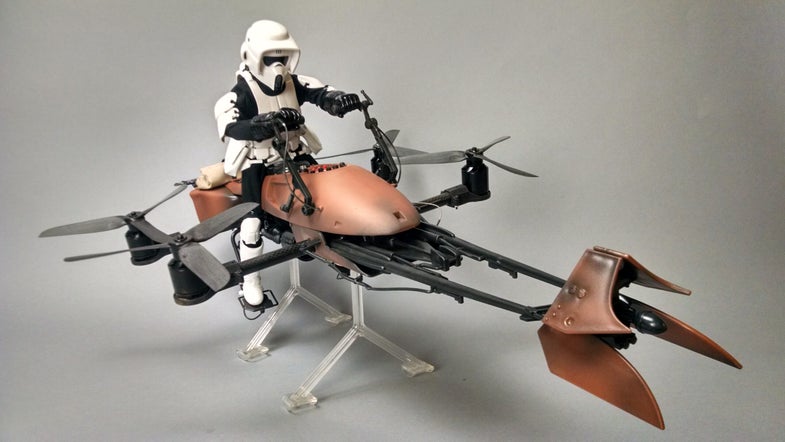 Ever wanted to see the world through the eyes of a Scout Trooper chasing Luke Skywalker through the forest of Endor? Thanks to hobbyist Adam Woodsworth, you can now do so vicariously. Like the work of Olivier C before him, whose quadcopter conversions gave us a drone Millenium Falcon and TIE Interceptor, Woodsworth combined quadcopter parts and a toy to make a vehicle straight out of Return of the Jedi.

Instead of an infamous galactic smuggler or an elite space superiority fighter, Woodsworth gives us a flying speeder bike, and thanks to a forward-pointing camera that can be swapped out in place of the Scout Trooper’s head, it can record video as he’s flying through the air. This is definitely the coolest speeder bike I’ve seen since the last speeder bike I saw.

With three iconic vehicles made in drone form by hobbyists, there’s only several dozen more childhood dreams left to fulfill. Watch the speeder bike drone fly through a park below: