Snoopy Drone Hunts The Skies For The Red Baron 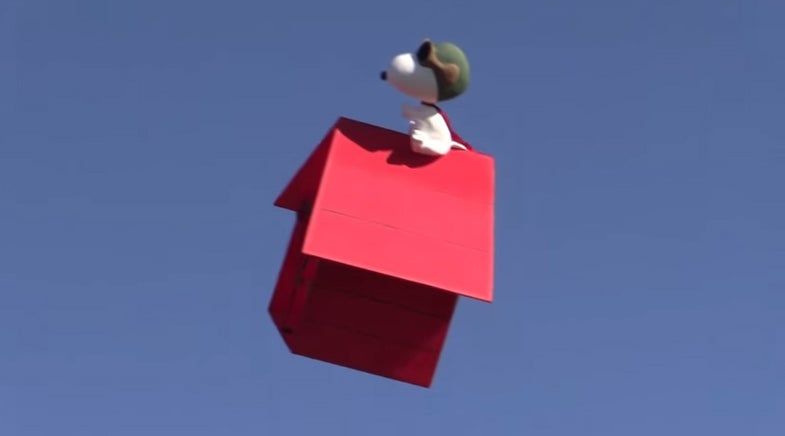 Wearing aviator goggles and a pilot’s scarf, a dog climbs onto the roof of his red doghouse. In seconds he is transformed into a daring aerial ace in combat against the Red Baron. Snoopy-as-dogfighter is now a reality in drone form, thanks to Otto Dieffenbach. Watch Snoopy fly over muddy, grey, wet terrain, a suitable stand-in for the Western Front, below:

Snoopy’s flying doghouse appears to be a light frame built around a remote-control quadcopter. It takes off with Snoopy on his back, nose pointed at the sky, and gives the appearance of a rather elaborate kite. While plenty of unmanned Red Barons lurk in the sky, there might be bigger risks for our WWI ace: there are TIE Fighters and Star Destroyers in the air now.

Below, Snoopy soars in bluer skies, free from any imperial threats.