Not quite ready for battle 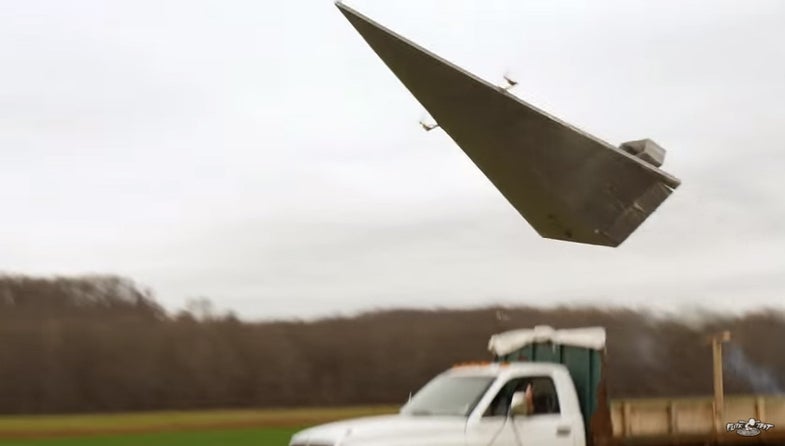 Gigantic flying drones are no new territory for the remote control hobbyists at Flite Test. Previously they’ve launched a drone from an Avengers-inspired drone helicarrier, so why not make something else big and not terribly aerodynamic? This time, to tie-in with the release of Star Wars: The Force Awakens, they made a Star Destroyer. Well, a couple of Star Destroyers, including a 15-foot-long one that has to be launched by a truck.

Made to fly through the vacuum of space in a work of fiction, Star Destroyer bodies aren’t terribly aerodynamic. In fact, very few vehicles from Star Wars are, but that hasn’t prevented hobbyists from making TIE Fighters, Millennium Falcons, and even speeder bikes. There have even been earlier Star Destroyer drones, though none as large as this one.

Most of these earlier drones are quadcopters bodies attached to them. This Star Destroyer, instead, is a giant wedge, powered by a pair of rotors in the front and with massive flaps in the rear. To launch it in the sky, they put it on the back of a truck and drove until it took off.

Watch the full production, filmed in part by a pair of smaller flying drones, below: