Get the CES experience without the walking or dehydration. 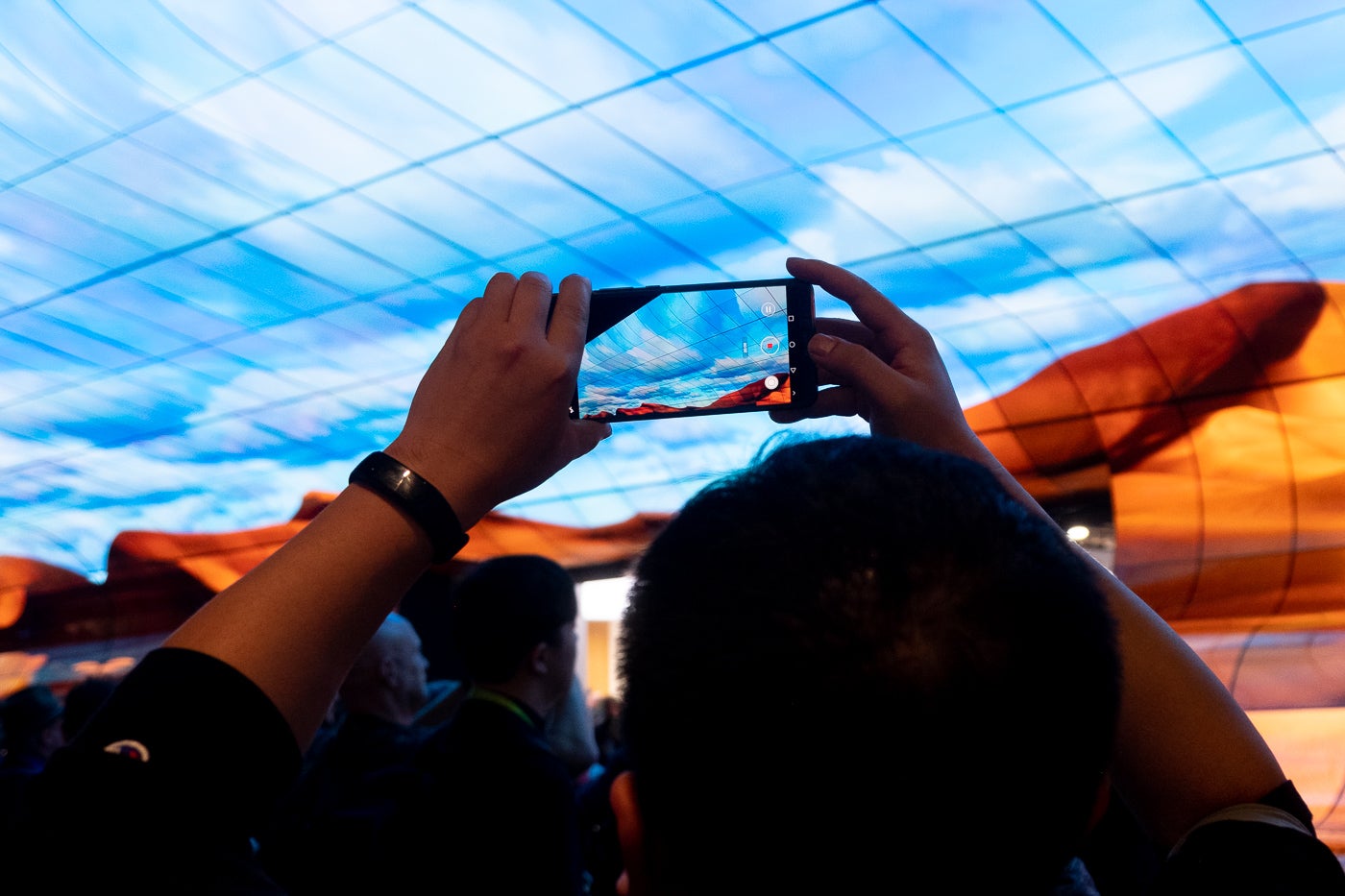 Big TVs have been a CES staple since the days of those big, fat ones of the past and this year is no exception. Samsung announced that its QLED TVs will now come in sizes up up to 98 inches, while LG announced a massive 88-inch TV with an audio system built right into the screen, and Sony’s flagship OLED Z9G line now comes in a 98-inch model as well. Vizio showed off an 85-inch 8K TV it may or may not sell this year, and even TCL—a company best known for its budget-friendly, Netflix-equipped TVs in the U.S.—has a 75-inch screen on display.

All of this is going to be really great when there’s actually 8K content to watch.

There was a “one more thing” at the end of Samsung’s CES press event. The company announced a new robotics platform with a variety of products to help users (and also sell them stuff). The most intriguing is the Bot Care, which is an adorable little android that’s meant to cohabit with elderly people and remind them to do stuff like check their blood pressure or take their medication. The robot also realizes when there’s a health emergency and can alert emergency contacts, or even 911.

Bot Air detects when air quality is subpar and helps filter out pollutants, while the Bot Retail can sell you things and also deliver waffles.

The GENS exoskeletons support specific parts of a wearer’s legs, including the hips, knees, or ankles. They can do some of the work required in walking around to reduce pain, but they can also increase resistance for athletes that want robotic help with their training.

W Labs is an incubator within Whirlpool that’s tasked with developing futuristic appliances. At CES 2019, the lab showed off two different new ovens meant to assist hungry users who want a hand with the cooking. The more extravagant of the two is just a concept called the Connected Hub Wall Oven, which has a 27-inch translucent screen that can display things like step-by-step cooking instructions and even let you take a closer look at your food as it cooks so you can see if your soufflé’s has turned into a catastrophe.

The Smart Countertop Oven is a real, but limited edition, product that works a lot like the June smart oven in that it uses built-in AI to analyze what you’re cooking and help you select the right settings like temperature and cook time. The company is only making 2,000 of the smart ovens, but they all have voice command options from Google Assistant and Alexa. So, we’re one step closer to hucking a frozen turkey into the oven from across the room and shouting, “Alexa, make dinner!” and having it actually work out.

Otterbox made a PopSocket case

Regardless of what other internet hot takes say about PopSockets, those little plastic circles make smartphones a lot easier to hold. Unfortunately, however, they also prevent your phone from laying flat when you put it down on its back. The new Otterbox + Pop cases integrate the PopSocket directly into the iPhone case. The case costs $59, but offers burly phone protection in addition to playing nice with those PopSockets.

HTC made a new VR headset with eye-tracking

Virtual reality is still chugging along here at CES 2019, and HTC has had some of the biggest VR news so far. The company showed off a new version if its high-end Vive headset with eye-tracking technology that lets you look around with more accuracy in virtual worlds. It also lets you perform some tasks like navigating menus simply by focusing your line of sight in different areas.

In addition to its high-end offering, HTC also announced the lower-end Vive Cosmos, which is meant to be a more consumer-friendly model scheduled for later in 2019.

Cutting down on screen time is a big theme in tech right now, unless you’re riding in a car. Samsung, for instance, just announced a new in-car technology suite that has a bigger-than-an-iPad screen for each person to browse content during a ride. A company called Holoride has taken the concept one step further by creating a full-on VR experience meant to entertain riders in Audi cars.

The game is called Marvel’s Avenger’s: Rocket’s Rescue Run and it uses motion cues from the car as well as GPS information about the route to create a custom content experience. That syncing helps cut down on motion sickness and tailor the entertainment to the exact length of the trip. Eventually it will work outside of the Audi stable if Holoride follows through on its plans, which sounds a lot more fun than playing “I Spy” like when we were kids.