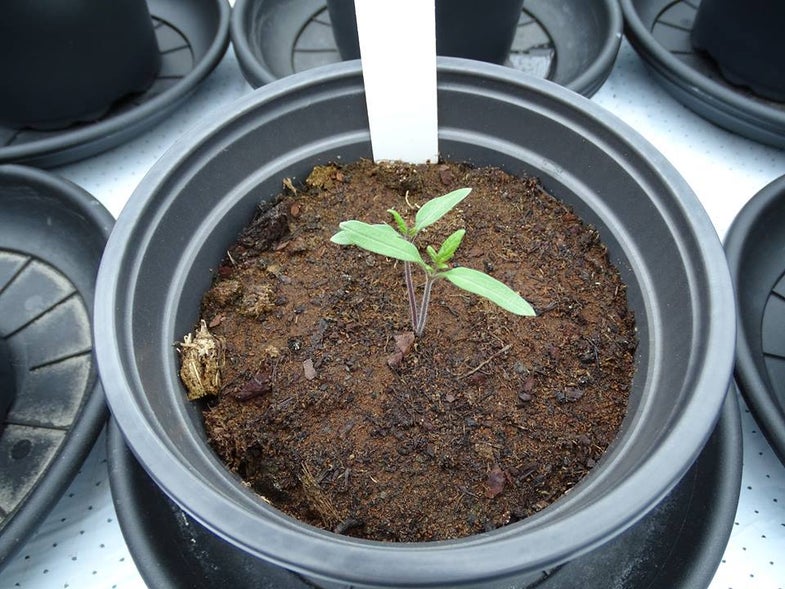 In greenhouses at Wageningen University in the Netherlands, scientists have been growing a very special crop. Since 2013, an experimental group of plants have taken root in soil meant to simulate that on the moon and Mars. The research was funded through a crowdfunding campaign in partnership with Mars One, the project that hopes to send volunteers on a one-way trip to Mars.

The moon and Mars-like soils were mined on Earth, from cinder cone volcanos and craters, and are sandy in texture. The moon soil is nutrient-poor and has a high pH, while the Mars soil has a good amount of carbon and traces of nitrates and ammonium.

The first step of this experiment was to determine whether these plants could actually grow. And they were able to prove that 10 different crops did indeed succeed.

The next step was to figure out whether these crops were actually edible. The fear was that there would be high levels of heavy metals such as copper, cadmium, or lead, since they are present in the soil. But, after testing four of those crops (radishes, peas, rye, and tomatoes), they found that they were safe for consumption. In fact, their heavy metal levels were lower than those of crops grown in regular potting soil.

Perhaps the most important question has yet to be answered. It appears that no one has actually eaten the crops yet. “I’m very curious what they will taste like,” the project’s lead ecologist Wieger Wamelink said in a press release. And the remainder of the 10 crops still need to be tested for human consumption.

You can watch Wamelink talk about his research in the video below: