According to new calculations by astronomers 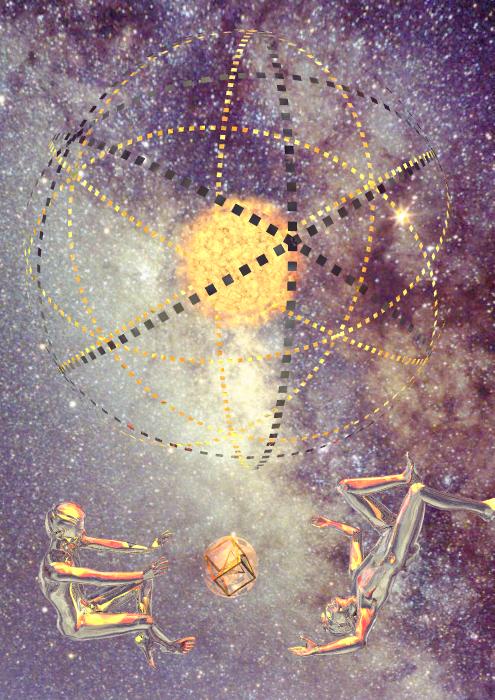 What are the odds that the universe is home to advanced alien civilizations? Astronomer Frank Drake came up with an equation to help scientists ponder those odds back in 1961. Most of the variables of the equation are as yet unsolved, but by turning the equation on its head, and incorporating the latest data from the Kepler telescope, a pair of astronomers has come up with an interesting estimate.

In the New York Times, study author Adam Frank describes the research in an opinion piece titled, “Yes, There Have Been Aliens.”

Drake’s famous equation measures the odds that advanced civilizations are out there and broadcasting their presence. It comes down to (R*) the number of stars born each year that (fp) form planets that (ne) can support life. Out of those that can support life, how many (fl) actually do evolve life, and out of those, how many (fi) evolve intelligent species that (fc) are technologically advanced enough to release detectable signals into space? And then, finally, how long (L) do those civilizations survive to broadcast those signals?

Multiplying all those variables together would give a rough estimate of humanity’s chances of making contact with an alien civilization.

Scientists still don’t know what numbers to plug into most of the variables, but they’re getting closer. They know how many stars are out there, and thanks to the planet-hunting Kepler space telescope, they know that the number of planets is much larger than scientists could have hoped for back in the 60s. Kepler has discovered 2,300 planets so far, leading to the estimate that every star in the sky probably has at least one planet circling it.

The pair also estimates that 20 to 25 percent of planets are likely orbiting in their stars’ habitable zones–the area around a star that’s not so close that all a planet’s water would boil off the surface, and not so far that it would be a frozen wasteland.

That takes care of variables R*, fp, and ne, with four unknowns left. Then the researchers restructured the question to get rid of another variable, L. In study author Adam Frank’s own words:

Frank goes on to explain that pessimistic scientists have estimated that there is only a one in 10 billion chance per planet that an advanced communicative species would evolve. But even with those slim odds, more than a trillion advanced civilizations could have evolved over the history of the universe.

While the calculations don’t say much about whether advanced alien civilizations currently exist, Frank writes, they “almost certainly existed at some point in cosmic history.”