What happens if you put 18 engines on an airplane? Well, if you or I did it, the answer is... 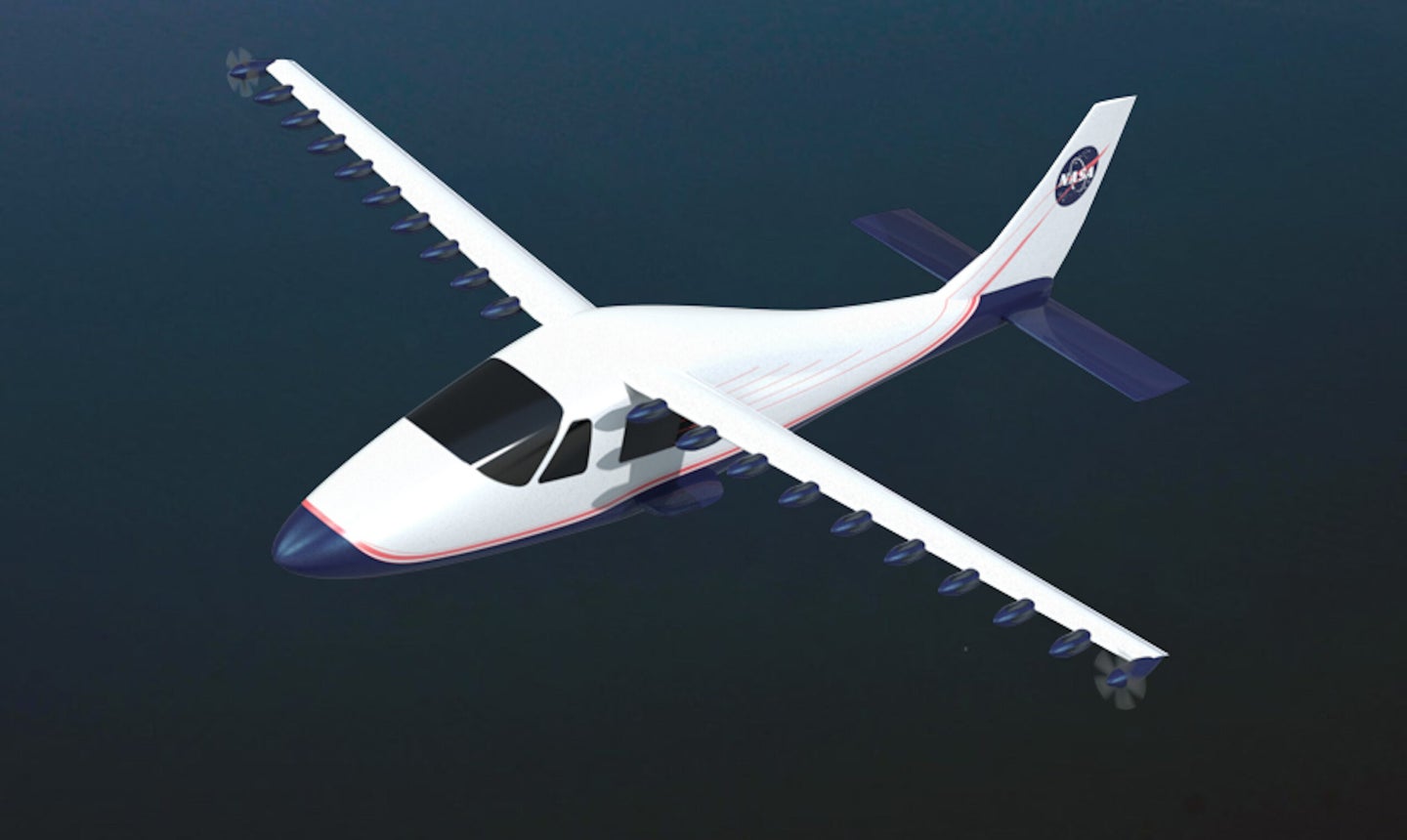 What happens if you put 18 engines on an airplane? Well, if you or I did it, the answer is likely “a disaster.” But when NASA does it, we get the Leading Edge Asynchronous Propellers Technology, or LEAPTech, a brand new wing design that could go on to spark a new type of X-plane.

The 18 engines on the LEAPTech wing allow it to be thinner than normal. They actively blow air over the wing, generating lift while pulling the plane forward. This reduces the amount of heavy lifting the wing needs to do, so the wing doesn’t need to be as wide. The engines are all electric, running off of lithium iron phosphate batteries, which allows for the kind of scaling that isn’t really possible with larger fuel-fed props or jets. Plus, the plane really only needs all 18 engines for maximum lift generation during takeoff. Once the plane is in the air, many of the engines could have their propellers fold flush against the motors, resting as aerodynamically as possible.

When complete, LEAPTech‘s planned cruising speed will be 200 miles per hour, with a range of 230 miles on electric power and 460 miles when running as a hybrid. The tremendous and immediate lift generated by this octodecaprop plane and its mere 31-foot wingspan means it should be able to take off from runways as short as 2,000 feet, which is a good 700 feet shorter than the FAA recommends for small passenger aircraft.

At present, the LEAPTech isn’t even technically a plane yet. All that’s been built so far is the wing with motors attached. To see if this design is aerodynamically feasible, the wing has been fastened to the bed of a truck called the Hybrid-Electric Integrated Systems Testbed, for HEIST (no, really, HEIST). The truck will drive across a dry lakebed at Edwards Air Force base, reaching speeds of up to 70 miles per hour, to test the wing. (“Convoy” should play in the background.) 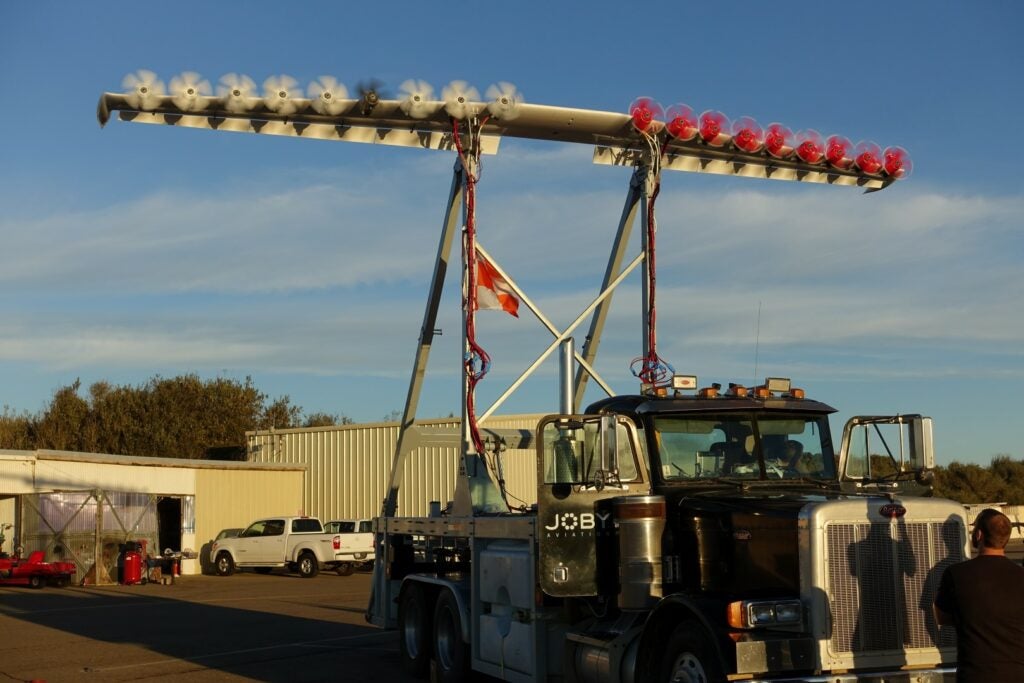 LEAPTech is a collaboration between NASA, Empirical Systems Aerospace and Joby Aviation. After testing on the back of a truck, NASA plans to rip the wings from a Tecnam p2600 and replace them with the LEAPTech. After that, who knows where a design like this could lead?