Spider-Man it is not 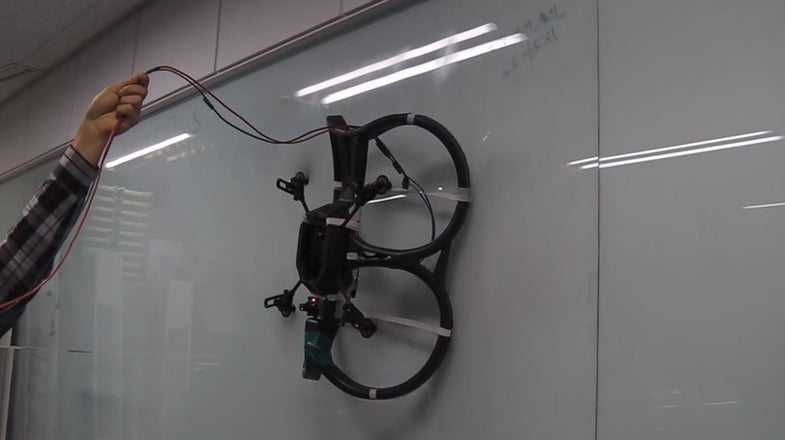 There’s a reason it’s Spider-Man and not Superman who climbs up the walls of buildings: Superman can fly instead. But the KAIST Urban Robotics Lab in South Korea wants to turn flying quadcopters into wall-crawling robots that could wash windows and inspect infrastructure. The result is kind of awkward.

While dedicated wall-climbing robots may do the actual climbing better, there’s one major advantage flying machines have when it comes to working on the outside of a building: when a drone falls, it can usually catch itself in mid-air and fly back to where it belongs. Say the researchers: “The wall-climbing robot can stabilize its position even if it is suddenly detached from the wall by unexpected disturbances, using the flying capability. It makes the maneuverability and safety of the robot improved.”

Watch drones climb a wall below: