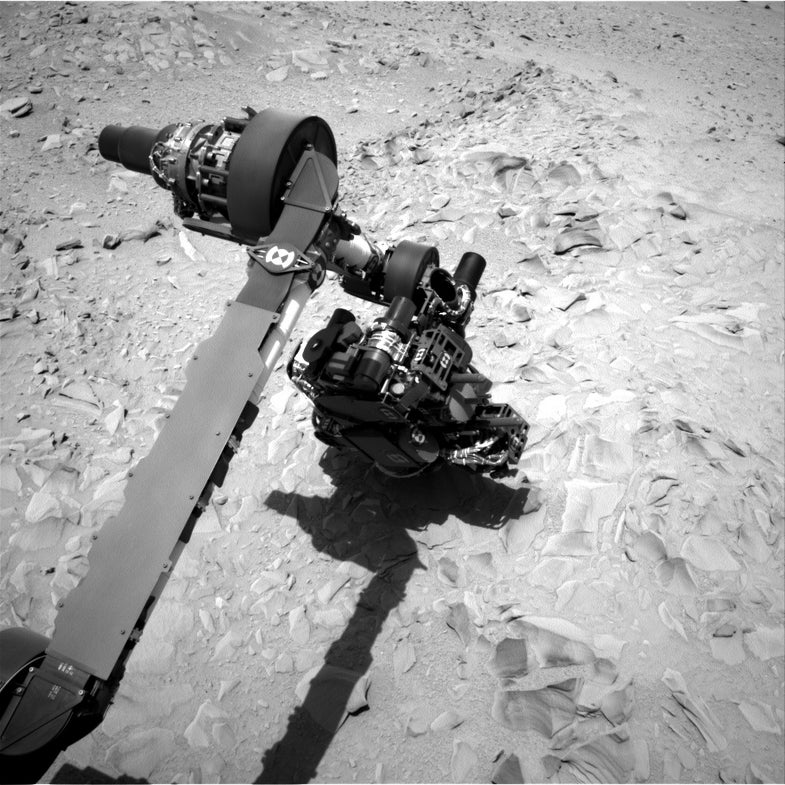 Over the weekend, the Mars rover Curiosity rolled up to an angular rock on Mars and took some closeup images, as well as a sniff of the rock’s chemical composition. This rock is called Bathurst Inlet.

The rover had driven 7 feet the preceding sol (Mars-day) to place itself within arm’s reach of the targets. This picture is from the Mars Hand Lens Imager (MAHLI). Curiosity also took readings with its Alpha Particle X-Ray Spectrometer to identify chemical elements in the rock.

Curiosity has plenty of interesting rocks in its path on the way to its first major destination, the outcrop known as Glenelg. Stay tuned for the latest!