We Finally Know Why Rosetta’s Comet Is Duck-Shaped

Two heads are better than one 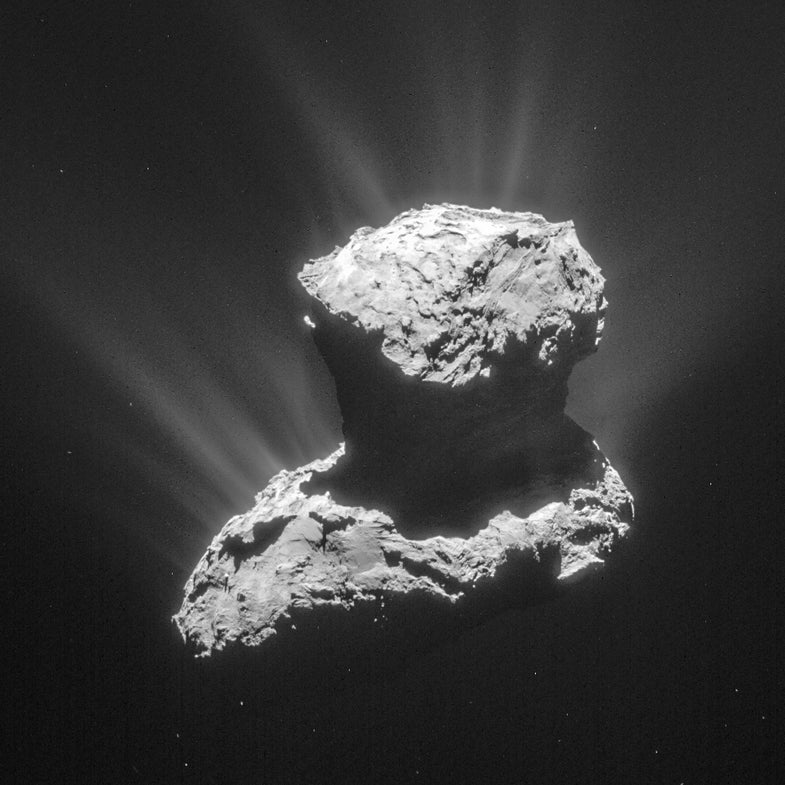 Sometimes, when two space rocks really like each other … they fuse together to form one weird, duck-shaped comet.

Last year, the Rosetta team got quite a surprise when they found out that the spacecraft’s target, Comet 67P/Churyomov-Gerasimenko, was shaped like a duck. No one was sure how the comet came to look that way. Did it start off as one rock that eroded abnormally to form the comet’s “neck”, or was it the result of two rocks crashing into one another?

Now the Rosetta orbiter has given us a clear answer. The comet’s rugged cliffs, terraces, and ridges (formed when the comet’s ice and dust boils off) provide a window into its inner structure, which scientists have pieced together thanks to Rosetta’s cameras.

Like onions and animated ogres, Comet 67P has layers. But it turns out that the layers in the larger lobe don’t match the layers in the smaller lobe, in terms of depth and orientation. A cross-section of the comet’s strata suggests the layers were deposited around two separate nuclei. (If the lobes had formed through the erosion of one body, all the layers would center around one point.) 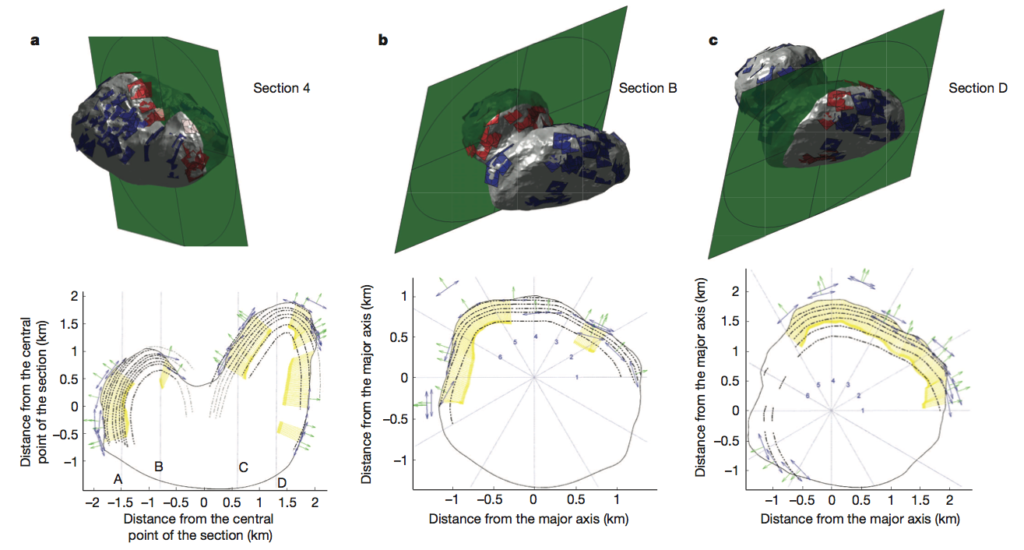 The inner layers of Comet 67P

Adding it all up, it sure looks like the two lobes of 67P came from two different places. Scientists suspected as much, but now they have more evidence to back it up. They think 67P formed when two small comets collided gently (at a speed of just a few meters per second) during the early days of the solar system.

Comet 67P joins the ranks of comets 8P/Tuttle and 103P/Hartley 2, which are also suspected to be binary comets.

And asteroids can be binary, too–just look at the bone-shaped 216 Kleopatra, 4769 Castalia (which kind of looks like a butt), and the bean-like 25142 Itokawa, which was visited by Japan’s Hayabusa spacecraft in 2005. These asteroids are not as old as Comet 67P, though, and their collisions likely occurred at much higher speeds.