Plenty more happened besides 'Star Trek.' Here's what you missed in tech news. 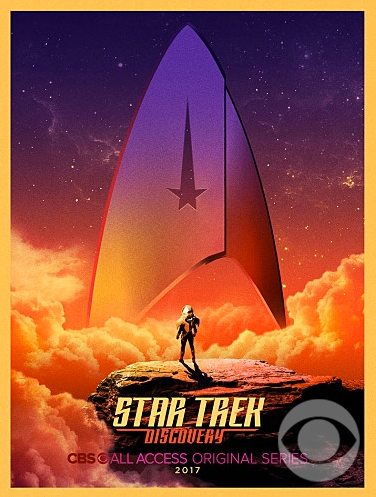 Fall TV premieres are still rolling out for those of you who watch TV in real time instead of using the wait-and-binge-watch method. Last night saw the debut of Star Trek: Discovery, but while you were preparing your best Spock cosplay for the premiere last week, the tech world chugged along. Here’s the lowdown on the big stories from last week.

Amazon sent out a bunch of notifications to let users know someone had bought them a gift from their baby registry. This is news because the users who got this message weren’t actually pregnant. Amazon says the notification was a glitch and that it will send every affected user a free human baby via Amazon Prime 2-day shipping as compensation for the mix-up (not really).

The iPhone 8 reviews are in and the consensus is that it’s the iPhone for people who want to buy the latest iPhone. iFixit, however, dug deep inside the iPhone 8 to see how serviceable it really is. It turns out that glass back—which actually costs more to replace than the screen if you break it—has the wireless charging coil glued directly to it, which is why it’s such a tricky fix.

If you were hoping to take an Uber in London at some point in the future, you’ll be disappointed to find out that the Transport for London authority has decided not to renew Uber’s license to operate. Uber has time to appeal, but the future is currently unclear.

The latest speaker from Bose is called the SoundWear Companion speaker. It’s a hybrid of a speaker and headphones that you wear draped over your shoulders, not over your ears. It also has built-in speakerphone and Siri compatibility. Bose’s directional audio tech points the sound toward your ears, so it minimizes the sound heard by those around you. Of course, if you use headphones at work to prevent people from talking to you, this won’t do the same job. It costs $299.

Popular computer optimization program CCleaner was the target of a major malware attack that could have affected more than two million users. Free versions of CCleaner 5.33 and CCleaner Cloud 1.07.3191 include the exploit.

Going to Ikea is overwhelming, but piling up virtual furniture around your house using the company’s new augmented reality app is stress-free fun. You can preview what furniture will actually look like in your home, or more importantly, you can screw around putting a bunch of couches and $50 waste paper baskets all over your office.

Purveyor of smart home devices, Nest just introduced a handful of new products, the most compelling of which is called Hello and is its first foray into smart doorbells. It’s equipped with a camera and has facial recognition like the Nest IQ, so can let you know who’s at your door. Nest also announced an outdoor version of the excellent Cam IQ.

Staying in the smart home realm, August has updated its Smart Lock with a design overhaul, a battery with double the lifespan, and some smarter features, like DoorSense, which automatically locks the door when it closes. It also warns you if you leave your door open, which sounds like a great feature for truly paranoid people like myself.

Our boy Elon was excited this week because the Tesla S P100D electric car beat every other car in MotorTrend’s annual drag race competition. It ran a 10.5-second quarter mile with a top speed of 125 mph. That’s the hardest accelerating car MotorTrend has ever tested. The Ferrari 488 GTB was just a tenth of a second behind the Tesla, but as the wise Dom Toretto once said while wearing a Dickie’s shirt with the sleeves cut off, “It don’t matter if you win by an inch or a mile. Winning’s winning.”