Over half of Ethiopia’s crop is in peril, and the same goes for other coffee-producing countries. 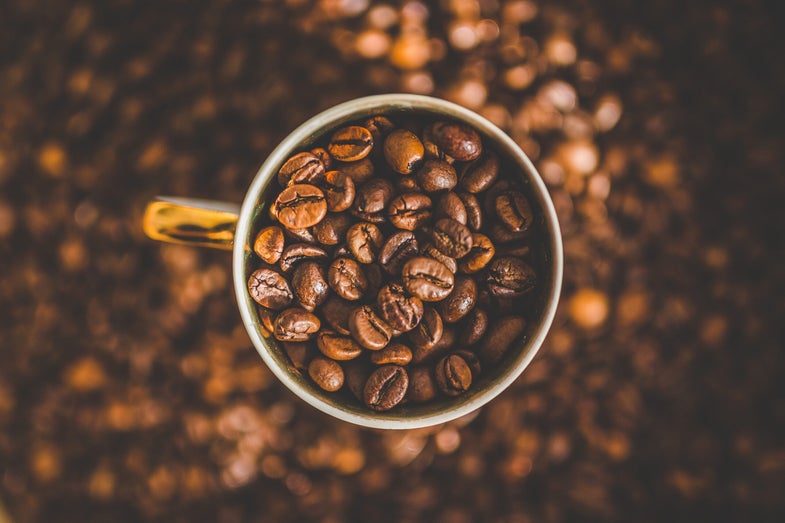 Most people think that climate change is real and is already impacting the world. But not many people think that climate change is affecting them. And that’s understandable when you’re focusing on impacts like warmer winters or more intense storms that never happen to hit you. So think about this more direct impact on your life instead: imagine paying way more for coffee that tastes worse.

Does it feel real yet? Because it does to coffee growers, and if they’re worried you should be too. A new report, just the latest in a long string of studies on climate change and coffee production, found that over half of Ethiopia’s current coffee crop grows in areas that won’t be suitable for agriculture in the near future. The findings were published in the journal Nature Plants. Other reports have similar prognostications for the rest of the world: Brazil, Indonesia, Colombia. All these places will see their coffee-producing lands cut in half by 2050.

We’re used to seeing global warming affecting cold places. Polar bears float on tiny icebergs and penguins wander around on exposed mud. But as the name implies, it is a global phenomenon. Coffee grows in hot climates, so we might not think of it as being at risk. If it gets hotter, so what? Coffee already likes it hot.

Just because coffee plants grow in hot places doesn’t mean they can grow in all hot places. What’s more, those specific locales have a direct impact on the coffee’s taste. Arabica beans, like wine grapes, have something called terroir—the environment in which they grow changes their flavor. That’s why the same varietal of coffee bean grown in two different countries (or even on two sides of the same mountain) will have differing flavor profiles.

One potential “solution” to a shrinking amount of useful land is to move coffee production to a higher altitude where it will be cooler. This recent report found that you could actually increase the available land fourfold. But you can’t just move to a higher altitude environment without changing how the coffee tastes. You may need to change plant varietals, and at a minimum you’ll have different soil quality up there. And that’s not to mention the fact that there’s a limit to how high up you can go. That mountain does reach a peak at some point.

And lest we forget, the task of moving all coffee production to new areas isn’t just about tackling plant problems. Humans grow those beans and those humans will have to change their whole lives to grow coffee differently. Millions of arabica and robusta farmers worldwide would need to physically move and adapt to a new growing culture. That’s no small feat—and it’s not free.

Changing how we grow coffee will cost money

Some of the cost of a changing coffee culture will be shouldered by investors. Companies will need to figure out ways to adjust the agricultural side of things. Maybe if people become more comfortable with genetic engineering, we could try making arabica plants more resistant to heat and drought—but right now public opinion inhibits that tactic. Otherwise, consumers will shoulder the costs of having to establish new farms and try different growing techniques.

Unless we have some proactive measures (and maybe in spite of them), we’re likely to have coffee shortages. And shortages drive prices up. When Brazil had a drought in 2014, coffee prices doubled. What will happen when every country in the world has droughts?

That’s what’s already happening in Ethiopia. Longer, hotter dry seasons have made it difficult for farmers to produce the same volume and quantity of beans. Arabica plants are quite sensitive to small changes in the environment, and they don’t adapt well. Even wild coffee plants are in danger. Ethiopia is the birthplace of coffee, and it still has plenty of wild varietals that farmers use as seed stocks. It’s basically the backup for the world’s coffee supply—and it’s at risk of dying off. Maybe you won’t notice a small year-to-year rise in temperature. But you’re sure as heck going to notice when you can’t afford your coffee anymore and it suddenly tastes awful. So the next time you have a chance to curb your greenhouse gas emissions, don’t just do it so your grandchildren inherit a decent planet: do it for your morning joe.