What happens if Earth gets 2°C warmer?

And why are we trying to avoid it? 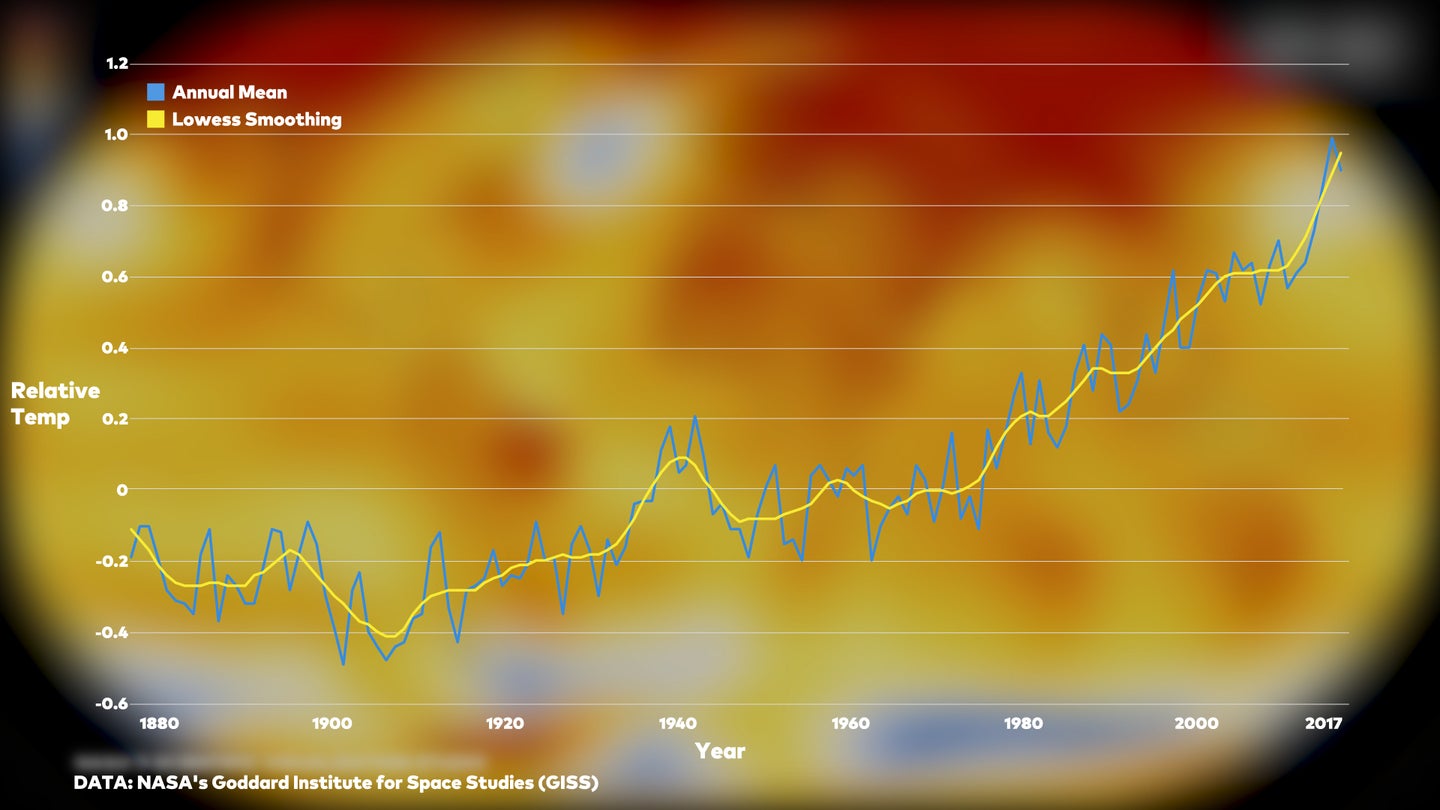 If the world gets warmer by two degrees Celsius, we’re screwed. To prevent that, the United Nations signed the Paris Agreement, an international treaty designed to keep the average global temperature “well below 2°C above pre-industrial levels”…A.K.A. what the Earth was like before factories started spewing greenhouse gases into the air.

Over the last 20 years, that two-degree threshold has been referenced in policies and agreements made by the Council of the European Union, the G8 (now the G7), and more.

So what makes two degrees so important?

It all started in 1975—with, surprisingly, an economist. Dr. William Nordhaus saw the warming planet as a threat to the global economy. He asked his colleagues in the International Institute for Applied Systems Analysis—a group that promotes scientific discovery across disciplines and international borders—”Can We Control Carbon Dioxide?” Nordhaus said an increase in the global average temperature of 2°C (caused by man-made carbon dioxide) would change our climate in ways not seen for “the last several hundred thousand years.”

Where does an economist get 2° from? Nordhaus didn’t make it up, he based it on science. Since he knew carbon dioxide was warming the planet, Nordhaus calculated what would happen if the concentration in the atmosphere was doubled—which equated a global increase of 2°. He also predicted that, at the then-current rates, we were headed for “the danger zone” beyond 2°C around the year 2030.

Over the next 20 years, scientists warned of the dangers of increasing temperatures due to man-made greenhouse gases. In 1992, the UN Framework Convention on Climate Change was established to stop dangerous human interference with the climate, but takes no firm limit on emissions or the rising global temperature. It took another four years for 2° to appear in policy, and it came from the European Council of environment ministers. The United Nations did eventually ratify a two-degree limit in the Paris Agreement…in 2016—more than 40 years after Nordhaus first discussed two degrees Celsius.

Two degrees may not seem like a lot. You likely wouldn’t notice a two-degree fluctuation during your average day. But climate change and global warming refer to long term trends.

During the 20th century, the average global temperature was about 14°C, give or take a few tenths of a degree. Since 1880, the globe has warmed nearly a full degree, but over two-thirds of that increase occurred after 1975—the year Nordhaus wrote his paper. And every year so far in the 21st century has been in the top 20 warmest years on record.

The last time the Earth was as warm as it is now was over 11,000 years ago. Oceans covers 70% of our planet, and it takes a lot of energy to heat up that much water, not to mention the air and land. So a two-degree increase in the average global temperature means that temperature increases across the board are a lot more than 2°C.

We’re feeling the consequences of our actions—it’s why the weather seems weirder than it has in the past. Hurricane Harvey slammed Houston in 2017, and its unprecedented rainfall was 10 times more likely due to human-caused climate change. In fact, the National Climate Assessment recently concluded that extreme precipitation has “increased in every region of the contiguous states since the 1950s.” Droughts and heat waves have also intensified, as is evident in California, which in recent years has seen less rain, drier soil, and the spread of wildfires.

And if we warm by 2°C, the world will be a lot drier, which will impact economies, agriculture, infrastructure, and weather patterns. Rising temperatures will damage ecosystems and species that cannot adapt, including those in coral reefs and Arctic areas. Low-lying coastal regions and small islands worldwide are at risk of disappearing as sea levels rise due to the Greenland ice sheet and Arctic ice melting at continuously faster rates. 2 degrees celsius could determine the existence of whole nations.

The Intergovernmental Panel on Climate Change—an organization that advises governments on the causes and impacts of climate change—is now studying what the world would be like if average temperatures rise by three degrees, four degrees, or higher. It could lead to “substantial species extinctions, large risks to global and regional food security,” and an inability to work outside—and live—in some areas of the world.

Can countries like the United States, China, and India not just limit but reduce CO2 emissions in order to keep our planet below the 2°C mark? The outlook is grim. Studies based on IPCC data say there’s a 95% chance we’ll pass 2°C by the year 2100—and the detrimental effects of climate change may be unavoidable. We do have the power to lower our emissions and keep the worst possible warming at bay. But we’re running out of time.