Global warming is not ‘leveling off,’ so stop saying it is

Look to the satellite data. 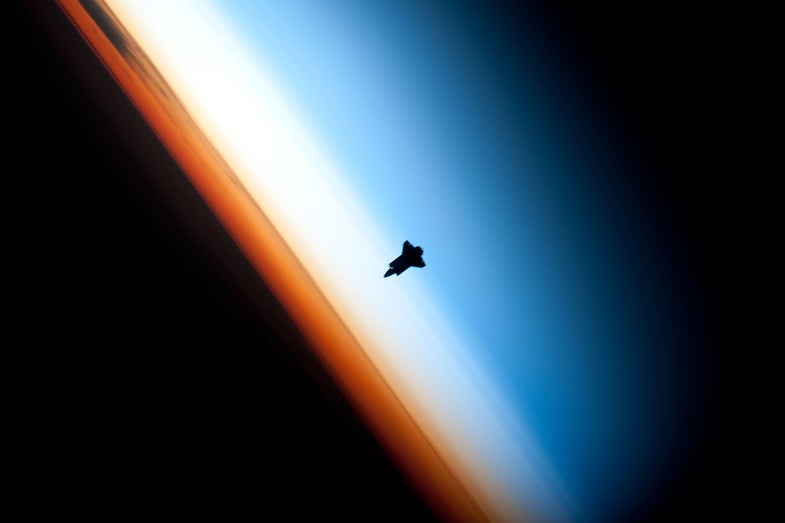 The Space Shuttle Endeavor above the Earth's atmosphere. The orange layer is the troposphere. Wikipedia
SHARE

Has the Earth already reached peak warming? Has climate change leveled off, leaving us to adjust to a new, warmer normal? Not according to satellite measurements, say the authors of a paper published yesterday in the journal Scientific Reports.

The eight researchers—who together hail from the Lawrence Livermore National Laboratory, the Massachusetts Institute of Technology (MIT) and the University of Seattle—analyzed temperature data from three different satellite groups over a twenty-year period from January 1979 to December 2016.

Specifically, they used satellite estimates of global changes in the temperature of the mid-to upper troposphere made available from the Remote Sensing Systems (RSS), the National Oceanic and Atmospheric Association’s (NOAA) Center for Satellite Applications and Research (STAR) and the University of Alabama at Huntsville (UAH).

To understand why changes in the atmosphere’s temperature are important to climate research, it helps to recall what anthropogenic climate change is: a warming of both surface and atmospheric temperatures due to increased levels of atmospheric carbon dioxide (and its equivalents) thanks to our use of fossil fuels. Climate models predict that not only will the Earth warm on the surface, but also in the troposphere, so scientists use a mix of surface and atmospheric temperatures to assess how quickly the climate is warming.

The idea that climate change is leveling off dates back to around 2013, when a leaked Intergovernmental Panel on Climate Change emerged suggesting that the climate had warmed less quickly over the past 15 years. Some people misread the studies and thought that climate change was putting on the brakes—it wasn’t. The studies actually suggested that the rate of climate change was slowing—easing slightly off the gas—but the system as a whole was still speeding up, or getting warmer. Later studies suggested that even this apparent rate decrease, based mainly on ocean temperatures, was a calibration error.

In the past, ocean temperatures were measured on ships that took water samples at varying depths, leading to a consistency problem. At the same time, the samples were generally taken after passing through the ship’s intakes, which are used to cool off engines—so the samples were generally warmer than the surrounding ocean water. Now, most samples are collected by buoys that remain in the water full-time—and because they aren’t warmed by a ship’s engine, they tend to be cooler than older measurements, even if the ocean itself is getting warmer. When researchers adjusted for this difference in data collection over time, they found that the ocean’s rate of warming was actually increasing, not decreasing.

As a result, it’s not wholly unsurprising that in this study, the researchers found something similar. According to their data, the atmosphere has warmed unnaturally quickly over the past 20 years—and it doesn’t seem to be tapering off. In fact, you might wonder why scientists would bother publishing such straightforward, unsurprising results.

The study doesn’t employ novel methods, and it doesn’t actually advance the field. Scientific Reports is unique among peer-reviewed journals because potential papers aren’t assessed based on perceived importance or significance, but simply on whether or not they’re scientifically valid. That explains why they published it, but not why the authors bothered to submit. The study’s introduction explains:

In other words, the paper is a scientific response to an assertion made by a public official which misrepresents the science. It’s part of an expanding effort by scientists to better communicate their work to a broader audience, and hold officials who tout the importance of scientific and data driven decision making accountable. In recent weeks, the EPA has scrubbed nearly all mention of climate change from its website. Whether or not the agency can choose not to ignore climate change is a decision that will likely be decided by the courts. But the idea that climate change isn’t real, or that satellite data doesn’t show it, is not supported by the best available data.