Celebrating a Flurry of Activity, NASA Dubs Next 23 Months the “Year Of the Solar System”

NASA is preparing a flurry of new spacecraft launches, planetary flybys and orbital insertions in the next two years, and... 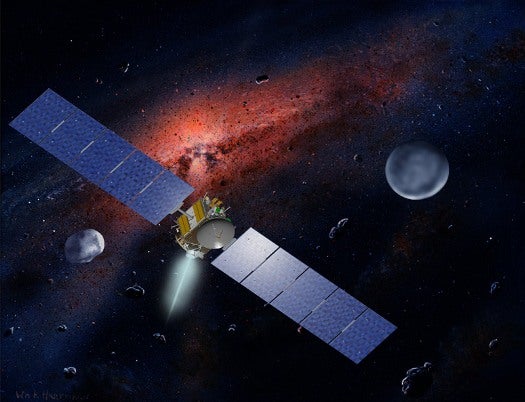 In July 2011, Dawn will insert itself into orbit around Vesta, the second-most massive body in the asteroid belt. Though not a planet, Vesta has some interesting characteristics, including distinctive light and dark regions that resemble the moon's. A year later, Dawn will fire up its ion engines and make its way to the dwarf planet Ceres. It will be the first craft to leave one celestial body's orbit and take off for another, according to NASA. Photo courtesy of NASA
SHARE

NASA is preparing a flurry of new spacecraft launches, planetary flybys and orbital insertions in the next two years, and is celebrating the “Year of the Solar System” to mark the occasion. Twenty-three months is actually a Martian year, so hey, it works.

The space agency has dozens of missions at any given time, and scientists are always maneuvering some spacecraft into a new orbit or into a new trajectory. But the next two years will see triple the usual amount of activity, NASA says. The second half of 2011 will be as busy, space-wise, as entire decades of the space age, according to Jim Green, NASA’s planetary science director.

October kicks off the special year as the EPOXI satellite pays a visit to yet another comet. Then in November, astrobiologists will launch the fantastically named O/OREOS mission, a shoebox-sized satellite designed to test the durability of life in space. It stands for “Organism/ORganic Exposure to Orbital Stresses” and will harbor a group of molecules and microbes and expose them to solar and cosmic radiation, just to see what happens. Scientists have found organic molecules in interstellar space, so NASA would like to know more about how they survive.

In an added bonus, a small solar sail will hitch a ride on O/OREOS and unfurl in Earth orbit. The NanoSail-D will occasionally reflect a sunbeam back to Earth, causing the first “solar sail flares,” NASA says. NASA has had some huge success with hitchhiker satellites — most notably LCROSS, which confirmed the presence of lots of lunar water.

Other milestones include a new spacecraft’s arrival at Venus; the launch of a solar-powered Jupiter probe; a moon-mapping mission; and more.

“History will remember the period Oct. 2010 through Aug. 2012 as a golden age of planetary exploration,” Green said.

Check out our gallery of some of the upcoming missions. 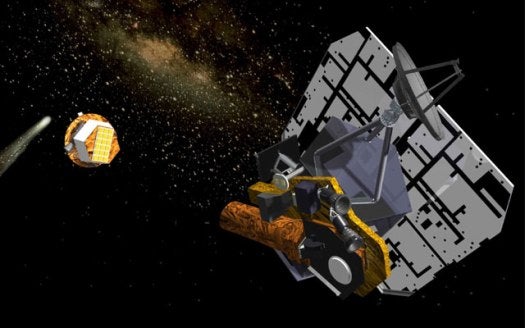 Comet Hartley 2 has a close encounter with Earth Oct. 20, making it a prime target for amateur astronomers and the comet mission, which already observed comet Tempel 1 when its companion probe crashed into it five years ago. On Nov. 4, EPOXI (which stands for Extrasolar Planet Observation and Characterization investigation – Deep Impact eXtended Investigation) will fly just 435 miles from Hartley 2’s nucleus, plunging through its green atmosphere. 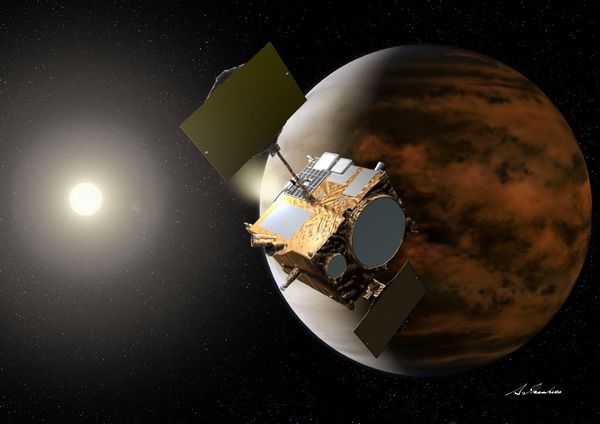 Japan’s Akatsuki probe, also called the Venus Climate Orbiter, will fly in an equatorial orbit between the atmosphere’s top layers to an altitude of about 50,000 feet. It will study Venus’ violent winds and acid clouds, and science instruments will look for signs of recent volcanic activity. It launched this summer and should reach Venus by December.

In July 2011, Dawn will insert itself into orbit around Vesta, the second-most massive body in the asteroid belt. Though not a planet, Vesta has some interesting characteristics, including distinctive light and dark regions that resemble the moon’s. A year later, Dawn will fire up its ion engines and make its way to the dwarf planet Ceres. It will be the first craft to leave one celestial body’s orbit and take off for another, according to NASA. 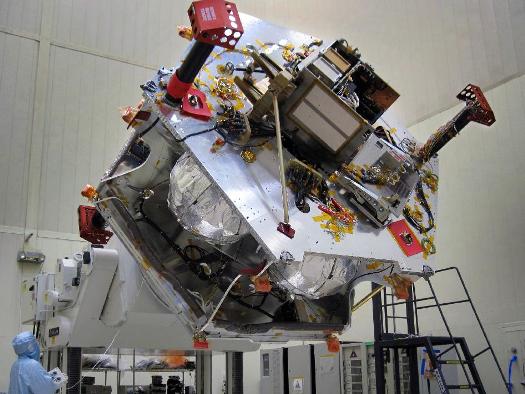 This thick-skinned mission is designed to study Jupiter’s powerful radiation belts, along with its auroras, planetary core and magnetic fields. Engineers designed a 500-pound titanium box to protect the spacecraft’s instruments from radiation. Juno will be the first solar-powered spacecraft to visit Jupiter; it is scheduled to launch in August 2011. 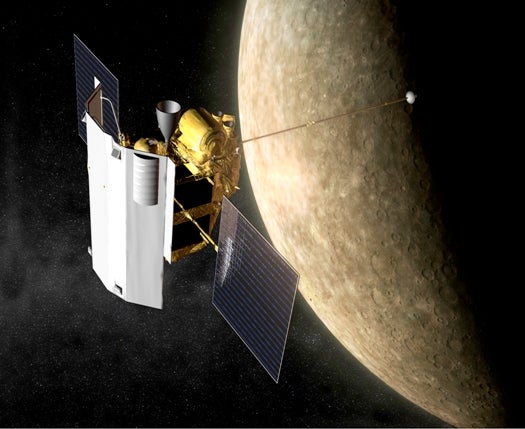 The Messenger probe has been studying the first planet since 2005, but it will finally enter orbit in March 2011. The “Mercury Surface, Space Environment, Geochemistry and Ranging” probe was the first designed just to study Mercury. Already, it has helped scientists understand Mercury’s exosphere and magnetic storms. 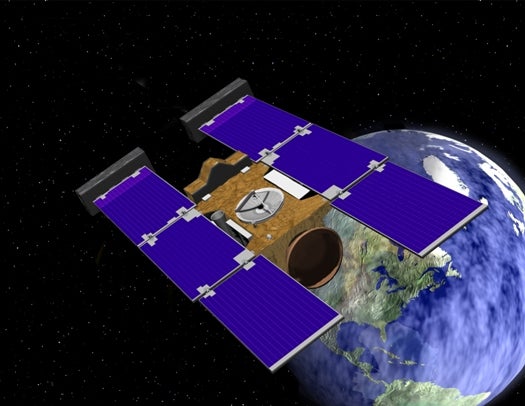 On Valentine’s Day 2012, NASA will revisit a comet it already injured once. The Stardust probe will rendezvous with comet Tempel 1, into which NASA crashed the Deep Impact probe on Independence Day five years ago. Stardust already encountered Comet Wild 2 and collected some samples, returning them to Earth in 2006. 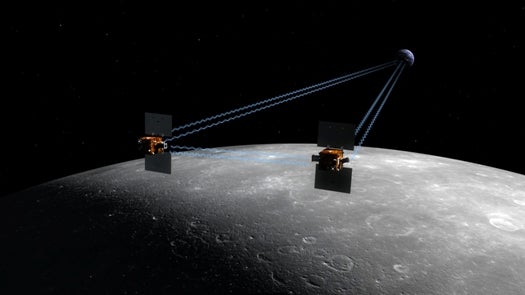 This moon mission is designed to help scientists understand the moon’s interior structure by mapping its gravitational field. It involves twin spacecraft flying in tandem around the moon. Grail is scheduled to launch in Sept. 2011. 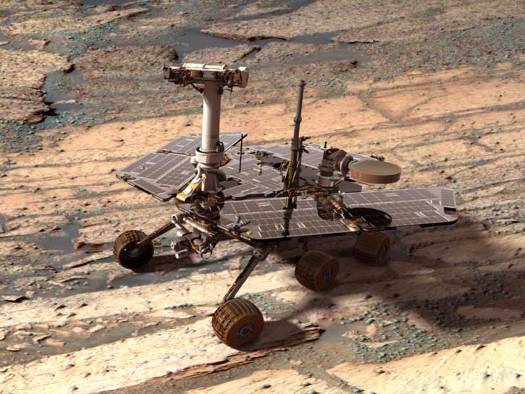 Though its twin rover Spirit is permanently mired in the Martian soil, Opportunity is still cruising after more than six years on the red planet. Its current journey will take it to the lip of Endeavour crater, almost a marathon’s length from its landing site. It should arrive at the crater rim sometime in mid-2012, NASA says. An impressive feat for a rover that was designed to drive 0.6 of a mile. 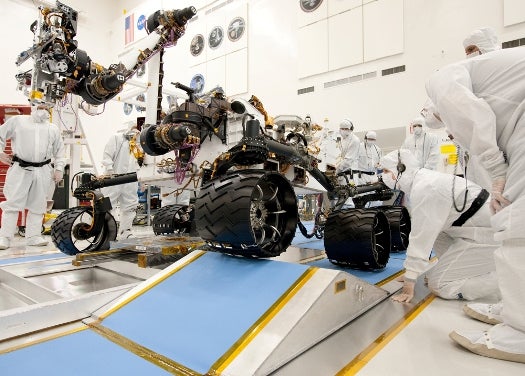 The granddaddy mission of them all, NASA’s next-generation Mars rover is nuclear-powered, equipped with a 6-foot arm sporting a jackhammer, and designed to look for life. It is scheduled to land on Mars in August 2012. If its plucky antecedents are any example, the rover will keep scientists busy for years to come — well after NASA closes its Martian Year of the Solar System.