A raisin in the sky 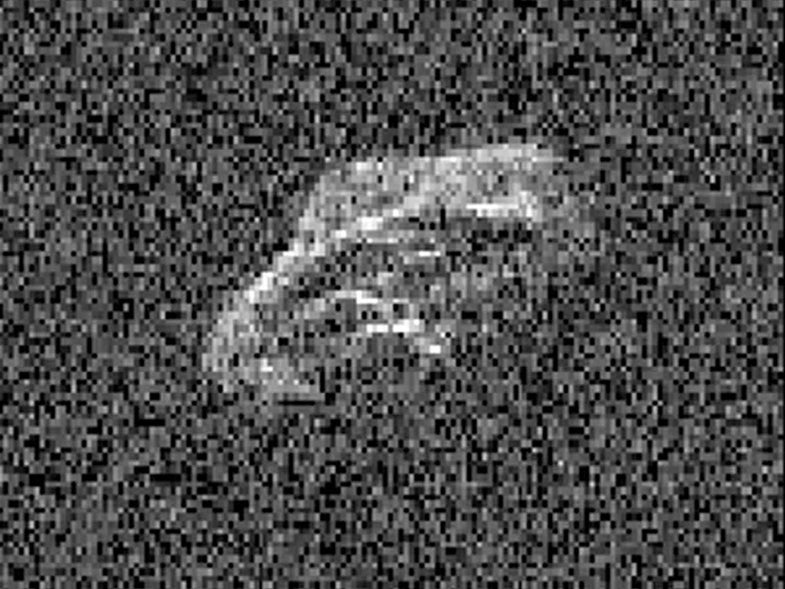 A pretty big space rock zipped past Earth last week. The asteroid 2011 UW158 came to within about 1.5 million miles of our planet, allowing ground-based telescopes to get their first good look at it. By bouncing radar signals off the asteroid, researchers discovered it’s a raisin-shaped rock that measures about 2000 feet long by 1000 feet wide, and it’s rotating pretty quickly.

To make the animation below, scientists used two telescopes: The Deep Space Network antenna in California beamed a radar signal at the asteroid, while West Virginia’s Green Bank Telescope measured the signal’s reflection off the asteroid. The 171 images, collected on July 18, show features as small as 24 feet wide—including parallel, linear lumps that make it look like a raisin.

Astronomers figured asteroid 2011 UW158 would be rotating pretty quickly, but the new observations help them put a number on it; the thing rotates once every 36 minutes. Such a fast rotation rate would make a lot of other asteroids split apart, so astronomers think asteroid 2011 UW158 must be made of tough stuff.

After last week’s visit, the asteroid’s trajectory will bring it far out beyond the orbit of Mars–Earth won’t see this asteroid again for another 93 years. Til then, 2011 UW158. 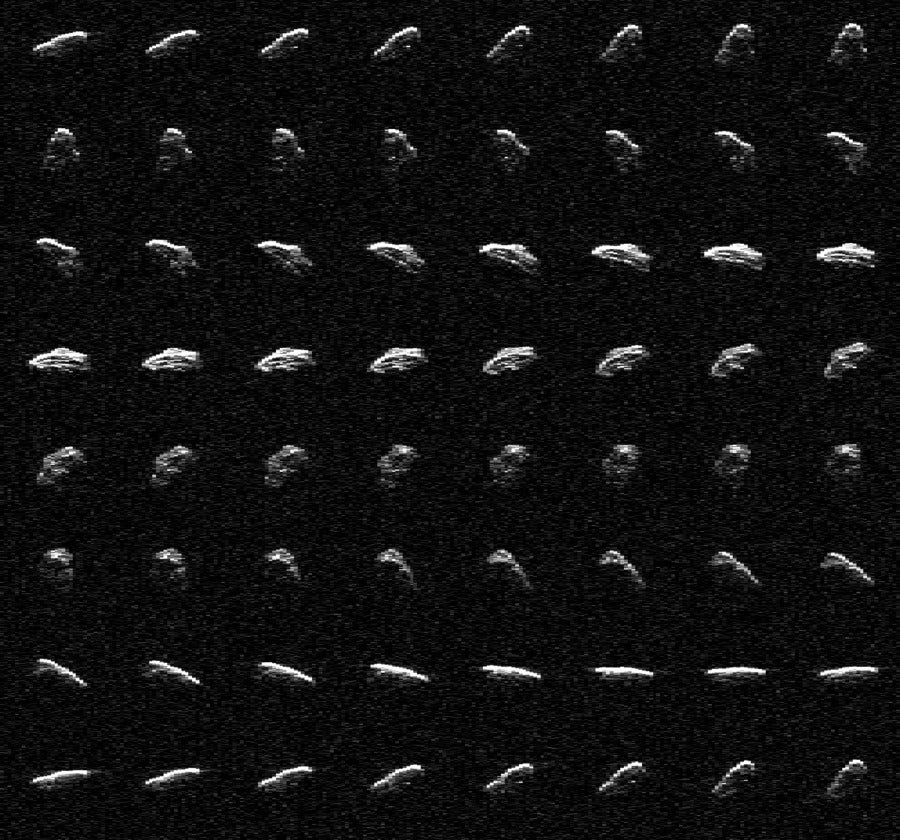