When NASA Launched Stardust, They Had No Way To Retrieve Its Samples

This space probe has a dirty little secret. 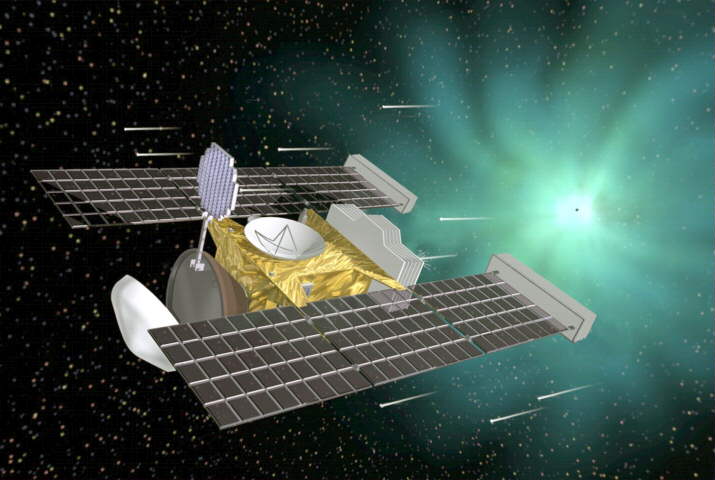 On August 14, researchers from University California, Berkeley, announced an amazing discovery from NASA’s Stardust probe: During its deep space voyage, the ship had captured seven tiny pieces of interstellar rocks, making them the first confirmed samples of intact dust from beyond the Solar System.

What many people don’t know is that the mission, even if safely returned, could have easily been a complete wash. Launched on February 7, 1999, Stardust traveled for seven years and encountered two otherworldly bodies — Comet Wild 2 and asteroid 5535 Annefrank — all the while collecting space dust to bring back for analysis. But at launch, and for years afterward, no one at NASA had a plan to remove and study any sub-microscopic particles of space dust caught by the probe (if it ever came back).

In fact, it wasn’t until four years after Stardust’s launch that Andrew Westphal and his team at the University of California, Berkeley, began figuring out a way to retrieve the ship’s precious cargo.

“When you’re holding aerogel, it’s like holding a ghost. You can’t feel its weight, and you see right through it.”

“I had been involved early on, but at the time of the launch, the extraction process had not been worked out,” Westphal, a research physicist and senior fellow at UC Berkeley’s Space Sciences Laboratory, tells Popular Science. “We thought this was a fun problem, so we took that on and developed the techniques that are standard for extracting particles.”

Stardust’s Sample Return Canister parachuted back to Earth on January 15, 2006. The extraction process has been so delicate, and so complicated, that Westphal and his lab have been working on it ever since.

The trickiness all revolves around aerogel, a very weird substance used to catch the particles. In space, dust can move incredibly fast. Some particles move with an impact velocity of up to six times the speed of a rifle bullet, according to NASA. So, in order to successfully capture this grit, you need to slow down the material in a way that doesn’t completely obliterate it. That’s where the aerogel comes in. 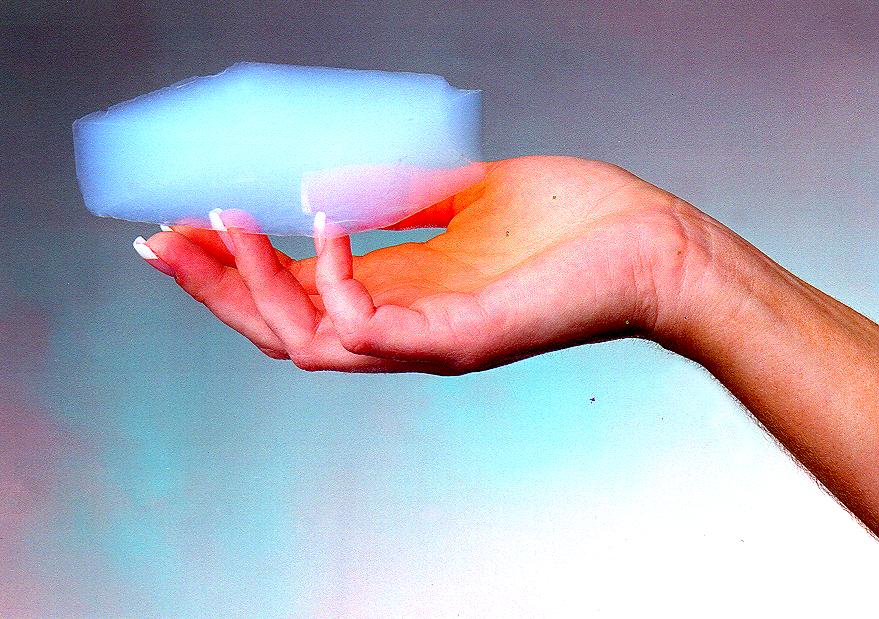 With a ghostly appearance like an hologram, aerogel is very solid. It feels like hard styrofoam to the touch.

Aerogel is an extremely porous, lightweight solid that’s 99.8 percent air. The material starts out as a gel, which is mostly liquid, but gas then replaces the liquid through complex heating processes. This creates a sponge-like material that’s almost as light as air, a poor conductor of heat, and nearly transparent.

Before Stardust, aerogel was really only used in physics experiments, due to its ability to slow down and capture high-speed particles with minimal heating. So when Stardust Deputy Principal Investigator Peter Tsou sought a way to capture space dust, aerogel seemed like the natural choice. “When a particle hits the aerogel, it buries itself in the material, creating a carrot-shaped track up to 200 times its own length. This slows it down and brings the sample to a relatively gradual stop,” NASA writes on its website.

The Stardust probe harbored an array of 90 aerogel tiles in a collector that resembled a tennis racket, providing more than 1,000 square centimeters of aerogel surface area. 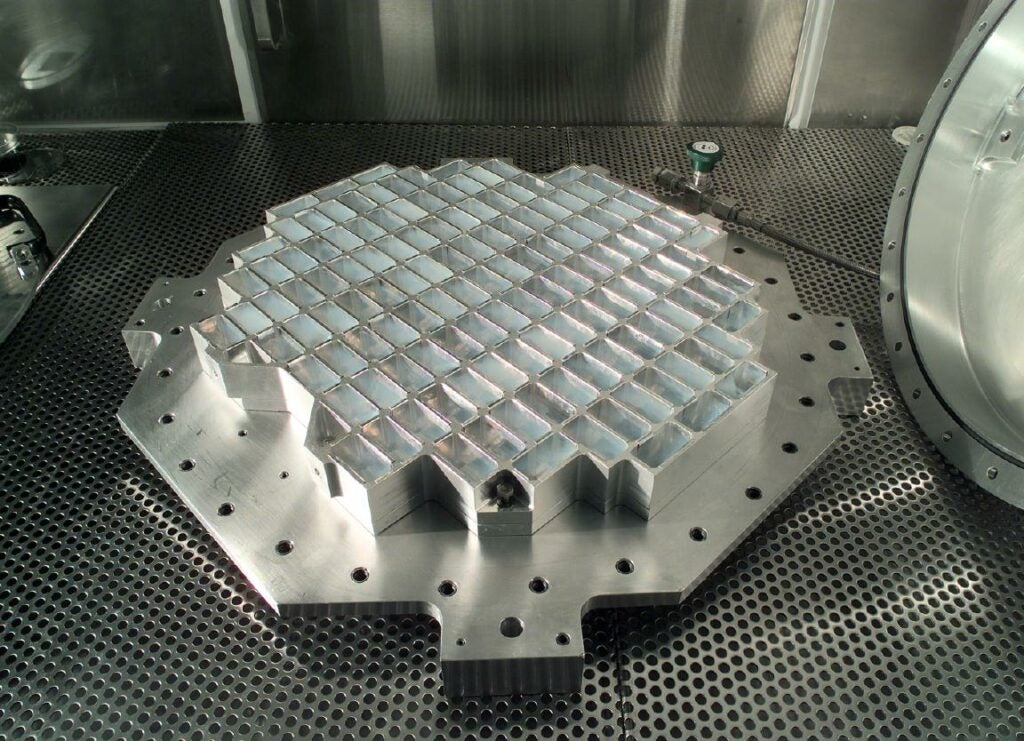 The dust collector with aerogel used on the Stardust probe.

The problem, Westphal says, is that aerogel is extremely challenging to work with. “It’s almost like it’s not there,” he says. “When you’re holding it, it’s like holding a ghost; you can’t feel its weight, and you see right through it.”

Cut into aerogel with a knife? Bad idea. That tears the material, makes a mess, and can destroy the captured particles in the process. So after many years of trial and error, Westphal and his team came up with a careful extraction procedure. It involves a micromanipulator (a very precise mechanical device built for microscopes), and a glass needle with a tip so small that its roundness can barely be seen under an electron microscope.

“We use this micromanipulator and a needle almost like a sewing machine,” Westphal says. “We push the needle into the aerogel about 10 microns, then we move over and make another hole about 10 microns deep, and so on and so forth.” After making a line of these holes, the researchers do another pass with the needle, making the holes 10 microns deeper. They repeat this process over and over again, and eventually, the holes form together into one big cut. Then, the researchers are able to extract a infinitesimal doorstop-shaped wedge of aerogel, which contains the particles and their tracks.

But once these aerogel tiles are cut out, there’s still more work to be done. Westphal’s team has to thinly slice the samples so that the dust particles can be viewed by a synchrotron — a microscope the “size of a shopping mall,” Westphal says.

The whole process is, if you haven’t already guessed, incredibly slow. The team has been working on this extraction since Stardust returned in 2006 — and they’re nowhere near done with their analysis. “We’re going to be doing it for decades,” Westphal says. “Only a fraction has been analyzed.” 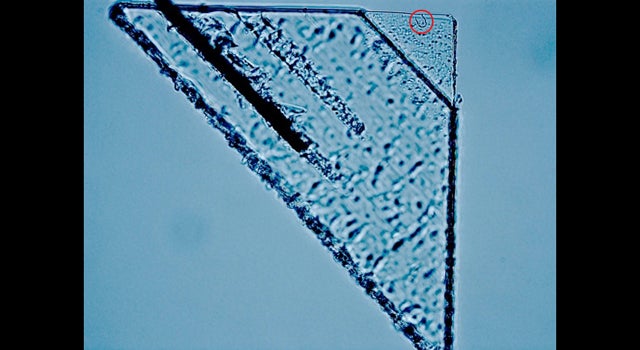 The largest interstellar dust track found in the Stardust aerogel collectors was this 35 micron-long hole produced by a 3 picogram speck of dust that was probably traveling so fast that it vaporized upon impact. The other two likely interstellar dust grains were traveling more slowly and remained intact after a soft landing in the aerogel.
aerogels
cosmic dust
Space
Stardust