A Spacecraft That Packs The Punch Of A Warhead

Hayabusa 2 could be the first to intercept and blast an asteroid. 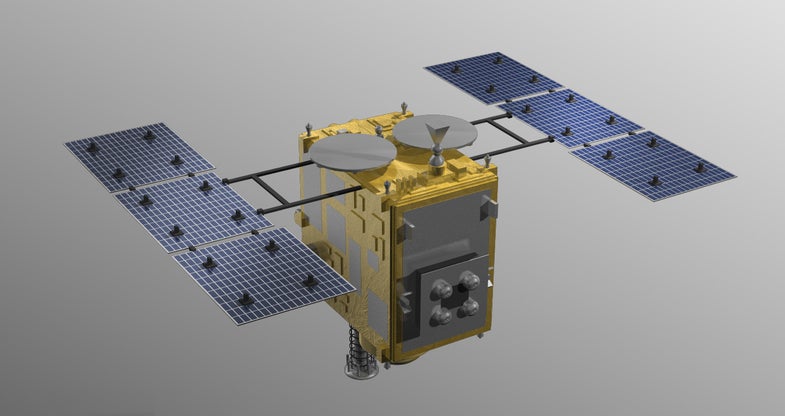 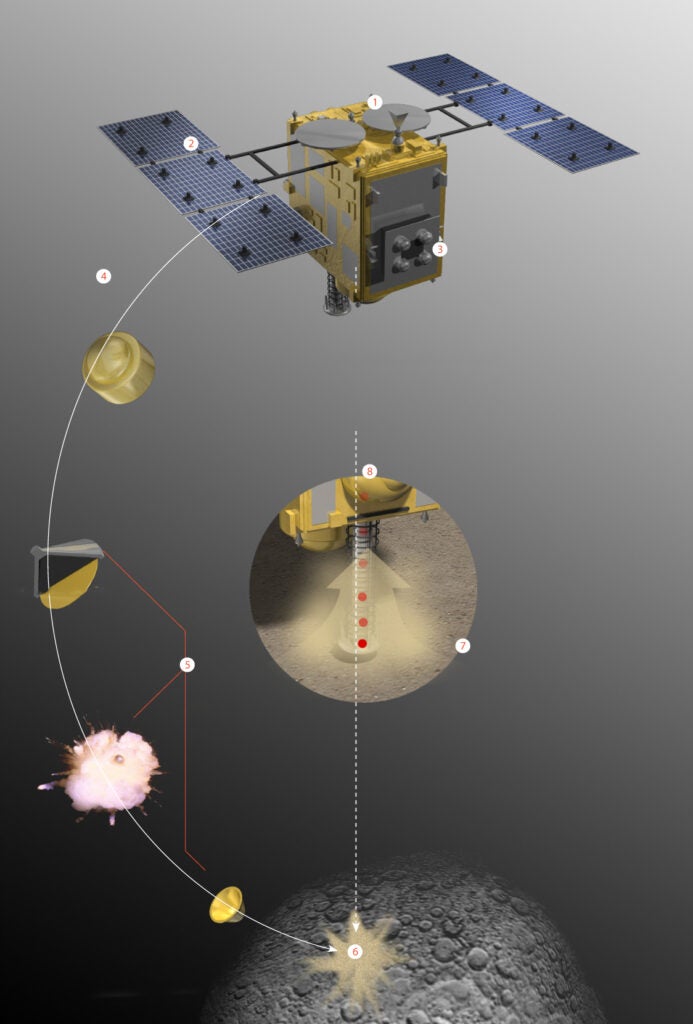 After a dysfunctional Hayabusa mission returned to Earth in 2003 with a measly 0.1 milligram of asteroid dust, Japan’s Aerospace Exploration Agency (JAXA) didn’t give up–it doubled down. In December, the $310-million Hayabusa 2 will launch on an intercept course with a 900-meter-wide asteroid between the orbits of Earth and Mars. Sometime in 2018, the craft will blast its target with a missile, sweep the unweathered surface to harvest samples, then head home with the very first virgin asteroid debris ever collected. Or so we hope.