There was no shortage of threats facing Apollo astronauts on missions to the Moon. Like radiation. Specifically, the dense radiation... 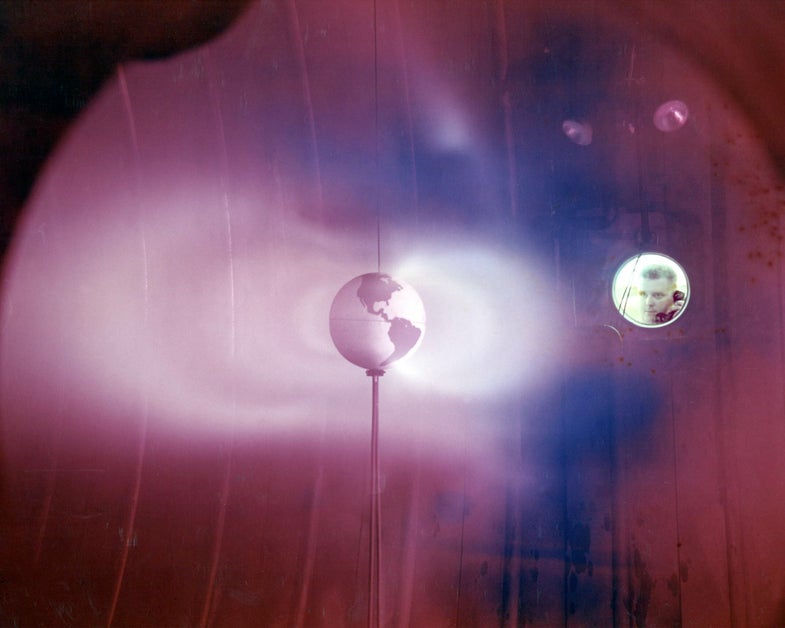 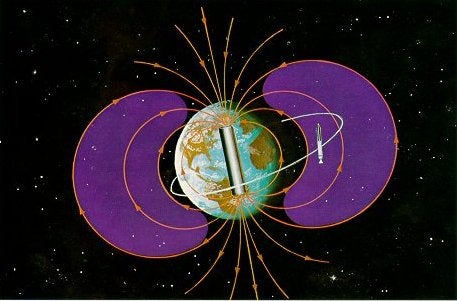 The Van Allen belts, and Explorer 1.

The Van Allen belts were discovered by the scientist whose name they bear: James Van Allen. In the mid 1950s, Van Allen began probing the intricate world of charged particles outside the Earth’s atmosphere using sounding rockets and rockoons (small rockets launched from balloons at altitude). The early experiments were limited to exploring the radiation around the planet from within the atmosphere, but Van Allen had a chance to take his research higher with the advent of the International Geophysical Year, an international scientific collaboration between nations probing into Earth science and solar activity.

Among America’s contribution to the IGY was a satellite, and Van Allen won a spot for his experiment on one of these satellite attempts. And it turned out that the satellite with Van Allen’s experiment was the first American satellite to orbit the Earth. Explorer 1 launched on January 31, 1958.

Cosmic ray equipment on board Explorer 1 registered nearly no radiation in the region Van Allen had anticipated to be high in radiation. Unconvinced the data was accurate, Van Allen offered another explanation for the low cosmic ray count: the low reading was false and the instruments were actually saturated with particles trapped in the Earth’s magnetic field. Instruments on board the Explorer 3 satellite confirmed Van Allen’s hunch in March of 1958. The discovery of the Van Allen belts became one of the outstanding scientific discoveries of the IGY.

The high radiation environment around our planet exists because charged particles become trapped in the Earth’s magnetic field; the same magnetic field that protects us from deadly radiation also prevents that radiation from dissipating into space. The particles just don’t have enough energy to escape. So the two belts are like two nested doughnuts circling the planet. Their altitudes vary slightly, but the inner doughnut sits between 600 and 3,700 miles above the planet and is comprised mainly of highly energetic protons. The outer doughnut, meanwhile, sits between 9,300 and 12,400 miles above the planet and is made of both protons and electrons. The radiation environments of both vary, more dense in some places and nearly absent in others.

It was immediately apparent after their discovery that the Van Allen belts would be a problem for men traveling into space. The obvious solution was to limit missions to an altitude safely below the inner belt, which begins at about 345 miles above the planet. But not long after NASA’s inception the agency was thinking about maybe going to the Moon, which is about a quarter of a million miles away, and that meant sending men clear through both Van Allen belts.

Apollo 11’s trajectory avoiding the worst of the belts.

The first recommendations for dealing with the Van Allen belts on a possible mission to the Moon came in the summer of 1960. Robert O. Piland and Stanley C. White of NASA’s Space Task Group presented their research into the problem at a meeting in Washington. It would be impracticable to shield astronauts against the high radiation environment of the inner Van Allen belt, they said, but a moderate amount of protection could feasibly protect a crew from the outer van Allen belt.

Half a year later in January of 1961, NASA was on the path towards the Moon with Apollo though still months away from publicly formalizing the goal when the issue of the van Allen belts was raised again. The agency’s Group on Trajectory Analysis listed as an urgent requirement the need for “a standard model of the Van Allen radiation belt which could be used in all trajectory analyses related to the Apollo program.” They needed to know everything they could before routing a crew through this dangerously heavy radiation environment.

This required investigation into the van Allen radiation belts was one of the many lines of research going on behind the scenes as NASA brought Apollo from concept mission to public consciousness. And some of the fruits of this research brought non-traditional solutions. In July of 1962, Van Allen himself addressed the American Rocket Society on radiation and Apollo. The protons of the inner Van Allen belt, he said, could be a serious hazard for extended manned missions. But, he went on, it might be possible to clear out that radiation by detonating a nuclear payload in the vicinity. The additional material might give the particles the extra energy they needed to escape the Earth’s magnetic field.

NASA never tried to clear the Van Allen belt with a nuclear bomb, but an Atomic Energy Commission test in 1962 briefly made the radiation problem much worse.

America’s nuclear testing program of the early 1960s was called Operation Dominic. Within this program was a group of atmospheric tests called the Fishbowl events designed to understand how nuclear weapon debris would interact with the Earth’s magnetic field in the event of nuclear war. The highest of the Fishbowl events was one called Starfish Prime (the first attempt, Starfish, had failed). This test saw a 1.4 megaton bomb detonate at an altitude of 250 miles. Rather than clear out the inner Van Allen belt, Starfish Prime added more radiation around the planet. 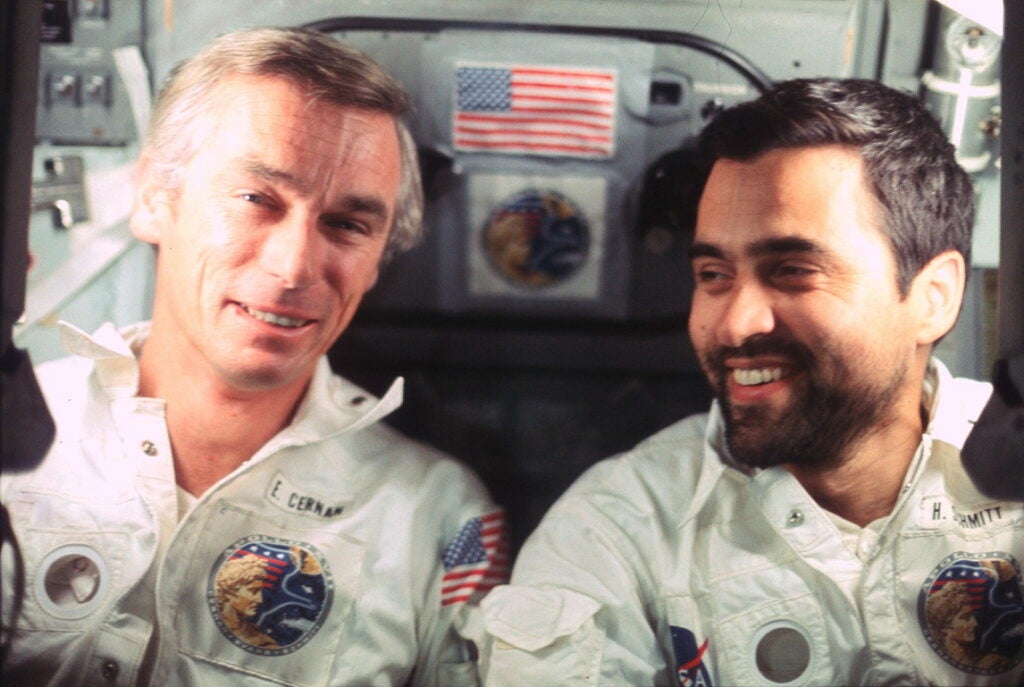 But even with Starfish Prime, additional research into the Van Allen belts determined they weren’t a deal breaker for missions to the Moon. (By 1969, the high-energy electrons injected into the lower Van Allen belt by the Starfish Prime event had decayed to one-twelfth of its post-test peak intensity.) By February of 1964, NASA was confident that Apollo crews would be passing through the belts fast enough that the spacecraft’s skin and all the instrumentation lining the walls would be enough protection. It might seem foolhardy in hindsight for NASA to have accepted the risks of send astronauts through the Van Allen belts without extra protection, but it was a minor risk in the scheme of the mission.

To monitor radiation exposure during the flights, Apollo crews carried dosimeters on board their spacecraft and on their persons. And these readings confirmed NASA had made a good choice. At the end of the program, the agency determined that its astronauts had avoided the large radiation doses many feared would ground flights to the Moon. Over the course of the lunar missions, astronauts were exposed to doses lower than the yearly 5 rem average experienced by workers with the Atomic Energy Commission who regularly deal with radioactive materials. And in no case did any astronaut experience any debilitating medical or biological effects. And beside, the Apollo astronauts were former test pilots. Flying to the Moon, radiation exposure included, was still a safer day at the office than putting an experimental aircraft through its paces in the skies above Edwards Air Force Base.