_Did you like that? That was a callback. _ Space is horrible. It’s cold, dark, and full of radiation. So... 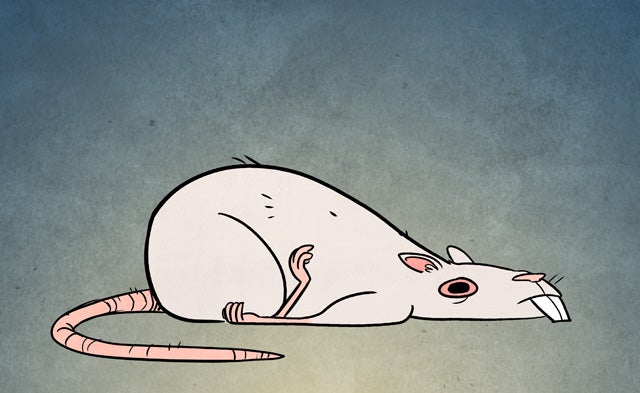 Space is horrible. It’s cold, dark, and full of radiation. So much so that mitigating radiation exposure is one of the greatest challenges posed to future space explorers venturing outside the protective embrace of the Earth’s magnetic field. Now, for some astronauts, things may have gotten worse. According to a new animal study by scientists at Johns Hopkins, high-energy particles, such as those found in deep space, have been shown to cause cognitive impairment in a large percentage of exposed rats.

In the experiment, lab rats were trained in a a number of tasks meant to mimic astronaut self-fitness tests. Then the rats were taken to Brookhaven National Laboratory, where scientists used the _Edit: Oops! They actually used another collider called the Booster. _

_From Brookhaven: “This is one of a chain of accelerators that feeds particle beams to RHIC, but for the space radiation studies the particles travel through a different beam line (before ever going into RHIC) to a dedicated facility specifically designed for this research, the** NASA Space Radiation Laboratory (NSRL)**.” Apologies for the error! -Maki_

They used it to bombard the rats with high-energy protons and heavy ion radiation. You know, classic comic book stuff. Over a period of 250 days, the irradiated rodents were administered the same tests and scored on their performance. Scientists discovered that up to 45% of the exposed rats showed signs of cognitive impairment. According to Catherine M. Davis, a postdoctoral fellow in the Department of Psychiatry and Behavioral Sciences, the impairment was caused by changes in dopamine transmitters in the brain. Symptoms included slowed reaction times and lapses in attention, and she notes that those with genetic differences related dopamine transport have shown similar deficiencies.

It’s important to point out that astronauts currently working on the International Space Station or on other missions are still in a low enough orbit to be protected by the Earth’s magnetic field. In addition, it is yet to be seen if humans would react similarly to exposure, and even if such is the case, scientists will likely be able to test for this sort of radiation sensitivity. For radiation sensitive individuals, Davis notes, precautions can be taken. For example, not letting sensitive astronauts go out on spacewalks.

The authors also report that their research is beneficial to field of personalized medicine. By being able to identify which patients may respond negatively to radiotherapy, doctors can make better informed decisions about treating brain tumors.