The problem with taking scientific questions to court

Juries can blame a product for giving you cancer—but that doesn’t mean it’s true. 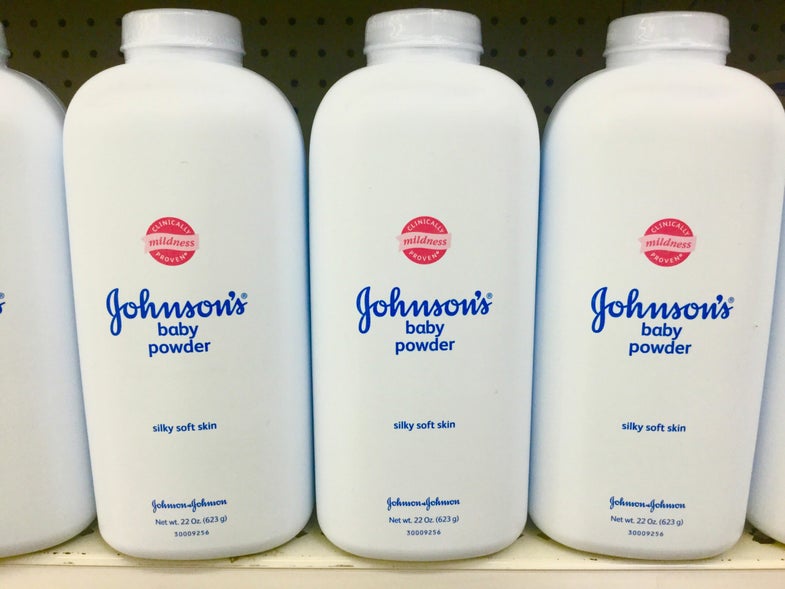 At the start of July, a Missouri jury awarded $4.69 billion to women with ovarian cancer they claimed was caused by Johnson & Johnson baby powder. The decision was the latest conclusion in a string of lawsuits against Johnson & Johnson, which accuse the company of failing to warn consumers about the risk of cancer associated with using its baby powder, and for covering up evidence of cancer-causing asbestos found in the talcum-based powder.

In April, the company was already ordered to pay $117 million to a New Jersey man with mesothelioma, and $25.7 million to a Los Angeles woman with the same cancer, though Johnson & Johnson says it plans to appeal those decisions. Already, a separate $72 million verdict was overturned on appeal, and the pharmaceutical company has won other cases outright. In total, the company faces more than 9,000 lawsuits over the relationship between its baby powder and cancer.

Cases like these, which try to prove that a particular chemical or product is the cause of an illness like cancer, are complicated: they rely largely on juries, made up of members of the public, combing through and coming to a conclusion about the evidence produced through scientific and medical studies. But there’s a problem with this: Within the medical community, much of this evidence is messy and still up for debate. What the legal system considers enough evidence to establish that exposures causes illness is different from the standards of science—and trying to fit the two together can be hazardous.

Medical studies on the relationship between ovarian cancer and talcum powder use on the genitals have reported mixed results: Some find a small increased risk of ovarian cancer, but some find no association at all. The National Cancer Institute says the evidence is not strong enough to conclude that talcum powder causes ovarian cancer, and the American Cancer Society notes that any existing risk is likely small, and that research is ongoing.

That conclusion comes from the medical perspective, though, which isn’t the one the jury is asked to take during the trial.

Science, on the other hand, has to meet a much higher bar: It must establish, without a doubt, that one event led to another. In science, Cheng says, you’re looking to decide if a relationship between two things happened because of coincidence, or if one caused the other. In that process, researchers stack the deck in favor of coincidence—and then have to work uphill to prove that it wasn’t coincidence. “Science sets up this very strong test,” Cheng says.

There’s a fundamental difference between the two systems, Cheng says, which makes answering legal questions using science difficult. It’s important to use science to make decisions, he says. “But on the other hand, that’s not what the legal standard is.”

Science is also a constant work in progress, with new evidence added with each new study. Scientists take their time to work through questions and problems, sometimes for years, and are able to revise the record if they find that something done in the past was incorrect. The law, on the other hand, is a snapshot of what the science looked like at one particular point in time. It also wants to get things done quickly, Cheng says.

“There are a lot of incentives to be the first, once an allegation is made,” he says. “There’s a reason to get it done quickly, because victims might need money sooner.” However, he says, that doesn’t account for if the science is ready to make a conclusive decision, even though judgements can be final.

To end up in front of a jury, a case usually has to have evidence on both sides, and without decisive answers one way or the other. “Almost always, the plaintiff thinks that they have a case, and the defendant thinks that they have a case,” says Neil Vidmar, an expert on jury behavior and professor emeritus at the Duke University School of Law. “It’s ambiguous, that’s why the case goes to trial.”

Juries are then tasked with taking the existing evidence, and using it to meet the legal standard of liability. Most often, despite the complexity, juries get it right, Vidmar says. “We tend to underestimate the jury,” he says. “They go through this stuff very, very carefully.”

In an analysis of the behavior of juries in cases like the talcum powder lawsuits, where the jury is asked to determine if someone caused harm in someone else, professors and jury decision making experts Shari Seidman Diamond and Jessica Salerno reached the same conclusion: Juries carefully go through evidence, and use reasonable strategies to evaluate expert testimony.

However, juries are still trying to answer two questions at once—to sort through the evidence that’s available and come to a conclusion about an issue still unsolved, medically, and at the same time, apply it to the legal issues on the table. It creates persistent problems in the legal system, Cheng says.

“One of the questions is, what are juries really supposed to do,” he says. “You have this sort of immature science out there, which isn’t clear. If you’re a juror, you really want to get it right, but what are you supposed to do when the numbers aren’t clear?”