The FDA is questioning the safety of 14 common sunscreen ingredients

The proposed regulations could change what ingredients can go into the UV protecting products. 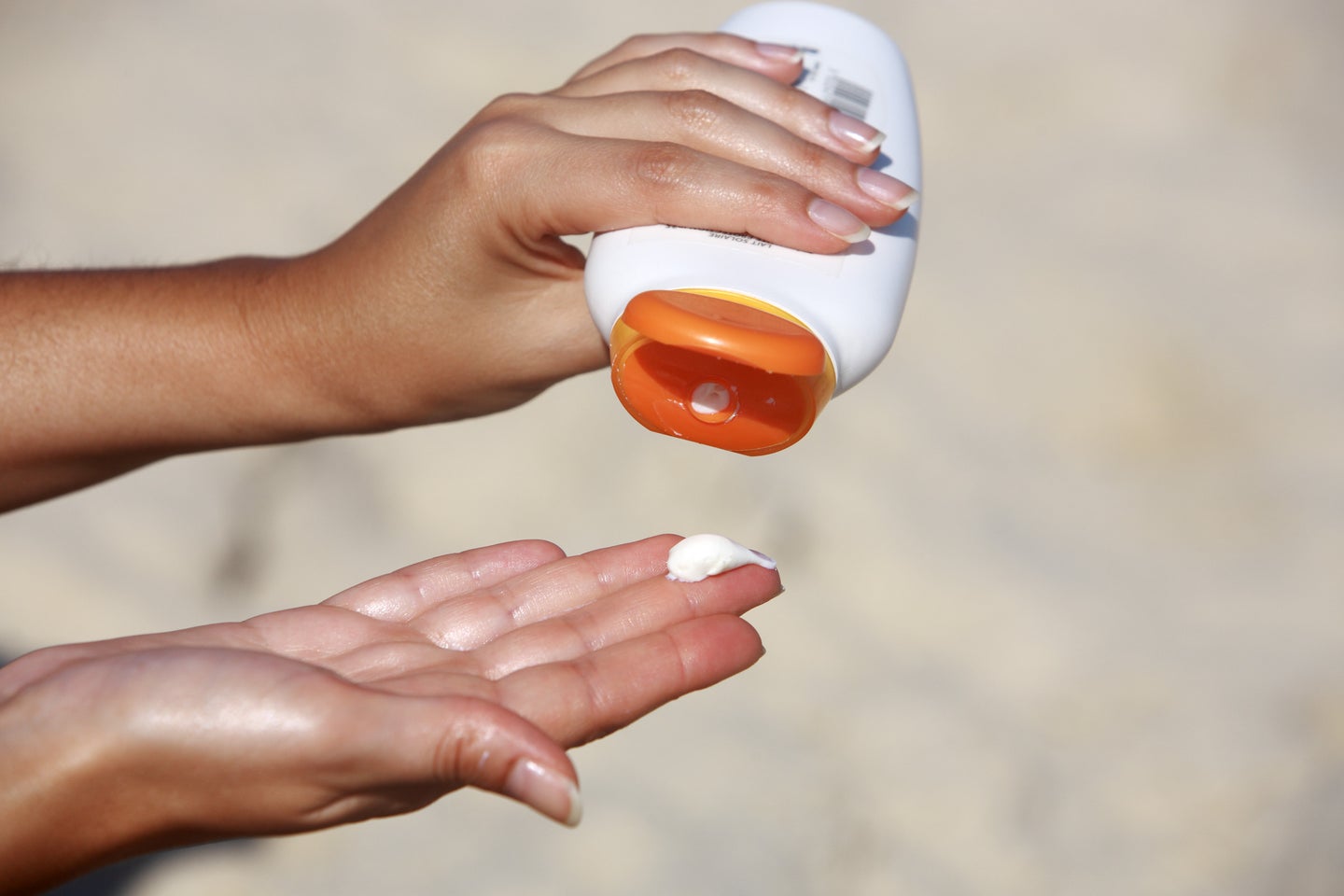 It’s hard to imagine a time before sunscreen. But it wasn’t that long ago that the only way to protect yourself from the sun’s powerful rays was to either stay inside or wear long sleeves. And it wasn’t until the 1970s that we started to see sunscreen lotions and sprays hit the market that looked anything like what we see today. Now, many Americans don’t think twice before slathering up to create a greasy barrier between themselves and the sun.

Behind the scenes, though, cosmetic companies and the Food and Drug Administration (FDA) must ensure that the stuff we use is not only doing its job but also not harming us in the process. And that’s been a slow operation. This week, the FDA made a big step forward, though, issuing proposed guidelines and regulatory regulations to better reflect what we know about sunscreen ingredients, how they work, and how they affect our health.

“Today’s action is an important step in the FDA’s ongoing efforts to take into account modern science to ensure the safety and effectiveness of sunscreens,” said FDA Commissioner Scott Gottlieb in an official statement release by the government agency.

As part of the report, the FDA re-examined all active ingredients currently present in sunscreens on the market today to determine if they’re still generally recognized as safe and effective or not. Of all 16 ingredients, just two met this “GRASE” standard: zinc oxide and titanium dioxide. Another set—PABA and trolamine salicylate—were deemed unsafe, and the other 12 had “insufficient safety data to make a positive GRASE determination at this time.”

None of this has any bearing on your favorite sunscreen—at least not yet. The FDA is now currently accepting comments from the public over the next several months to inform their research before they make recommendations that makers will have to follow. For now, here’s what you need to know.

Sunscreen’s active ingredients are typically divided into two major categories: physical and chemical. Physical ingredients include both zinc oxide and titanium dioxide, which are easily recognizable for their characteristic white residue. They sit on the outside of the skin and work by literally deflecting ultra violet (UV) rays. Chemical ingredients, on the other hand, include PABA and trolamine salicylate (and the rest of the 12 yet-to-be determined safe ingredients). They are absorbed in your skin, and absorb the UV rays in return.

It’s no surprise, then, that the two ingredients that the FDA has deemed safe are the ones that rest on the surface of the skin only. For the rest, a main concern is whether and how much they enter the bloodstream—and what effect that might have on our health. Of note, studies have found many of the active chemical ingredients in breast milk, as well as urine and blood plasma. However, whether or not that is harmful to human health is still uncertain, though they have forced regulators to pause and take note. What will better help us determine the health effects are longer-term studies.

“These tests are critically important,” says David Andrews, a senior scientist at Environmental Working Group (EWB), a non-profit organization focused on consumer health, during a press call this week, “longer term cancer studies are essential to evaluate the long term impacts.” As such, because they are time intensive, he says, it is possible that an extension will be needed before final decisions are made.

Why are we questioning this now?

Over the last few decades, consumers have totally changed how they use sunscreen. Past regulations, according to the FDA, have reflected the fact that consumers had been using sunscreen for special occasions in which they would be exposed to a lot of strong UV rays, like a day at the beach. Now, many consumers use these products as a daily prevention not only against skin cancer, but also the effects of aging skin like wrinkles, discoloration, and blemishes. It’s far more common for other products like daily moisturizers to contain a sun protection factor, or SPF, than in the past.

More usage may be good for your skin, means more potential for the ingredients to be absorbed into the bloodstream and potentially cause health effects. Though, obviously, more research is needed to confirm potential effects.he FDA also plans to further scrutinize sunscreens in the form of powders and sprays, which are relatively new to the market, to determine their safety and effectiveness.

What sunscreen should I buy?

These new changes aren’t official yet, and it will likely be months before that happens, so it’s hard for anyone to make any official recommendations. One challenge going forward could be the white residue on physical sunscreens, which occurs on anything other than extremely pale skin. And is a detriment, for good reason, to wearing sunscreen. New innovations in finding ways to eliminate the white residue factor, could likely be an unmet need.