Cell phones pose plenty of risks, but none of them are cancer

One of the largest studies yet on the relationship between cell phones and cancer hasn't shifted the scientific viewpoint. 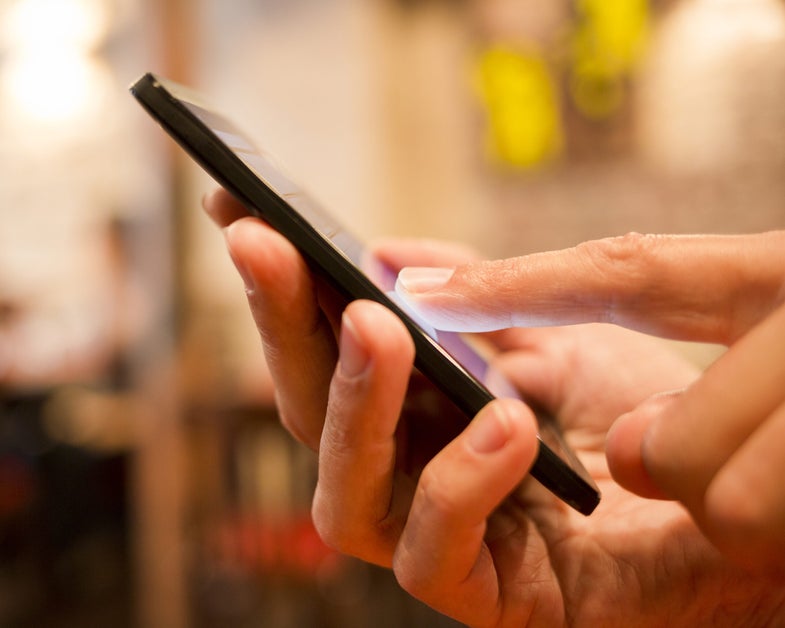 Ten years, $30 million, and thousands of rodents later, the results from one of the largest studies on the relationship between the type of radiation emitted from cell phones and risk of developing cancer was published last week. It’s the latest (and one of the largest) studies looking at the link, and the National Toxicology Program, which ran the study, concluded that the data showed a small uptick in the development of two types of cancer in rodents that were exposed to the radio frequency radiation.

The results, though, aren’t likely any cause for alarm around human health—experts, including those who worked on the project, are quick to note that the study was done on mice, and used levels of radiation far above the amount generated by regular cell phone use, and cannot be directly translated to humans.

In addition, Christopher Labos, a physician and associate in the McGill Office for Science and Society, says that the noted increase in cancer may just be due to chance: In studies like these, researchers examine dozens of organs and tissues for tumors, so in thousands of rodents, actually finding some isn’t surprising. The rats that were exposed to the radiation also lived longer than rats that were not.

All this is to say that, overall, the results—and the decade of research that went into it—haven’t done a lot to crystalize the still-murky understanding of the role of cell phones in cancer development. The study itself was carefully planned and executed, says Kenneth Foster, professor emeritus of bioengineering at the University of Pennsylvania, but the results were weak and hard to interpret.

Research into the relationship between cell phones and cancer has been ongoing since the 1990s, when David Reynard sued a cellphone company after his wife developed brain cancer. Since then, the majority of results—both from animal studies and human epidemiological ones, which track the amount of cell phone use and risk of cancer development—have been difficult to make sense of. When relationships between the two have been identified in the data they’ve been far too small to confidently say what they mean, Foster says. “Dealing with smaller effects, you’re trying to juggle evidence from epidemiology that’s less than persuasive and animal studies that are less than persuasive,” he says.

Studies have also produced conflicting evidence: the 13-country Interphone study, for example, largely showed no increase in cancer, although one analysis did find a statistically significant (though hard to interpret) increase. One Swedish research group found a link, but large Danish and United Kingdom studies did not. Labos says the mixed results support the idea that there is not, in fact, an increased risk of cancer with cell phone use. “It usually implies that there is no effect. In random chance, you’d see a natural spread of data,” he says.

Based on the research prior to this new study, the International Agency for Research on Cancer, which classifies carcinogens, said that radio frequency radiation is a possible carcinogen—a label it gives to environmental factors that have limited or insufficient evidence linking them to cancer, but that haven’t been ruled out.

“It means that there’s some level of suspicion, but the evidence is not strong enough to draw a conclusion,” Foster says. “They’re not willing to say that there’s no risk, because you can’t prove that. But they’ve looked very carefully and don’t see evidence that there’s a big problem.” Foster doesn’t anticipate that major health agencies will change their recommendations as a result of the new study. The U.S. Food and Drug Administration, for example, did not move from their position that the cell phones are not a publish health risk after evaluating the results of this latest study.

When it comes to the difficulty of determining whether something causes cancer, cell phones are far from an isolated case, he says. In many cases, once research begins, it’s difficult to come to any definite conclusion. “Once these issues start going, they’re almost impossible to resolve,” Foster says. “You can’t prove something doesn’t cause cancer, but unless you have clear cut evidence that it does, you’re stuck in these gray areas.”

On top of that, it would also be nearly impossible to conduct a definitive, randomized, and controlled study on cell phones and cancer in humans. “You can’t take a group of people and say, you use cell phones, and take another group, and say you never use them,” Labos says.

The work on cell phones and cancer is similar, in some ways, to inquiries during the early 2000s into the relationship between childhood cancers and how close kids live to power lines, Foster says. Hundreds of epidemiological studies looked for a connection, but only found a small signal in the data. “It was a small signal that no one could explain, and that no one could explain away,” he says.

Consistent, small and difficult to interpret findings mean that the issues stay on the table until the researchers determine that it’s not worth continuing to run the same sorts of studies that will more likely than not likely result in the same, consistently puzzling and unclear results, Foster says. “They settle down, not because they’re settled scientifically, because there’s no benefit from pushing it.” That’s what started to happen with the power line research: “Health agencies are saying that if there’s something there, it’s probably so small that there’s not likely to be a large effect on the population,” Foster says. “They’d rather spend money on something else.”

Labos thinks that may happen for research on cell phones and cancer, as well. “There are a few other studies ongoing right now. If both fail to show an increased risk of cancer, it probably won’t be worthwhile to keep doing studies. At a certain point, you say enough is enough,” he says. “If there was a health effect we’d probably have seen it by now.”

If anything can be definitively concluded, it could be that cell phone use might have some small, theoretical link to cancer, but because of the extreme paucity of information, they probably aren’t a large risk to human health, Labos says. “If you go to the zoo, the bears pose a hazard to health. But the risk of actually being harmed by the bears is low,” Labos says. “The risk of you actually developing an illness from cell phones is low.”

There are other, more pressing dangers from cell phones to worry about, Foster says—namely, using the phone and driving. But if, despite everything, people are still concerned about their phone’s radiation, there’s an easy solution: using headphones or hands-free device for phone calls. “You can stick your phone someplace else and use those,” he says. “You don’t even have to have a good reason.”