Coffee is just the beginning. 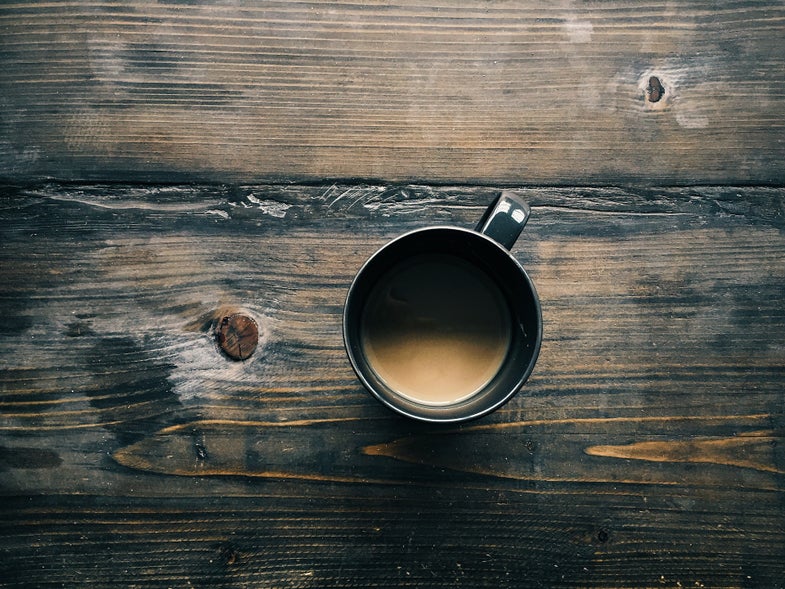 The reason: Proposition 65. It’s a California state law that requires businesses with 10 or more employees to provide reasonable warning about the use of any chemicals the state has decided could cause cancer, birth defects, or other reproductive harm. One of these chemicals is acrylamide, which a rodent study pinned as a possible carcinogen. It’s found in almost everything that’s cooked at a high temperature. And because a particularly litigious law firm recently sued the state for not properly warning residents about acrylamide in coffee, California is now on the verge of requiring all coffee shops and manufacturers to include a warning on the beverage that it may cause cancer.

The problem, of course, is that coffee doesn’t cause cancer. Acrylamide might cause cancer at very high doses, but the amount that you’ll find in your food is harmless. You’ve actually been unintentionally eating it for your whole life, because it’s in everything from potato chips to roasted asparagus. When the media world exploded about the acrylamide in french fries last year, we quoted Professor of the Public Understanding of Risk at University of Cambridge David Spiegelhalter thusly: “Adults with the highest consumption of acrylamide could consume 160 times as much and still only be at a level that toxicologists think unlikely to cause increased tumors in mice.” The American Cancer Society agrees. Most of the hoopla about acrylamide comes from a single rodent study that found it caused a few more cases of cancer than baseline when given in extraordinarily high doses. No human studies suggest it’s carcinogenic at any realistic dose. The most dangerous thing about a fried potato is the high calorie count.

Some people have argued that Prop 65 is just allowing consumers to be cautious, and that can’t possibly be a bad thing. Many, many others have countered that, in fact, over-warning the public is itself a danger. If every coffee shop has a warning telling you that a cup of joe might cause cancer, you’ll probably just stop paying attention to the warning, which defeats the whole point. There are legitimately carcinogenic chemicals that people should be avoiding—but acrylamide isn’t one of them.

This is, however, pretty much in line with California’s general attitude toward labels and warnings. Their Department of Public Health also warned parents about the radiation from cell phones causing cancer, even though countless international public health institutions say that it doesn’t. The same thing happened with glyphosate, a popular herbicide, which they thought was carcinogenic even though thorough reports suggest it’s safe. The state has a history of taking one or two studies to inform their better-safe-than-sorry stance, even if the overall body of evidence contradicts those reports.

By California’s logic, all sorts of things should have warning labels. We wanted to make a joking list of ridiculous items that would need a cautionary sign according to Prop 65—but then we did our research. Turns out the state of California already slaps a warning on just about everything. Here’s just a small sample of everything that could kill you out west:

In order to abide by Prop 65’s rule on lead in furniture, Tiffany-style lamps have to have a warning label. The ornate lampshades have lead in them, and since lead is carcinogenic (weakly, but still!), they have to get a label. We do worry about lead paint in houses, because the flakes can get onto the floor and babies love putting stuff on the floor into their mouths, but lead in a lamp is usually encased or otherwise pretty solid. All the same, don’t let your kid (or your spouse) lick a lampshade or an electrical wire.

The metal dust and diesel fumes given off by your favorite amusement park rides could give you cancer, and the state of California needs you to know. Also, the food you eat there might be fried, which could give you more cancer, and you might drink a beer there which also could give you cancer. The whole park is basically a death trap. Spending a day in Disneyland isn’t likely to expose you to enough of any of the worrisome chemicals to cause harm, but the warning does make one wonder why, if amusement parks are so hazardous, Californians aren’t jumping to protect the people who work there every day.

Sometimes people smoke in hotels. They also drink alcoholic beverages. Both of these things can give you cancer, and so whenever you enter a hotel (or “other lodging establishment”) you must be warned. California hotels now often carry an actual warning label advising you about these dangers (yes, seriously), lest you wander into one unwittingly.

Engine exhaust from your “recreational vehicle”—along with the carbon monoxide and other engine-related chemicals—poses you a threat. Therefore, your boat must carry a warning label that advises you to avoid exposure to everything the boat does. If you’re thinking “but cars do that too,” don’t worry: passenger vehicles also carry the warning.

When wooden furniture is made, from sofas to bed frames there tends to be some wood dust. You know, because it’s made of wood. But wood dust is dangerous, and it doesn’t matter that it’s really only a problem if you regularly inhale the levels of wood dust that sawmill workers are exposed to. Furniture that might still contain wood dust has to carry a label all the same.

Mercury can cause birth defects, and therefore all fish high in mercury (like tuna, but also swordfish, marlin, king mackerel, and tilefish) falls under the Prop 65 guidelines. You definitely shouldn’t be eating a ton of fish while pregnant, but most of us should be more worried about mercury poisoning, which anyone can get from consuming too much fish—not that Prop 65 warns you about that.

Apparently there’s acrylamide in your pumpkin pie and you’ve been eating it for years. California’s got your back.

According to the state of California, we should all be soaking our potatoes in water for 15 to 30 minutes before cooking them, and we should never fry or roast them to a deep golden brown. We should carefully make them a light brown so as to avoid the acrylamide produced in the cooking process. So… have fun with that.

It’s well-known that consuming lots of alcohol on a regular basis increases your risk of cancer. Alcohol doesn’t give you cancer, but it can make you more likely to get it. A few beers a week—or maybe even a glass of wine a day—isn’t going to do you in, but high daily consumption can certainly push a person’s risk of getting cancer higher. Studies suggest that increased alcohol consumption might even be (partly) to blame for the rise in colorectal cancer in young people. So if we’re going to applaud California for any of their labels, it’ll be for this one. Licking lamps and driving boats probably won’t give you cancer, but a life of alcoholism might. Will a label on alcohol do more than teach people to tune out cancer risk warnings? Unclear. But it’s true we should all try to keep our drinking in moderation.

Look: no lifestyle can protect you from every kind of cancer. Genetic mutations are an inevitability, and cancer can strike anyone. You can certainly decrease your risk, mainly by not smoking or being overweight, since those two factors contribute to many cancer cases. You can exercise regularly, eat a balanced diet, and try not to drink too much. But at the end of the day, you shouldn’t be making every tiny decision based on whether it might contribute to your cancer risk—because simply being alive and having cells that continue to replicate puts you at risk of developing the disease. So sit back, relax, and do the best you can with the body you’ve got. And have a nice cup of coffee while you’re at it.