Cosmetic supplements have a lot of claims, but not enough science. 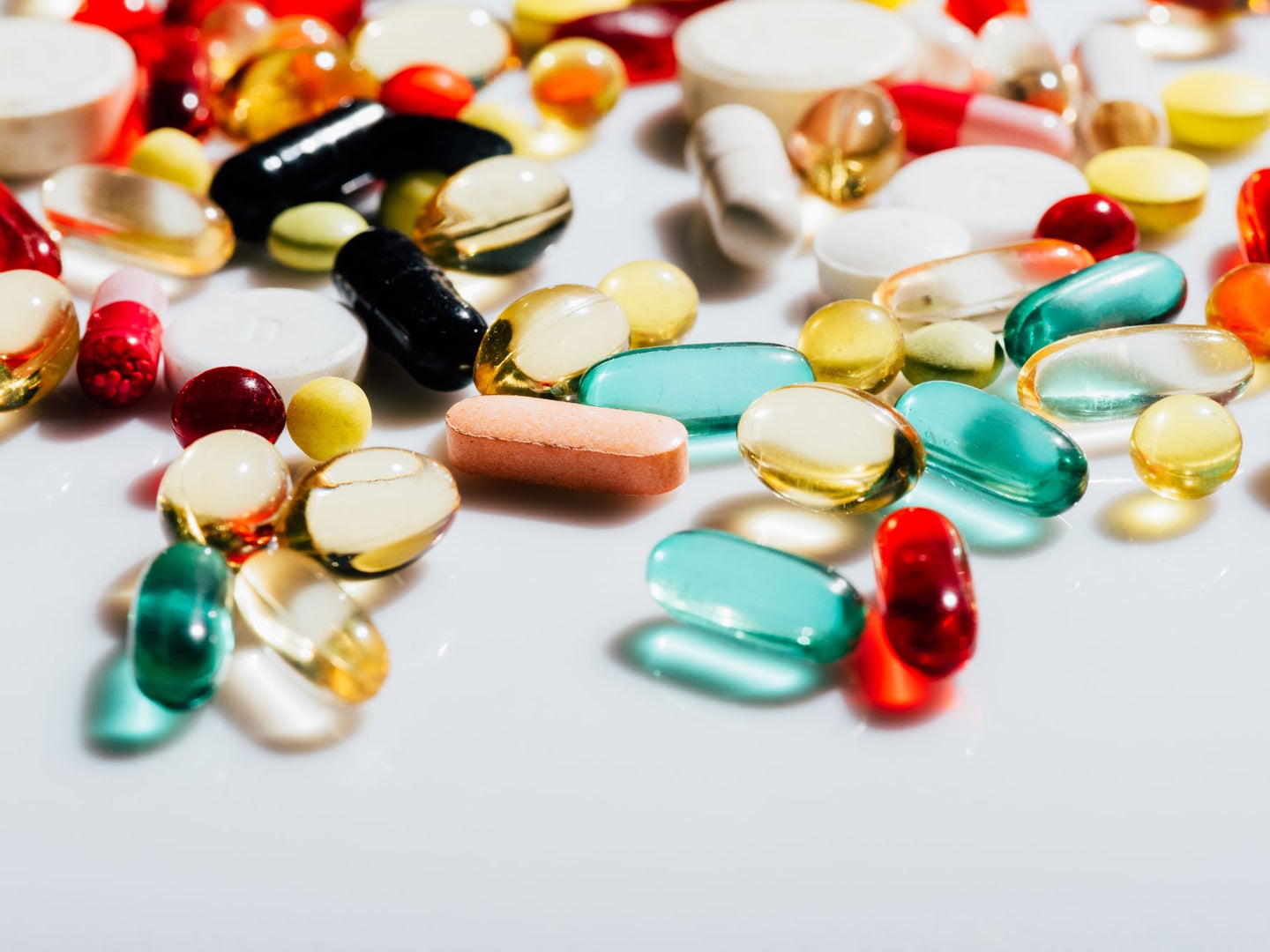 For centuries, women have turned to creams, superfoods, and potions for the sake of beauty. But today, an increasing number of people are instead popping a pill—taking so called beauty vitamins, ingestible capsules, or gummies that all promise to improve their hair, skin, and nails. But the science behind this method is not so clearcut. Like far too many attempted beauty cures before it, most of these vitamin regimens come with tall claims, lowly research to back them up, and occasionally, the potential to cause harm. There’s no question that this beauty trend is taking hold. Walk into any cosmetic store and the shelves are stocked full of a variety of pills all with similar hair, skin, and nail improving claims. Recent research reflects this. According to a Business of Fashion article last year, about 20 percent of supplement users in the United States take them for skin, hair, and nail benefits. As a whole, dietary supplements—the term used to describe all ingestibles meant to improve or boost your health—were a $133 billion market worldwide in 2016 and expected to grow to $220 billion in 2022. Why are people turning to a vitamin to fulfill their skin goals? Dermatologist Patricia Farris, a clinical associate professor at Tulane University School of Medicine, says Americans are starting to value a “beauty from within” approach. “We’ve always done the inside out approach in the United States, but in places like Asia… they’ve long valued nutrition and the role of nutrition in anti-aging and growing hair,” she says. “We’re just starting to see it now in Western culture.” You’ve probably seen these little magical vitamins all over Instagram, and in beauty and skin product-specific stores like Sephora and Ulta touting often vague, yet highly appealing, claims. One vitamin by Hum Nutrition, a popular maker of supplements sold by Sephora, claims to have the “key nutrients critical for good looks and health.” Another by well-known skin care brand Murad promises to “provide the nutrients needed to support the body’s natural defense against blemish-producing toxins.”

But let’s answer the big question. For all their hype, do they really work?

That’s a challenging question to answer, according to Pieter Cohen, a physician at Cambridge Health Alliance who has done independent studies on dietary supplements. The main reason, says Cohen, is that beauty supplements aren’t backed by extensive clinical research. Further, he says, an ingredient that’s proven to work topically won’t necessarily work orally. “Some ingredients are being promoted as though they enhance beauty without any trials. It’s completely legal in the United States, even if you don’t have a single human trial,” he says.

Research that does exist for certain beauty supplements is largely industry-funded, though that doesn’t automatically mean it should be dismissed. “Just because a company does a study doesn’t mean it’s an invalid study,” says Farris, who has worked as a consultant for cosmetic companies creating vitamin lines. “Many studies are done in research labs [by independent scientists] but sponsored by the company.”

Countless numbers of these studies exist, and many of them have yielded results that have helped to draw conclusions and piece together any connections between supplementation and strengthened skin, nails, or hair. One good example is Viviscal, a celebrity-endorsed, research-backed hair growth supplement. The oral marine protein has been extensively tested in randomized, double-blind studies, which showed that they promote hair growth.

Research also backs ingredients like vitamin C and E. A 2016 study showed that women aged 40 to 70 who supplemented with a specific mixture of antioxidants, including vitamin C and zinc, had improved skin brightness and less dark circles, spots, and redness.

Collagen hydrolysate, which are broken collagen fragments that make it more bioavailable, and thus more readily absorbed by the body, also appears to be scientifically proven. Collagen is commonly used in beauty supplements because it’s the protein in our bodies that helps our skin retain its elasticity and tone. And it’s popularity seems to be increasing. According to market research firm Nutrition Business Journal, American consumers will spend about $122 million on collagen products this year, up 30 percent from last year.

Skin researchers also have a pretty solid understanding of the mechanisms through which this improved skin resilience comes from. “You can’t absorb a whole molecule of collagen, but you can absorb collagen building blocks,” Farris says. “[Studies show that] when you take these building blocks of collagen, you can boost collagen production in the skin and make the skin look better.”

One clinical study from 2014 tested a collagen hydrolysate supplement in 114 women and found that it reduced the number of wrinkles the women had. At least one study from 2017 also showed that collagen peptides, another word for hydrolysate, also help brittle nails. But only 25 participants were included in the study, making it hard to make sweeping conclusions about the association.

According to Cohen, that’s the main problem with studies on beauty vitamins: They aren’t large enough to be conclusive. “A lot of times we see small studies and when you try to reproduce it, you don’t get the same result,” he says.

But despite the positive benefits that some of these smaller studies have shown, the bigger picture is that beauty supplements as a whole won’t work universally for everyone, says Cohen. That’s because while vitamin deficiencies can actually impact the quality of our skin, hair, and nails, most people don’t have these deficiencies.

“Consumers might think, ‘Maybe I’m missing a vitamin that could improve my hair,’ but [that’s not likely] unless you are on an extreme diet—for example, someone is so addicted to alcohol that they don’t consume anything other than alcohol.”

Farris says a vitamin D deficiency can make your hair fall out and give you dry, patchy skin. So dermatologists assessing whether a patient would actually benefit from a supplement should first test that person’s vitamin D levels, and also check for other causes of hair loss such as anemia, thyroid disease, and iron deficiency.

Biotin, a B vitamin, is also a supplement that’s extremely popular among women looking to get healthier nails and hair, but research show that it doesn’t do anything beneficial unless someone has an true deficiency in it. In a 2018 study published in the Journal of the American Academy of Dermatology, researchers concluded that “there is limited data on biotin supplementation to treat dermatological conditions, especially in patients with normal biotin levels.”

Far more supplements don’t have any publicly available evidence at all, and instead make vague claims. For example, the gummy called Sugar Bear Hair touted by the Kardashian family on Instagram, for example, tells customers to “Just chew and swallow 2 gummy bears a day to get all the nutrients needed to meet your hair goals!”

These type of claims are called structure and function claims, which don’t go through the Food and Drug Administration, the regulatory agency that oversees supplements, says Barbara Schneeman, a nutrition scientist at the University of California, Davis.

“The FDA does not approve these claims; they are only required to be notified of the claim,” says Schneeman, who also served as the director of the Office of Nutrition, Labeling, and Dietary Supplements in the Center for Food Safety and Applied Nutrition at the FDA for eight years.

Rather, she says, “the FDA is mainly trying to ensure [that manufacturers] are not making a drug claim.” A drug claim is one that asserts the supplement can cure a disease or condition. By and large, beauty vitamins on the market work around that by claiming things like a pill “supports stronger nails and longer nails,” as Hum Nutrition says on their website.

But Halo Beauty provides very little information about Ceramide-RX to the consumers; the results of that research don’t seem to be publicly available, either. Halo Beauty, Hum Nutrition, and Viviscal did not respond to requests for interviews.

These precautions should not be taken lightly, as not all supplements are benign, and some have the potential to be dangerous. In a 2010 study out in JAMA, a women taking a selenium dietary supplement experienced hair loss, nail discoloration and brittleness, and even fatigue and vomiting, but none of the patients actually realized their symptoms were coming from the pills. In fact, some patients actually doubled their dosage in response to their new gastrointestinal issues.

This underscores that the FDA is letting manufacturers off too easy by setting the bar too low, Cohen says. And in the process, its confusing consumers into thinking a product will work for them when there’s no evidence of that.

The best path forward for consumers, says Farris, is to not give in to the hype and load themselves up with vitamins. If you have a specific skin condition that you’d like to rectify, don’t pick up a popular beauty vitamin you see on Instagram. Instead, see a dermatologist who can assess whether you actually have a vitamin deficiency (or perhaps another reason for the problem) and who can guide you in selecting supplements that have science behind them.