Your Guide to the Best Superconducting Wines

Red wine can efficiently turn iron compounds into superconductors, a finding Japanese researchers stumbled upon at a boozy party last... 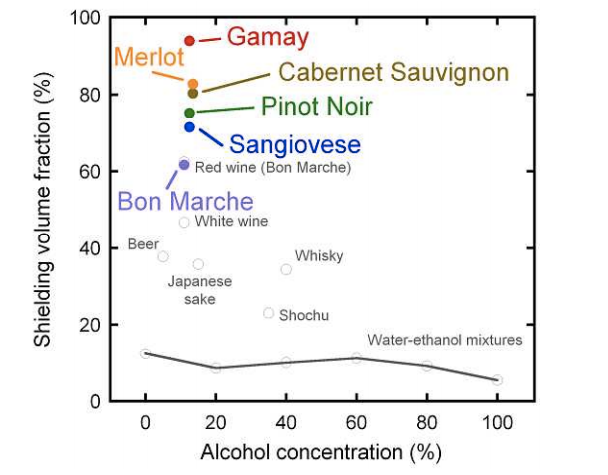 Red wine can efficiently turn iron compounds into superconductors, a finding Japanese researchers stumbled upon at a boozy party last year. Now they have figured out how. Tartaric acid in the wine — especially in a French Beaujolais, from the gamay grape — seems to be the culprit.

Physicists at Japan’s National Institute for Materials Science were experimenting with an iron compound that becomes superconductive after being soaked in liquid, and they decided to try it with beer, sake, whisky and wine. They found wine worked best, but no one could tell why. Now the team has tried it again, uncorking six different types to see which one was the most effective. They used wines made from gamay, pinot noir, merlot, carbernet sauvignon and sangiovese grapes, and it turns out the best was the gamay. Specifically, a 2009 Beajoulais from the Paul Beaudet winery in central France. They posted their paper to the arXiv preprint server.

For good measure, they also tested white wine, beer, Japanese sake, whisky and shochu. All these potent potables were better at inducing superconductivity than water, but none was as effective as the red wine.

The researchers measured various characteristics of the wine and found that the samples with a higher concentration of tartaric acid had a higher superconducting capability. To test this, they isolated tartaric acid and put it in some water. It worked, but again, not as well as red wine, suggesting there’s something special about the stuff that makes iron, tellurium and sulfur want to behave a very specific way. Cheers to that!