The Beautiful Innards Of 19 Everyday Objects 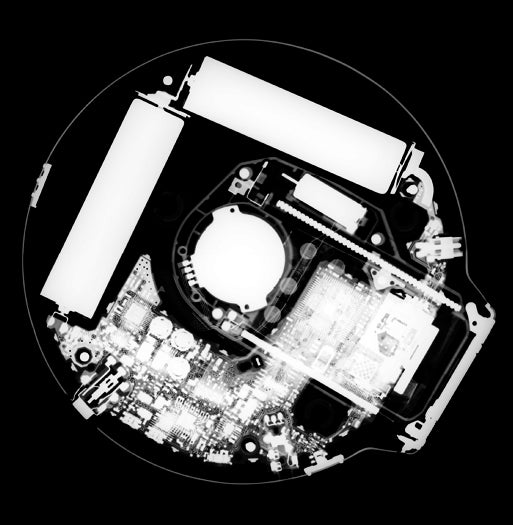 You may not know it, but November 8th is the International Day Of Radiology. On this day in 1895, German physicist Wilhelm Roentgen accidentally discovered x-rays. The British Library tells the story of the serendipitous revelation. 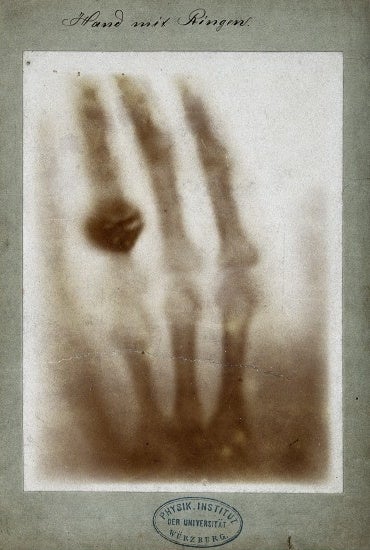 At right, you can see the very first medical x-ray. It’s an image of Roentgen wife’s hand—including her massive wedding ring. The discovery earned Roentgen a Nobel Prize.

The International Day of Radiology was organized by a bunch of radiologists to raise awareness about how important radiology is. That may sound a bit self-aggrandizing, but medical imaging techniques really do save lives.

To celebrate this perhaps underappreciated holiday, General Electric scanned a bunch of random objects as part of their #SeeInsideIt campaign, and we are now sharing those images with you, because they’re pretty awesome.

Happy IDoR, everybody! Above is an MRI of a pineapple, and the photo gallery is below. 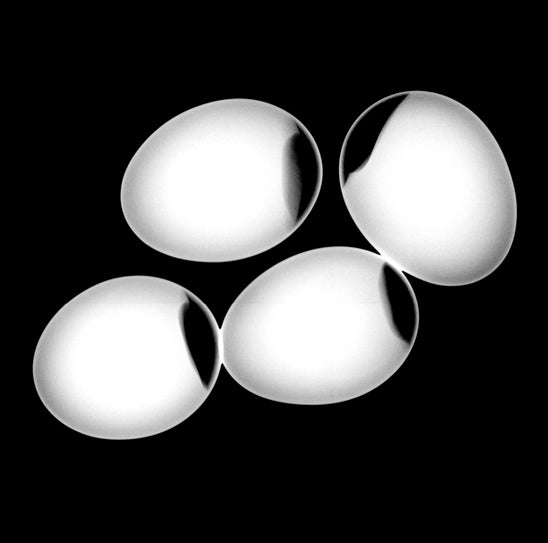 No, These Are Not Eyeballs

They’re eggs, and the black parts are air cells. (In case you’re curious, an air cell forms when an egg loses water and CO2 through its pores — it pulls in the surrounding air to replace the lost volume.) When radiologists take an x-ray, they fire the radiation at an object that’s either on top of or in front of an x-ray detector. If the rays don’t reach the detector — meaning they were absorbed by the densest parts of object, like the meaty section of an egg — that area shows up white on the resulting image. If the rays encounter no resistance, they hit the detector and show up completely black, like in the airy part of the eggs. If the rays hit soft tissues and get partially absorbed, it creates a gray color in the image. 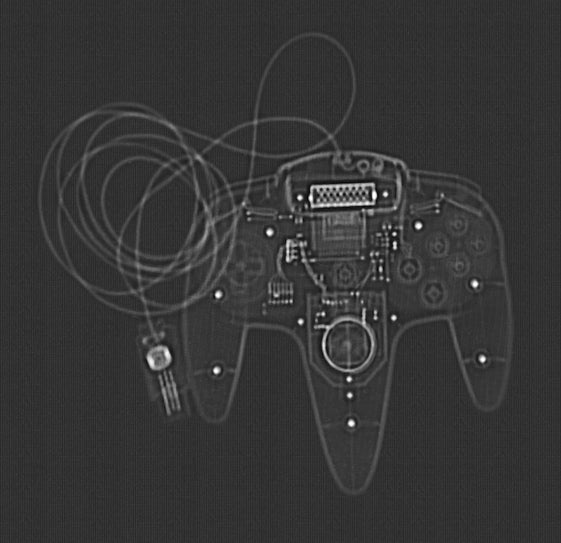 Computed tomography scans also use x-rays. But instead of being stationary, the CT machine moves all around the object of interest, firing a thin beam of x-rays and taking many ‘slices’ of the object. These scans help doctors put together a three-dimensional picture of an injury, a tumor, or in this case an N64 game controller. 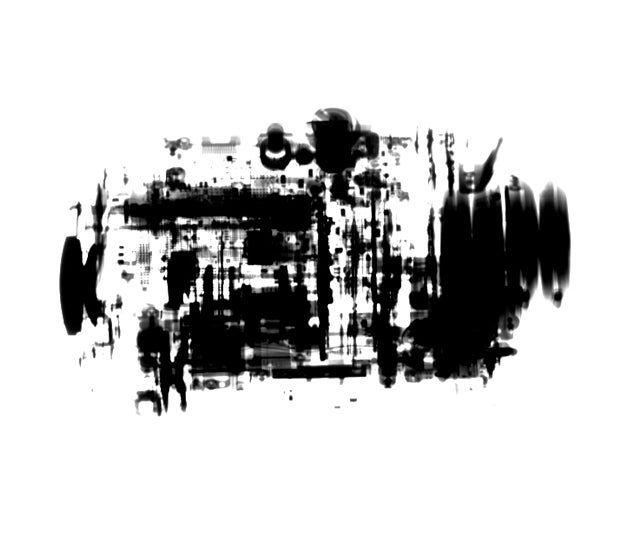 This abstraction was taken using x-ray backscatter. Instead of catching the x-rays that travel through an object, backscattering takes a picture of the x-rays bouncing off of it. So in this image, the black parts are the denser and the white parts are softer. 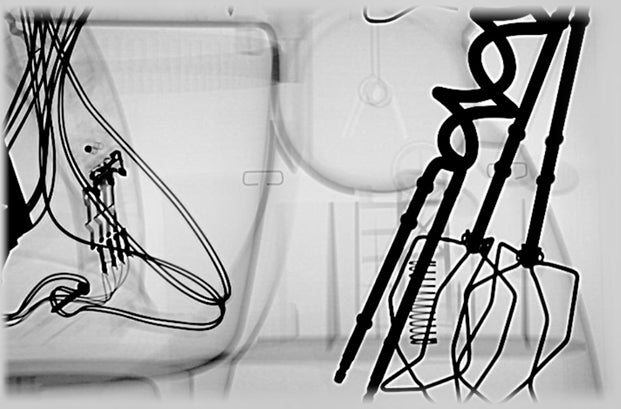 In this backscatter x-ray, the darker parts reveal the dense metal and wire components of a hand mixer. 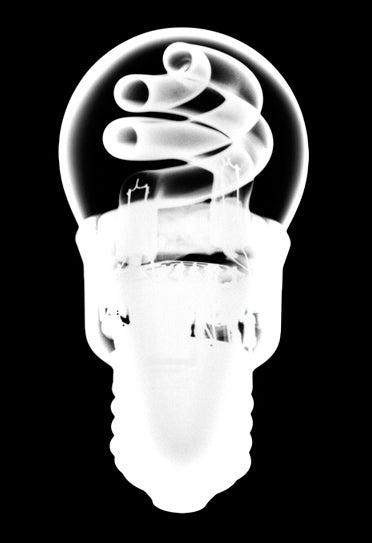 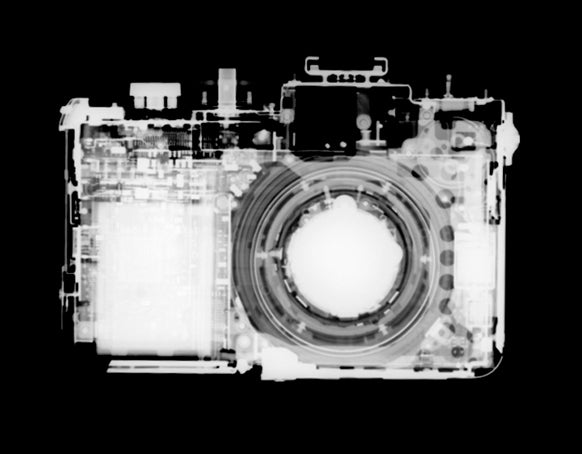 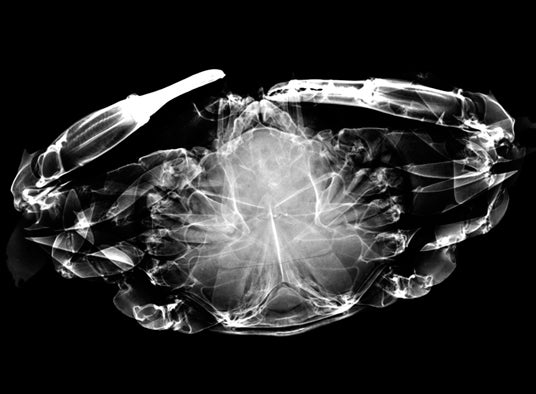 Is it just us, or does it look like this crab contains a Crab Nebula? Imaging method: X-ray 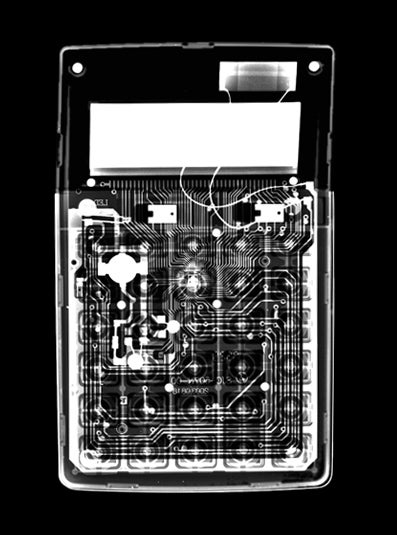 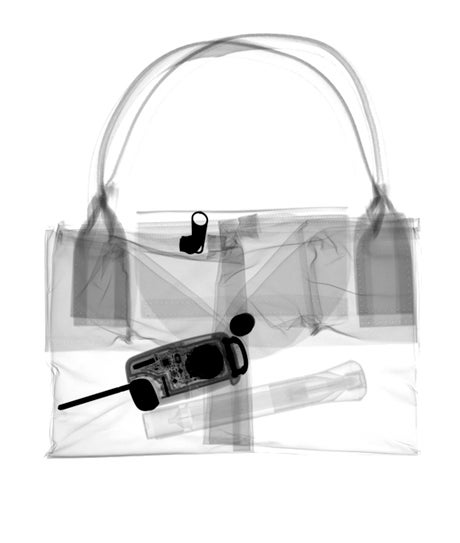 If this purse were actually owned by a real woman, there would be a lot more stuff in it. Imaging method: Backscatter x-ray 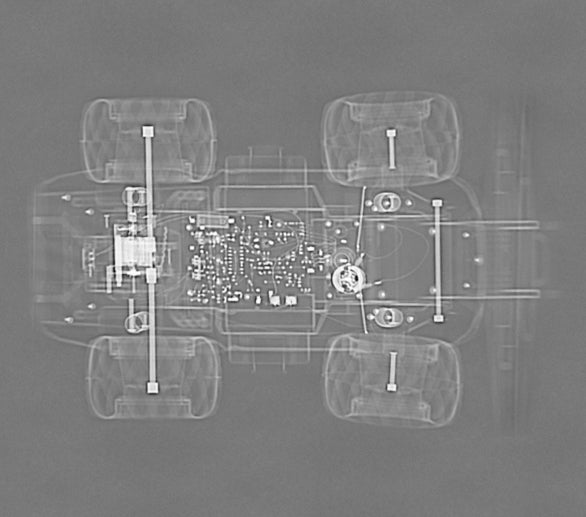 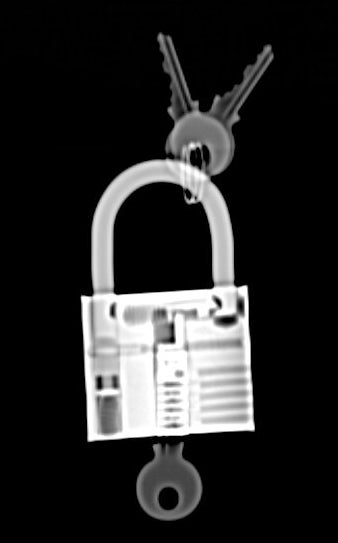 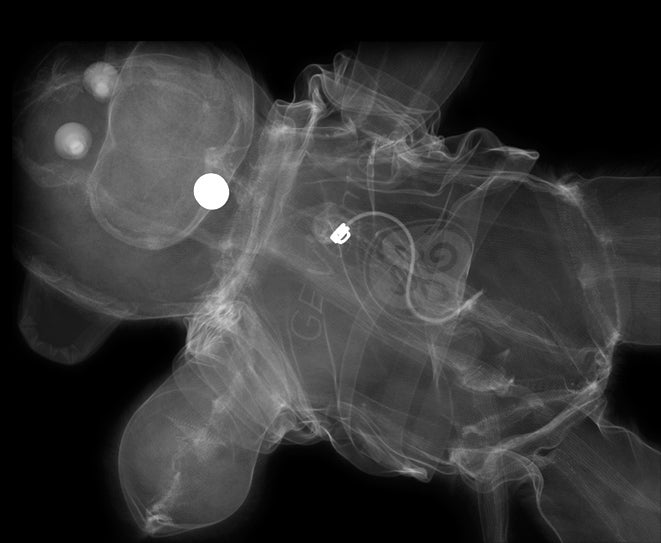 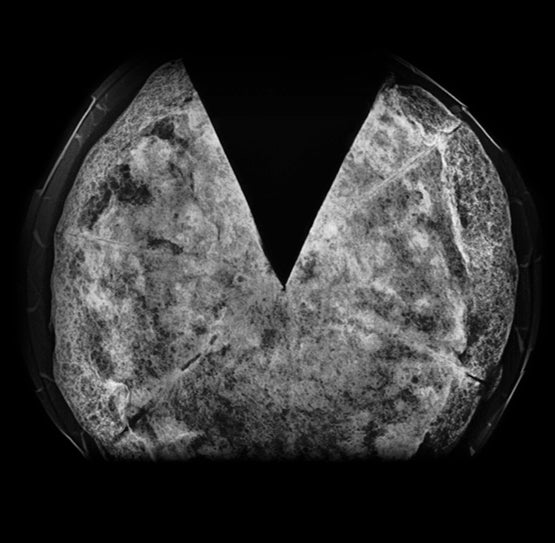 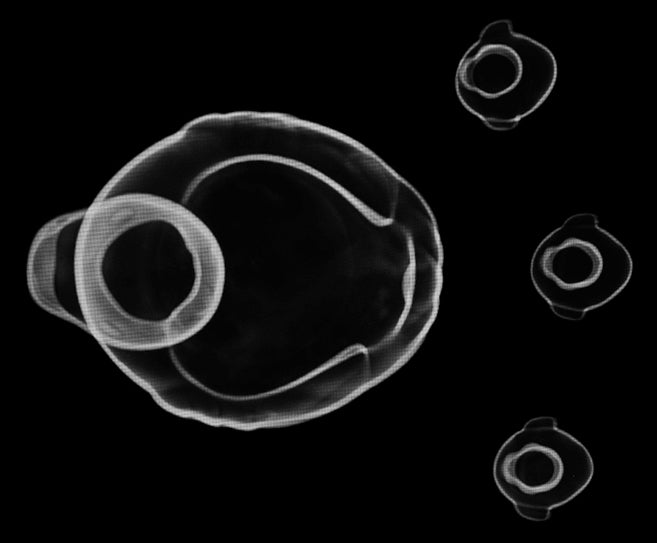 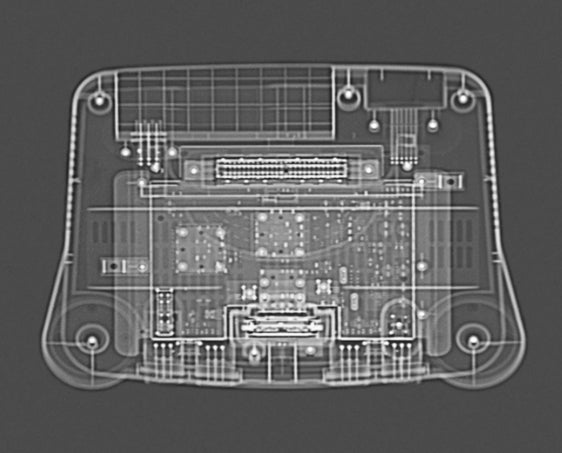 Though the console’s identity was not revealed, we’re pretty sure it’s an N64. Imaging method: CT scan 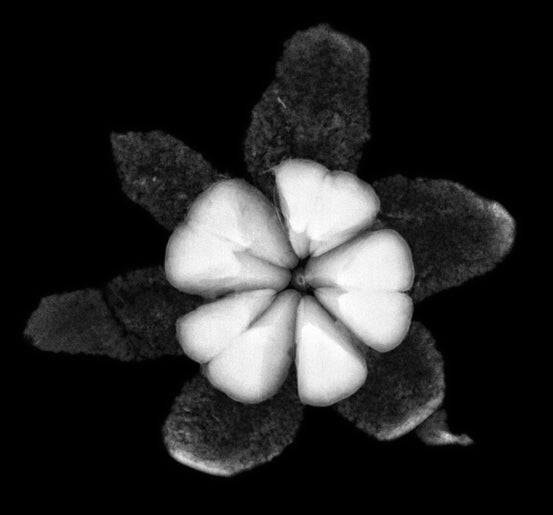 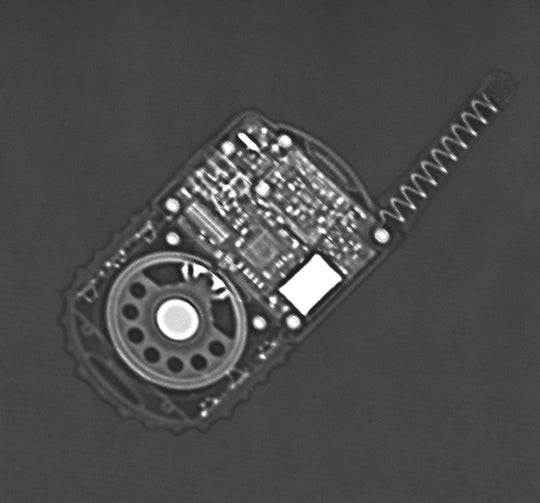 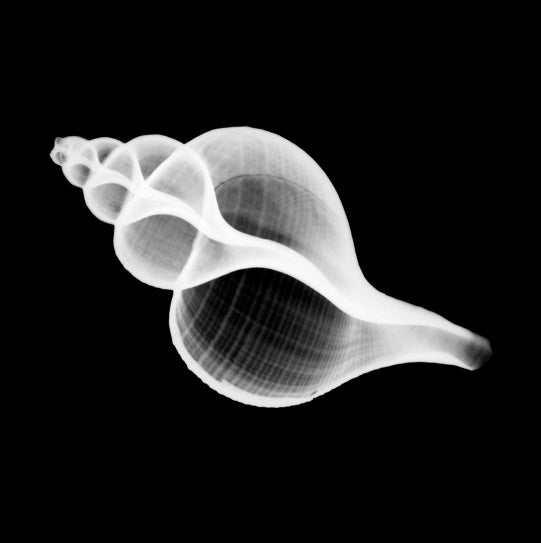