Even as a hardcore space nerd, I come across images from the Apollo era of things that I have no... 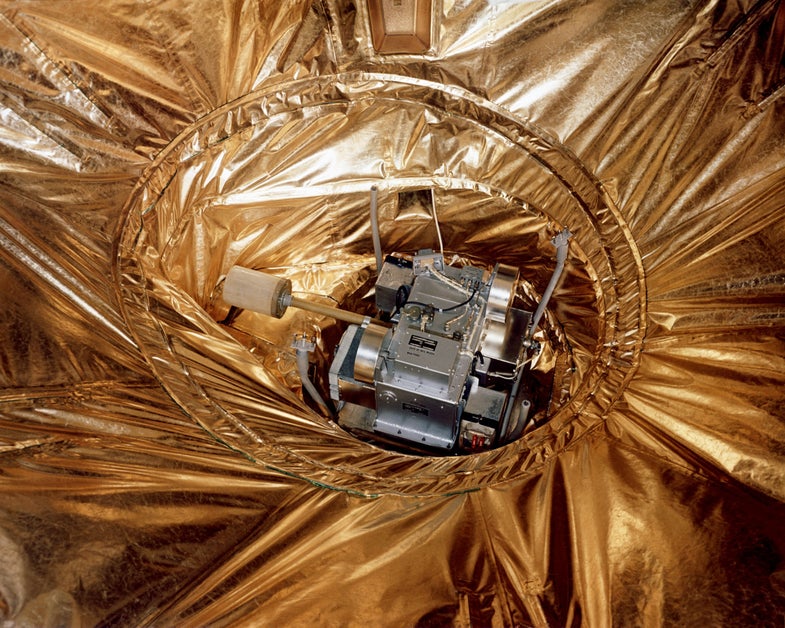 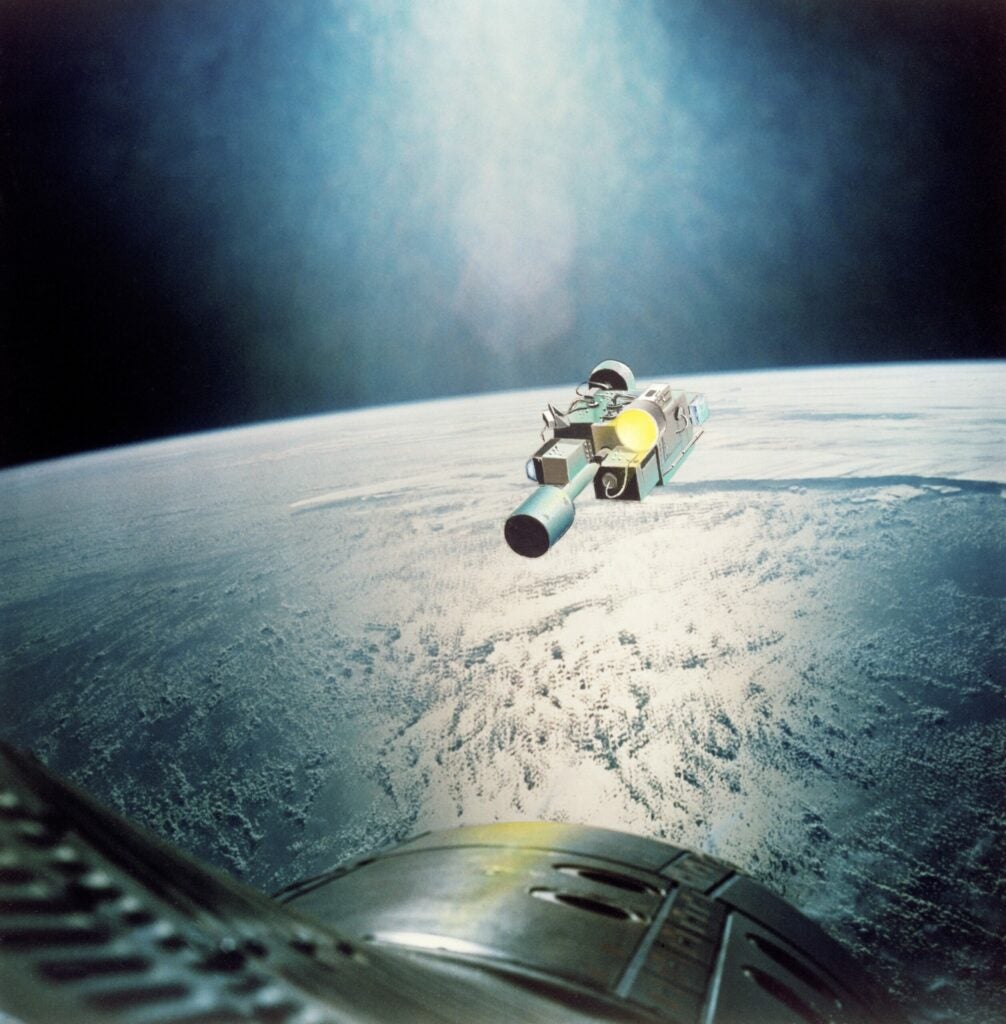 Even as a hardcore space nerd, I come across images from the Apollo era of things that I have no idea what they are. Case in point, this image to the left from Gemini 4 was is familiar to me with some cartoon thing placed on the horizons. A little digging turned up a neat story about Gemini 5.

1965 was the year America started pulling ahead of the Soviet Union in the space race. It was the year NASA launched the first manned Gemini missions, taking the first firm steps on the path to the Moon. But it wasn’t easy going. These were still the early days of space exploration and things didn’t always go right, occasionally to the cost of mission success.

Gemini 5, the third manned mission in the program, was scheduled as an eight-day flight. The duration was the primary goal; NASA was years from sending men to the Moon so needed to be sure the spacecraft and all the life support systems therein could keep the crew alive long enough to get them there and back. Eight days was the minimum flight time. And folded under that goal was the objective of measuring the effects of such a long mission on the crew, Gordon Cooper and Pete Conrad.

The other major goal for the mission was to evaluate the rendezvous guidance and navigation system. 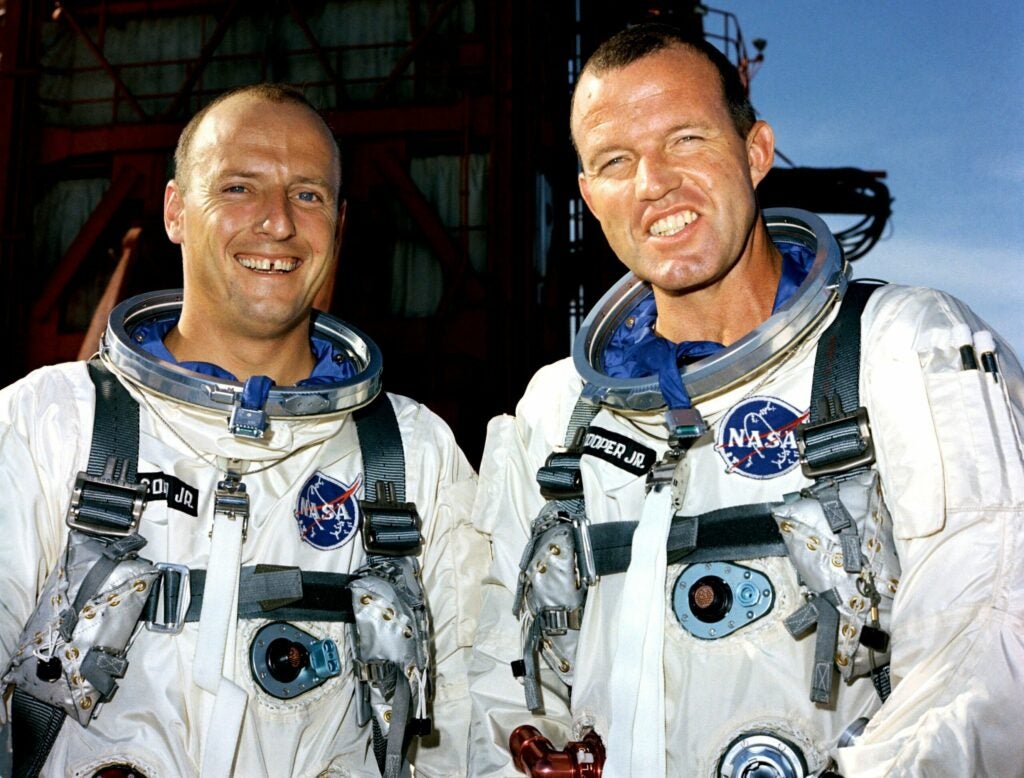 Rendezvous was a major program goal for Gemini because it was a necessary maneuver for all Apollo missions. Not only would Apollo crews have to dock with the lunar module on their way to the Moon, they would have to connect the lunar and command-service modules in orbit around the Moon after a landing. Rendezvous and docking had to become routine over the course of the Gemini program so it would be second-nature to Apollo astronauts.

To this end, the Gemini spacecraft was designed to rendezvous and dock with the unmanned Agena vehicle, a target that would be launched separately. But before any Gemini could rendezvous with an Agena, NASA had to test the rendezvous equipment on the spacecraft, which meant using the radar evaluation pod. The radar evaluation pod, REP, was designed to be used with the same rendezvous radar and guidance system developed for use with the Agena. It would allow the spacecraft to perform the manoeuver but not dock, training astronauts on the tricky flying.

the first REP was carried into orbit with Gemini 5, tucked away into the rear adapter section when the mission launched on August 21, 1965. It was ejected on schedule two hours, seven minutes, and 15 seconds after launch. When checks said everything was working well, the crew turned the spacecraft around to lock onto the REP’s radar. Then they manoeuvered the spacecraft such that the REP moved away from Gemini 5 before heading behind and above it. But at that point the crew noticed something was amiss. 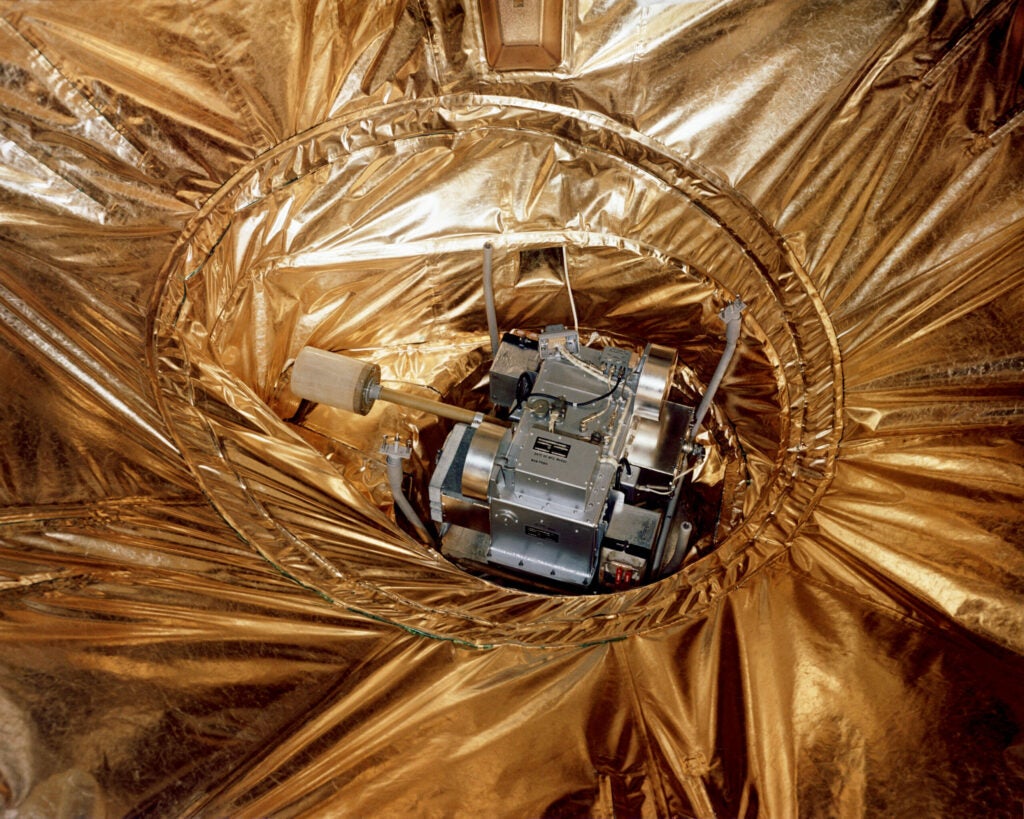 Facilitating the long-duration mission goal was a new fuel cell; previous missions used batteries. In a fuel cell, the reaction of hydrogen and oxygen is converted into electrical energy, a process that generated far more power than batteries alone, though batteries were still used for reentry. But the fuel cell required cryogenic gases to work, and the Gemini 5 crew noticed the pressure in their cryogenic oxygen was falling.

The cryogenic oxygen level eventually fell below the specified limit, forcing the crew to power down the spacecraft to conserve what power they did have, which in turn forced them to abandon the the REP rendezvous experiment. In this low power state, the crew ran four radar tests to evaluate the rendezvous system for later missions, but ultimately ended up basically running out the clock in orbit to reach that eight day goal. There were other experiments, but for the most part it was long and kinda boring for the crew.

But Gemini 5 managed the eight day duration making it a success. Gemini 6 and 7, helped along by the successful rendezvoused radar tests from Gemini 5, successfully flew within a few feet of one another in orbit at the end of 1965. Gemini 8 made the first successful docking in space in 1966.