NASA may have detected a ‘Marsquake’ for the first time

It’s the dawn of Martian seismology. 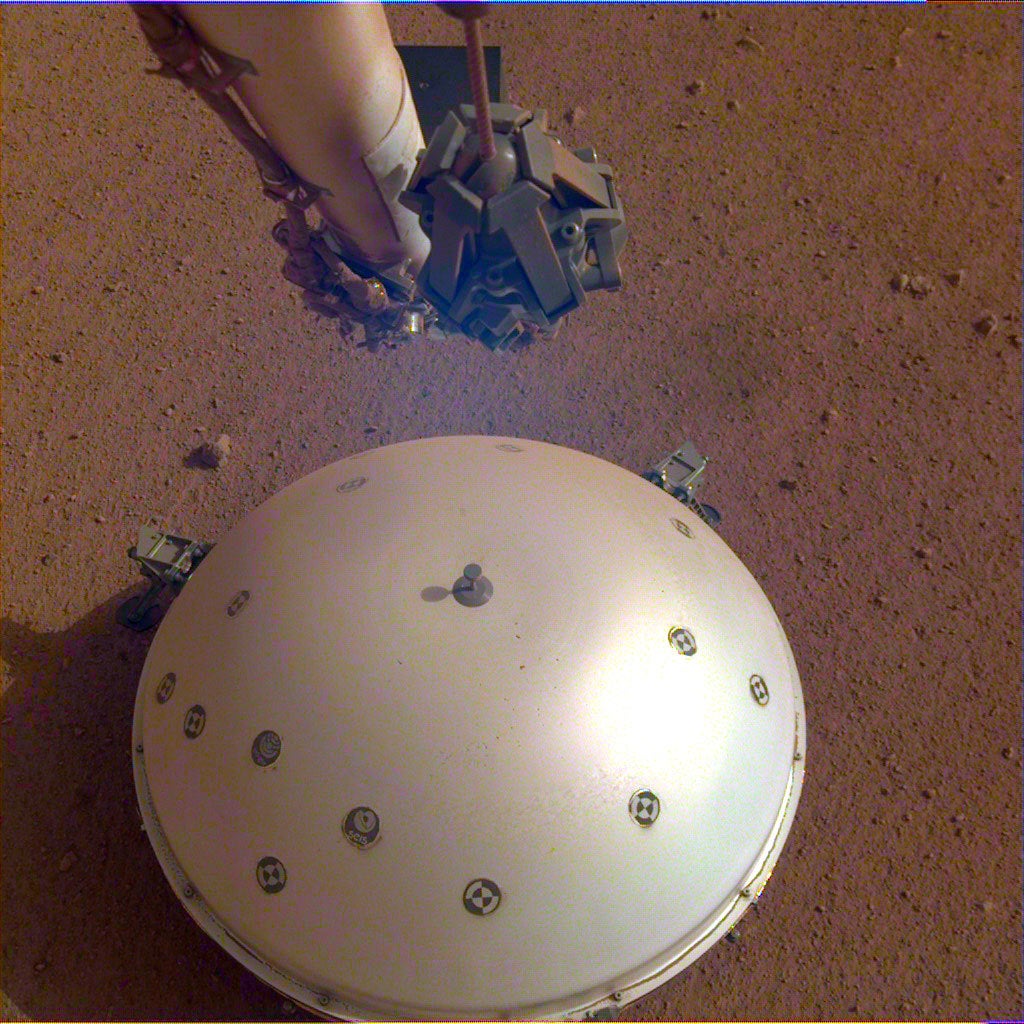 NASA’s Mars InSight mission has only been in full swing for about a little over four months now, but it’s already poised to reveal some of the biggest mysteries inside the red planet. On Sol 128 (also known as April 6, or the lander’s 128th day on Mars,), the InSight lander recorded tremblings that most likely came from within the planet itself. If further analysis confirms what we’re already suspecting, we’ll have officially made the first-ever measurement and recording of an earthquake on Mars—a “marsquake”—demarcating the beginning of Martian seismology.

As explained by Philippe Lognonné, a planetary scientist from Paris Diderot University and the principal investigator of the Seismic Experiment for Interior Structure (SEIS) instrument on the InSight lander, the goal of the mission is to do on Mars what seismologists did on Earth at the turn of the 20th century. (Coincidentally, the first remote quake on Earth was measured 130 years ago this month.) When InSight landed on the red planet in late November and turned on SEIS a few weeks later, it began a two-year investigation that would reveal what the interior of Mars really looks like, and more importantly how active it still is.

“People frequently show cartoons of what the inside of Mars looks like, showing a metallic core, and a rocky mantle and crust,” says Mark Panning, a seismologist at the University of Florida in Gainesville, and a member of the InSight team. Much of our gravitational and geological observations made through other missions has added support to these models—yet there remain large uncertainties, such as the size and composition of the metallic core and the crust. “Seismology then lets us better understand the sizes and seismic velocities of the Martian interior, which then puts limits on the temperature and composition of Mars, which in turn helps us understand its evolution over solar system history.”

Although SEIS had picked up other seismic signals in previous weeks, they were smaller and shorter than the Sol 128 event, and their origins were even more ambiguous. But let’s not overemphasize the significance of the findings. The truth is, the SOL 128 seismic event is quite small. “It’s small enough that we wouldn’t have seen it [from] an Earth station because of the higher noise on Earth,” says Panning. Right now, the InSight team estimates it will be about a magnitude 3 event, and it’s currently difficult to be more accurate without knowing the distance to the actual quake. Based on the data so far, Panning says the recorded signal is “far below what a human can feel.”

While there’s not a whole lot to glean from the Sol 128 event itself, the detection of this event is a harbinger for what’s to come. “The larger the seismic energy is, the deeper we will get information,” says Lognonné. “With the dust devils we got at the beginning of the mission, we have been able to get the structure of the crust for the first five meters. With the quake of SOL 128, we likely get some information down to a depth of tens of kilometers. With future quakes, we will get this information for the mantle and for the largest parts for the core.”

Interestingly enough, the shape of the signal’s energy, on first analysis, looks a little more like quakes on the moon than quakes on Earth. Neither body has tectonic plates, but both still experience quakes, caused by stress in the crust as a result of the cooling and contraction of the planet.

Repeated measurements of more quakes will go a long way in helping us characterize Mars. And while it’s a bummer the red planet is no longer the wet world it once was, the energy produced from such seismic events will propagate and scatter more easily through the dry rock. “If marsquakes do indeed look more like moonquakes, that could have an impact [on] our estimation of the amount of water in the crust,” says Panning. “Although it’s way too early to make conclusions yet.”

At the very least, the new observations are a confirmation that SEIS is working as splendidly as hoped. When it’s not picking up on measurements of the wind, SEIS (a set of six axis sensors) is comparable to the best kind of terrestrial seismology instruments and works on the same basic physics principles. Seismometers in general measure movements through the masses on springs. When the ground moves, it also moves the frame of a seismometer; but the mass on the spring does not move because of inertia. Measuring the motion of the frame in relation to the mass gives us a reading of the movements in the ground itself.

SEIS specialized enough to measure readings on a much more broad level of frequencies, and it’s also meant to account for the much wider temperature variations felt on Mars than on Earth. It’s able to adjust its parameters autonomously, since there’s obviously no one on the planet to do so.

”SEIS is performing amazingly on Mars, and we’re seeing performances better than we could ever do on Earth by orders of magnitude,” says Panning. Much of this, to be fair, is simply due to how “quiet” Mars is, especially since it lacks oceans.

We’ve yet to learn anything radically new from InSight, but this latest milestone makes clear it’s just a matter of time.