The ancient Lyrid meteors have never failed to amaze us. 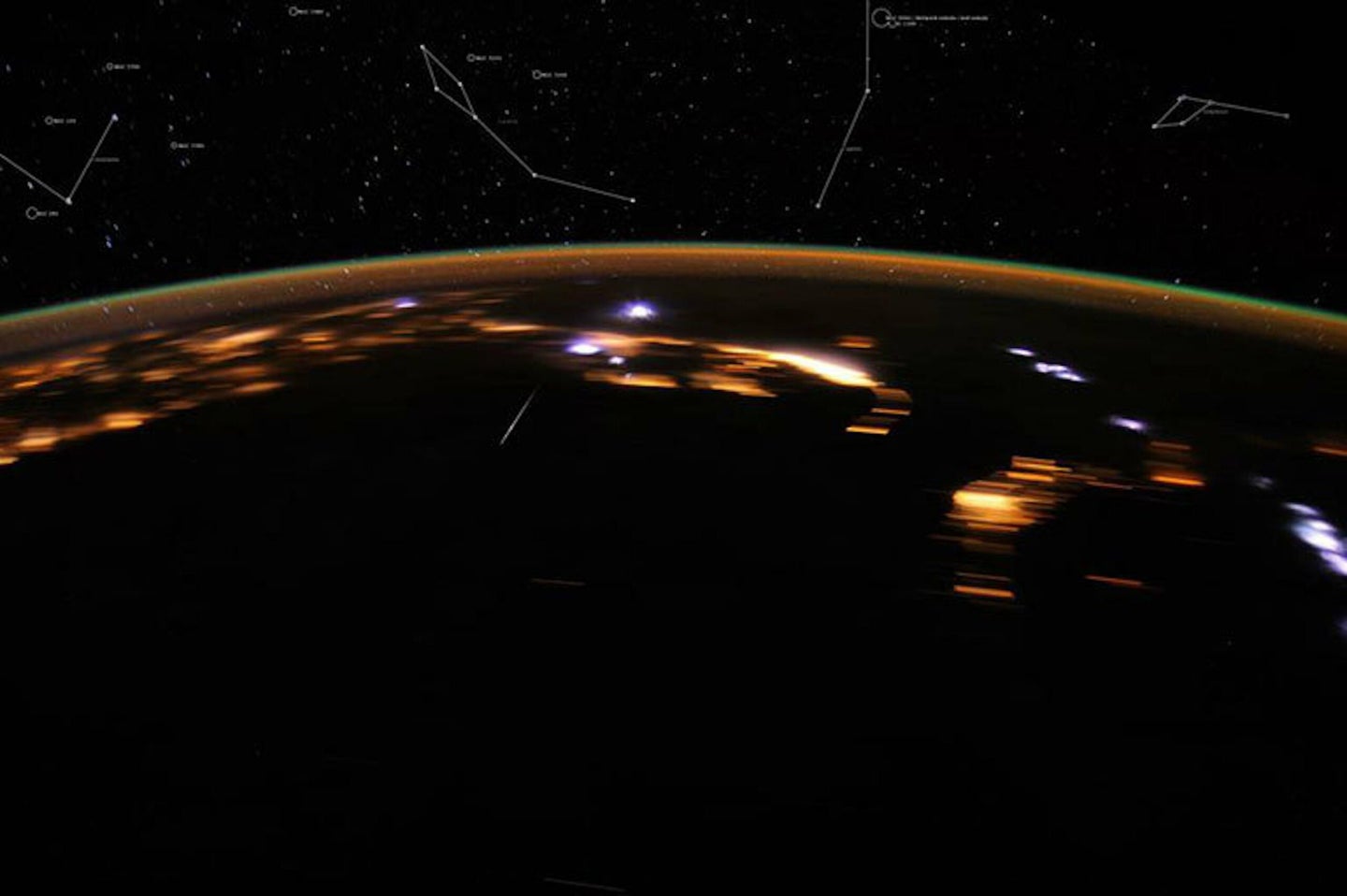 One of the trustiest meteor showers will light up the night sky late on April 22 and in the wee morning hours of April 23rd. This is truly a happy Earth Day.

The Lyrid meteors are famous for their speed and luminescence and the light show is among the oldest known meteor showers––recorded sightings date back to 687 BC. The astrological event peaks every April, when as many as 100 shooting stars flash across the sky per second (though 10 20 is more common), blasting through the heavens at 1,800 miles per hour. The speedy bursts leave glittering trails that remain visible for several seconds after the glowing space rocks disappear.

Meteors are pieces of asteroids and cosmic dust left behind when comets come close to the sun. When Earth passes through this space litter, the material’s gases compress when they hit our atmosphere. This compression heats the debris, creating a flurry of shimmering orbs visible to earthlings below. Specifically, Lyrid is courtesy of Comet Thatcher, which hasn’t come close to the sun since the late 19th century.

Since city light pollution stifles the blaze, stargazers looking for the full effect should stake out a more remote spot. Eyes need around 30 minutes to adjust to the dark so make sure to cut the lights in advance and don’t worry about bringing a telescope, these blazing bits of comet are visible to the naked eye.

Meteor showers are named after the constellation from which the glowing orbs seem to spew (but don’t actually come from). This illusion appears because earthbound beings can only see a small fraction of what’s going on around our planet. Since all of the meteors in a stream are moving relatively parallel with one another, meteor showers appear to be coming from a single place in the sky, even though the Earth is passing through a belt of refuse.

Lyrid’s namesake is the constellation Lyra, a cosmic harp whose brightest star, Vega, is twice as massive as our sun and likely has multiple large planets in its orbit. Vega is the Lyrids’ more precise radiant but because of foreshortening, the show from this angle appears short-lived. Turn away from the constellation and face east to catch a longer glimpse of nature’s fireworks. The show is most visible from the Northern Hemisphere and from the time the moon sets until dawn breaks. If you’re down under, don’t fret––the Lyrids can still be seen from the Southern Hemisphere, they will just appear lower on the northern horizon.

May all your wishes come true.