Thank millions of years of evolution. And your parents. 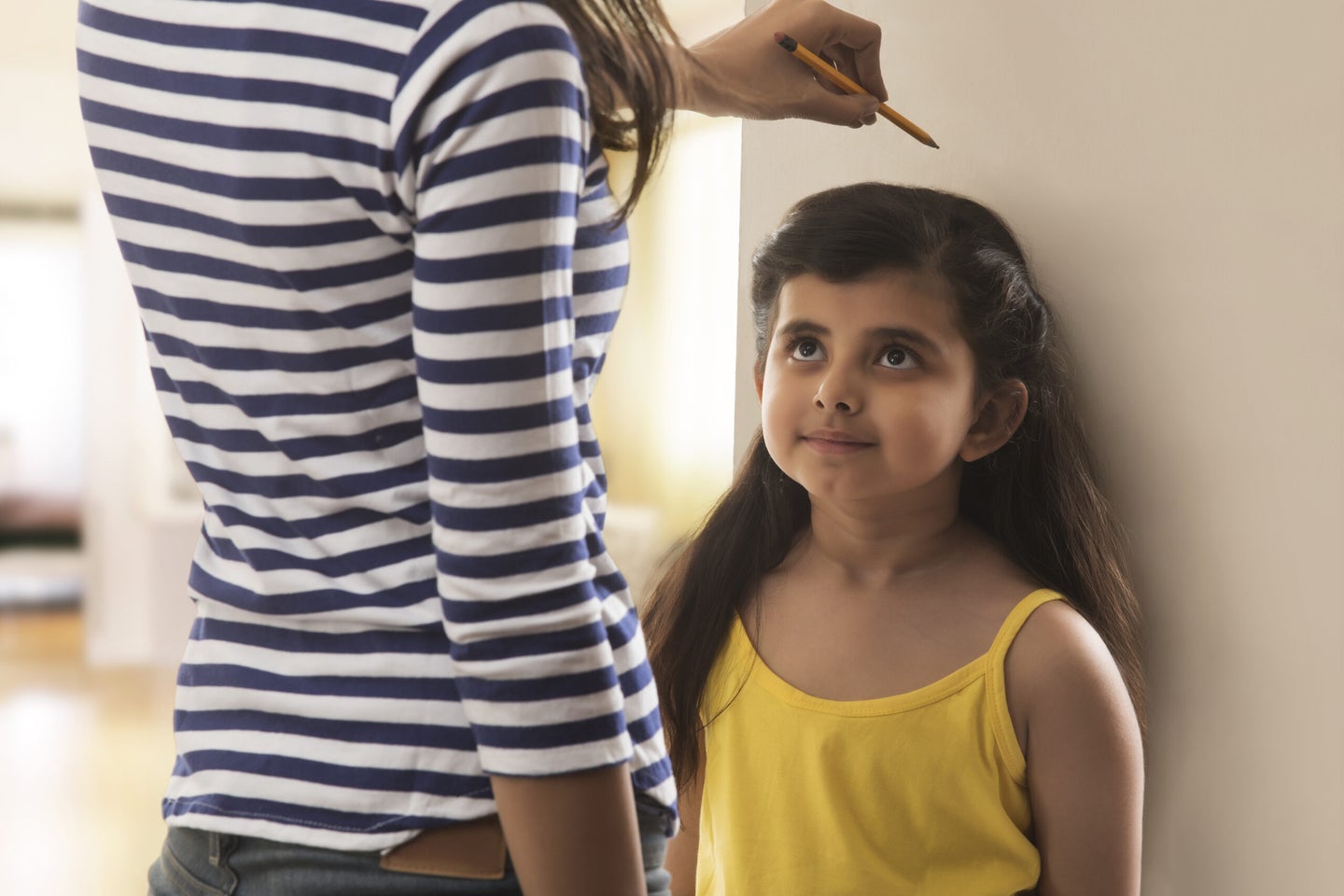 We all know the families populated by towering basketball players versus the petite households with builds best suited for, say, horse jockeying or wrestling. There’s probably a fair amount of height variation within friend groups, too: The tallest friend takes the selfies, while the shortest struggles to fit in the frame. But despite these drastic variations, humans pretty much fall within a normal height range: In the United States, healthy men are, on average, 5 feet and 9 inches tall while women are typically 5 feet and 4 inches. Thanks to middle school science class, we know that we inherit height from our parents. Why, though, do most people stay within these standard limits? Why don’t we all grow to be 10 feet tall?

Why we will likely never reach extreme heights

We can thank evolution for this, says Terence D. Capellini, a human evolutionary biologist at Harvard University. “Height is not just about height,” Capellini says. “It’s about the overall biological growth of an organism, at least in humans.” Researchers surmise that how tall we become isn’t an isolated piece of our extremely intricate genome. Rather, it’s intertwined with other growth processes, like organ development. Over millions of years, natural selection has forged the blueprint for the human genome and therefore influenced body and organ growth through linked genes and subsequent tissue growth. Our height, then, is simply a byproduct.

Besides genetics, environmental factors like proper nutrition and modern healthcare can impact height. Still, genes take on the lion’s share of the work, accounting for 70 to 80 percent of the result. Height generally evens out around puberty and that’s when those evolutionary mechanisms step in. When we reach our predetermined heights, a biological mechanism called programmed senescence eventually turns off the genes responsible for growth. Most people grow taller until puberty ends, their bones continuously lengthening. This process occurs at the growth plates, two layers of cartilage located in children’s vertebrae and long bones, such as the femur and tibia.

We grow quickest as fetuses, says Jeffrey Baron, a pediatrician and head of Growth and Development research at the National Institutes of Health. The added centimeters generally decrease afterwards. In fact, fetuses grow about 20 times faster than five-year-olds. Infants’ growth plates are also highly active, causing them to grow rapidly. As a child gets older, growth plate activity slows down. Eventually, in mid- to late-adolescence, the growth plate activity ceases and teenagers reach their adult height.

Compare the growth process to a wind-up toy train, Baron says. Winding up the train’s spring causes the coil to tighten with potential energy. Upon release, the train zooms forward but gradually slows and putters out as the spring winds down. When we use up our genetically programmed growth potential, like the unwinding spring in the toy train, our growth slackens and eventually stops.

Hundreds of genes likely influence height. In fact, a study out in 2018 found over 500 height-related genes. These genes manipulate the behavior of growth plates and control bone length.

“For most of us, it’s not just one gene that makes us short or tall,” Baron says. “It’s many, many different genes.”

Though rare, mutations in height-related genes can trigger unusually tall stature. “The Princess Bride” actor André the Giant had pituitary gigantism, a condition in which the pituitary gland produces too much growth hormone, which controls height. There are other conditions that affect height, too, such as skeletal dysplasias, which result in shortened and often malformed bones.

The conditions that result from excess growth hormones also carry serious health risks, according to a February 2019 Endocrine Society study. These include heart failure, bone disease, and an overall “impaired quality of life.”

By recording thousands of people’s heights in genome-wide association studies, which look for genetic variations that occur more frequently in groups of people who all share the same physical traits, researchers aim to better understand the links between height inheritance and disease susceptibility.

Clarifying the mysterious relationships between genomes could transform how we treat diseases. For example, genetic variants causing short stature may also make it more likely for someone to develop coronary artery disease (CAD), according to a 2015 NEJM study. And, if we are able to pin down certain genetic variations more precisely, then in the future, genome editing techniques like CRISPR, which can correct faulty genes, may facilitate new growth disorder therapies.

ask anything
ask popsci
Ask Us Anything
genetic traits
genetics